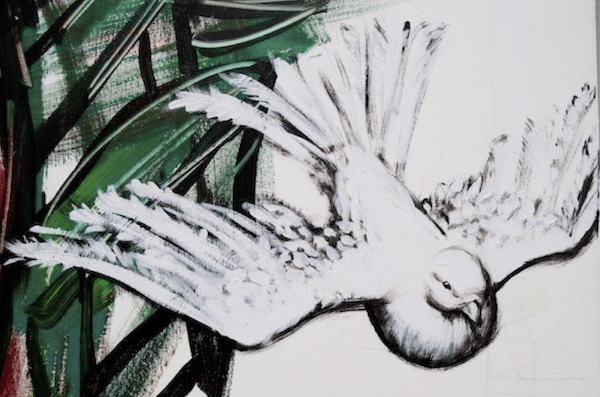 The U.S. determination to continue NATO’s progressive expansion toward the Russian Federation’s borders has brought about a scenario with implications of unpredictable scope, which could have been avoided.

United States’ and NATO’s military moves toward regions adjacent to the Russian Federation in recent months are well known, and were preceded by the delivery of modern weapons to Ukraine, which together constitute a military siege.

It is impossible to make a rigorous and honest examination of the current situation in Ukraine, without carefully assessing the Russian Federation’s just demands of the United States and NATO, and the factors that have led to the use of force and non-observance of legal principles and international norms which Cuba strongly supports and, are, particularly for small countries, an essential resource in resisting hegemony, abuse of power and injustice.

Cuba is a country that defends International Law and is committed to the Charter of the United Nations. Cuba will always defend peace and oppose the use of force, and threats to do so, against any state.

We deeply regret the loss of innocent civilian lives in Ukraine. The Cuban people have had and continue to have a very close relationship with the Ukrainian people.

History will hold the United States accountable for the consequences of an increasingly offensive military doctrine beyond NATO’s borders, which threatens international peace, security and stability.

Our concern has grown worse with NATO’s recent decision to activate, for the first time, its Response Force.

Ignoring the well-founded claims made by the Russian Federation concerning security guarantees for decades and assuming that Russia would remain defenseless in the face of a direct threat to its national security was a mistake. Russia has the right to defend itself. Peace cannot be achieved by mounting sieges or encircling states.

The draft resolution on the situation in Ukraine not adopted by the UN Security Council February 25, which will be submitted to the General Assembly, was not intended as a genuine contribution to resolve the current crisis.

On the contrary, it is an unbalanced text, which does not take into account the legitimate concerns of all parties involved. It does not acknowledge either the responsibility of those who instigated or took aggressive action that led to the escalation of this conflict.

We call for a serious, constructive and realistic diplomatic solution to the current crisis in Europe, via peaceful means, ensuring the security and sovereignty of all, as well as regional and international peace, stability and security.

Cuba rejects hypocrisy and double standards. It should be recalled that in 1999 the United States and NATO launched a major attack on Yugoslavia, a European country that was fragmented with a high cost in human lives, in pursuit of geopolitical objectives, disregarding the UN Charter.

The United States and several of its allies have used force on many occasions. They have invaded sovereign states to bring about regime change and interfere in the internal affairs of other nations that do not submit to their interests of domination, defending their territorial integrity and independence.

They are also responsible for the deaths of hundreds of thousands of civilians, which they label as “collateral damage,” millions of displaced persons and widespread destruction across our planet in their wars of plunder.