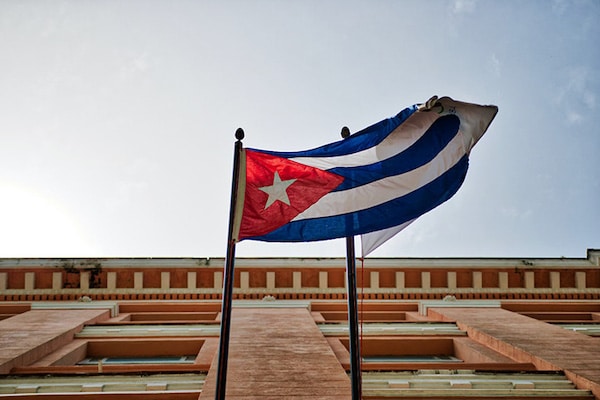 Against decades of prevarication, there is a dramatic illustration of the torture of Cuba over sixty years, including John F. Kennedy’s terrorist war against Cuba, which nearly resulted in nuclear war in 1962 and the crushing blockade, strongly opposed by virtually everyone, including the vast majority of Americans.

When the Soviet Union collapsed and withdrew its limited support for Cuba, the misguided illusion collapsed with it, and the U.S. imposed even more brutal measures to crush Cuba under Clinton and Bush.

The false justifications were designed to convince the general public, that can be found in internal documents, which are admirably frank about the real reasons for torturing Cuba, which are explained in the classified 1960s Kennedy and Johnson documents.

Cuba’s crime is called “its successful disregard for U.S. policies dating back to the Monroe Doctrine of 1823,” which declared Washington’s right to dominate the hemisphere, a principle that became much more widespread after World War II.

We have just commemorated the 20th anniversary of one of the mechanisms used to strangle Cuba, the control of the naval facilities at Guantanamo Bay, vital to Cuba’s development. Guantanamo was stolen from Cuba at gunpoint in 1903 as part of the system to maintain it as a virtual colony after the United States intervened to prevent Cuba’s liberation from Spanish rule.

Cuba’s efforts to reclaim Guantanamo have been ignored. For many years, it was used illegally to hold Asians fleeing U.S.-generated terror and misery. Twenty years ago, the Bush Administration turned it into one of the world’s most horrific torture chambers and is still holding tortured and uncharged victims.

Information on all this and countless other matters was provided to Americans and the world public by WikiLeaks, a crime that will not be forgiven, as power begins to evaporate when exposed to sunlight.

(Remarks at The Belmarsh Tribunal organized by The People’s Forum)