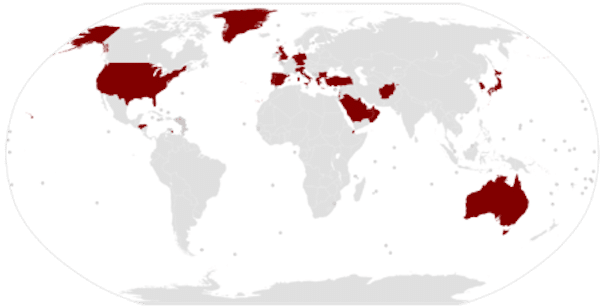 THERE is a common misconception that while the immediate aftermath of political decolonisation was marked by attempts by metropolitan powers to retain control over the resources of the erstwhile colonies, for which they used all kinds of instruments from coups to armed interventions against the newly independent governments, that period got over after a time. The metropolitan powers are now reconciled to the fact of political independence of their colonies; and whatever international arrangement prevails at present is the outcome of voluntary negotiations between countries, not of coercion exercised by some over others.

While the concept of neo-colonialism, it is argued from this, was an appropriate one for the period of the fifties and sixties, and represented an attempt by the metropolis to perpetuate the colonial arrangement, the subsequent years have been quite different. The more recent years therefore cannot be covered under the term imperialism, even though the neo-colonial period must be counted as belonging to the era of imperialism. In other words, the term imperialism, while it may be defined to cover the period of colonialism and neo-colonialism, is no longer relevant now.

This is a misconception because it identifies imperialism exclusively with the exercise of violent coercion, rather than with the substance of the relationship between the metropolis and the countries of the periphery. It defines imperialism in terms of “form” rather than “essence”, mistaking “form” for “essence”. The fact that the essence of the relationship that constitutes imperialism no longer requires violent coercion and can be made to prevail apparently voluntarily, does not detract one iota from the fact of its prevalence; and that is what matters.

The essence of the relationship of imperialism lies in the control over the world’s resources, including land-use, by the metropolitan powers. The erstwhile colonies had acquired control over their resources after much struggle, precisely during the period described as neo-colonialism; in fact it is this struggle that defined neo-colonialism. But neo-liberal globalisation has meant that control over these third world assets have been returned to metropolitan capital without the need for any such struggle.

This is also what has happened in India. The idea of natural resources remaining with the State, being owned and developed by the State, was incorporated in the 1931 Karachi Congress resolution that had for the first time provided an outline of what a free India would look like. What the Karachi resolution envisaged remained the official policy in India right until “liberalisation”. But under the neo-liberal regime, foreign capital was invited once again to develop natural resources in the country (alongside domestic monopolists).

This reversal in the attitude towards metropolitan capital that characterised not just India but a host of other third world countries was forced upon them by three international organisations working at the behest of globalised finance: the IMF, the World Bank and the WTO. The roles of the IMF and the World Bank in this process are well-known, but less is known about the role of the WTO. Using the utterly infamous theory that free trade is beneficial for all trading partners, despite the fact that the long colonial experience had clearly shown the destructive, de-industrialising consequences of “free” trade, the WTO imposed a trade regime on the third world that was entirely to the advantage of the metropolis. One consequence of this trade regime, the only one we shall be concerned with here, is to destroy foodgrain self-sufficiency in the countries of the periphery, so that they provide markets for the surplus foodgrains grown in the metropolitan countries, while turning land-use within their own territories towards the production of a whole range of crops, from greens and vegetables to fruits and flowers, that cannot be produced at all, or in sufficient quantities, in the metropolis. The destruction of foodgrain self-sufficiency, as has happened in African countries, makes the third world vulnerable to famines on the one hand and imperialist arm-twisting on the other.

But if the destruction of foodgrain self-sufficiency in the third world is dangerous, the instrument used for this purpose is irrational beyond belief. The first element of irrationality is the distinction that the WTO draws between “permissible” and “impermissible” transfers by the government to the farmers: direct cash payments by the government to farmers are “permissible” but payments through price-support are “impermissible”. Now, in a country like the USA where famers constitute a minuscule percentage of the total population, direct cash payments are easy to make; but in a country like India, where there are millions and millions of farmers, the only feasible way in which they can at all be supported is through price-support. Hence the very distinction between “permissible” and “impermissible” transfers, defended by invoking some entirely illegitimate strand of economic theory, is inherently biased against farmers in countries like India.

The second element of irrationality arises from the mode of calculating the magnitude of “impermissible” transfers. To illustrate the point let us take the specific complaint made by the U.S. against India to the WTO. In the base year, which is the average for 1986-88, there was a certain international dollar price for rice and for wheat; these multiplied by the base year exchange rate of the rupee against the dollar, give us the base year benchmark rupee prices of these crops. The excess of the current year’s minimum support prices declared by the government of India for these crops over these benchmark prices, multiplied by the entire outputs of these crops, gives, according to the U.S., the subsidies to the producers of these crops, which, if they exceed a certain proportion of the values of these crops’ outputs, are supposedly against WTO rules. On this basis the U.S. claims that in 2013-14, the benchmark price of wheat in India should have been Rs 360 per quintal compared to an MSP of Rs 1390.

We do not want to discuss here the validity of the U.S. complaint, or suggest that this is what the WTO actually said. The matter is sub judice and the precise WTO rules will be clarified in due course; but the very fact that the U.S. could complain in this manner suggests a lacuna in the WTO rules, on two issues. First, why should the entire output be deemed to have been purchased at the MSP, and the “subsidy” calculated on that basis, when in fact only a small fraction of the output is purchased? In other words, the fact that much of the foodgrains produced by farmers is for their own consumption is completely ignored by the WTO; that is, the specificity of the foodgrain economy in a country like India does not figure in WTO rules. And, second, the very idea of a base “benchmark” price, indeed of any base year price, whether a base dollar price or a base exchange rate, which abstracts from inflation (that would in practice raise both), is grossly unrealistic. It biases the WTO rules against food production for self-sufficiency in the third world, promoting a shift of land-use in a direction desired by the metropolitan countries.

Thus it is not just the World Bank and the IMF that promote “free trade” and then use the balance of payments difficulties of third world countries arising from the pursuit of “free trade” as an argument for “austerity” which serves to release primary commodities for metropolitan use at non-increasing prices; the WTO too shifts third world land-use towards non-foodgrains that serve the interests of imperialism.

What the armed intervention by metropolitan powers in the immediate post-decolonisation period was meant to achieve, namely a drastic change in the ownership, pattern of use, and the relative prices of the natural resources, including land, located in the third world, is now being imposed through “peaceful” means upon the third world, by international institutions acting in the interests of imperialism. In fact the period of neo-colonialism characterised by armed intervention can in retrospect be seen as a transitional phase before appropriate institutions in the place of direct colonial rule could be devised. Now that they have been, there is no need for any armed intervention, and no manifestations of neo-colonialism; to see in the absence of such manifestations an absence of imperialism, is to miss the point completely.