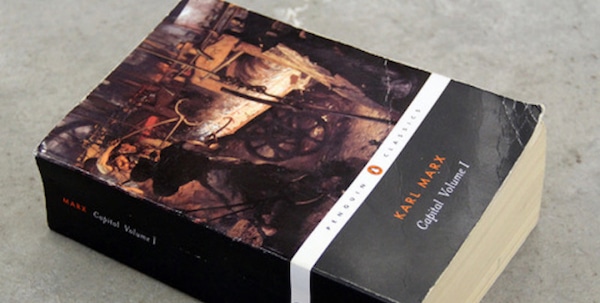 Books have been a great factor in human culture. The Qur’an says:

Do not argue with the People of the Book except only by the best manner, except the unjust among them. Tell them, ‘We believe in what is revealed to us and to you. Our Lord and your Lord is one. We have submitted ourselves to His will’.

By “People of the Book” it meant principally Jews and Christians. These book-based religions were an intellectual innovation. The book-basis gave Christianity and Islam an expansive power and a cultural breadth that earlier religions had not had. Through books, at least for a minority, religious doctrine, which to many people then was substantially the total of abstract and theoretical thought, became something which could be glossed, analysed, and argued over in a way requiring detailed study.

From the late 10th century, in Europe, it became standard to write manuscript books with spaces between the words. Before then, with materials to write on expensive and rare, texts had been written with the words run together. To read them demanded exceptional skill and training, and was most done aloud, to an audience.

It appears that silent individual reading was known in earlier epochs. But the new way of writing made it easier and more widespread. From about the 13th century in Europe, with the rise of universities, the process of reproducing books by writing them out again by hand became more systematic and larger-scale. Then, from the middle of the 15th century, printed books appeared.

As Lucien Febvre puts in his classic history:

The printed book was… one of the most potent agents at the disposal of western civilisation in bringing together the scattered ideas of representative thinkers.

It rendered vital service to research by immediately transmitting results from one researcher to another; and speedily and conveniently, without laborious effort or unsupportable cost, it assembled permanently the works of the most sublime creative spirits in all fields… By so doing, it gave their ideas a new lease of life and endowed them with unparalleled strength and vigour. They came to have a new kind of coherence and, by the same token, an incomparable power for both transformation and propagation…

The book created new habits of thought not only within the small circle of the learned, but far beyond, in the intellectual life of all who used their minds.

The printed book transmitted ideas from ancient Greece and Rome; it became a factor in the spread of new thinking in the Renaissance and Humanism; it enabled religious disputation on a wide scale, notably in the Reformation; it led to increasing numbers of religious people wanting and being able to study the Bible themselves, to evaluate and compare passages according their own reason, rather than being limited to follow the priests’ digests; it was the precondition for the development of natural science; it was the precondition, in general, for thought becoming more reflective, critical, and analytic.

Euclid’s Elements had been transmitted in manuscript for hundreds of years. It became the second mathematical book ever to be printed (the first, a few years earlier, being a practical guide for commercial arithmetic). The printed book then became the basis of all mathematical education for hundreds of years, and was at first, in the early 20th century, superseded only by textbooks like Durell’s heavily based on it and giving a digest of it. Only since the 1960s have mathematicians ceased to be “People of the Book”, with the book being Euclid.

In 1886 Engels described Marx’s Capital as “the Bible of the working class”. His thought was not at all that it was a “religious” text, above criticism. Rather, that it was a text through which the processes of silent individual reading, careful comparison of passages and analysis of arguments, and acquisition of a common framework of references, could develop in the workers’ movement. It developed more in some countries, less in others.

Antonio Gramsci considered it a fundamental flaw of the pre-1914 socialist movement in Italy that its culture had been based on speeches and short agitational articles rather than books. A stronger movement required “an unyielding struggle against habits of dilettantism, of improvisation, of ‘rhetorical’ solutions or those proposed for effect…” It was necessary “to combat the habits formed in public speaking — prolixity, demagogy…”

Books or even pamphlets have come to have less weight in the British left in recent decades. It has become not unusual to find long-active people who have studied few or none of the basic Marxist texts and rely for their “education” on tweets, Facebook statuses, memes, and such. Paradoxically, one of the drivers here is that more left activists have had higher education. With the huge expansion in academic publishing, no university degree can cover more than a small fraction of the literature in its subject. So lecturers go for the easily available, the quick summary, the overview, the extract, the digest. Most students read few books. The skill of quickly skimming a range of material, absorbing a suitable fraction of it, and rehashing it fluently in an essay or assignment, is encouraged.

That’s enough for the student who will go from a humanities degree to a job in accountancy or finance or PR or such. The system works positively to deter people from systematic study of substantive texts, rather than processed rehashes, and to train them in the idea that deep study is too difficult. Then, if the student comes into the socialist movement, the way to seem on top of current debates is to skim blogs and Facebook, not to read books.

• Paul Saenger: Space between Words: The Origins of Silent Reading
• Lucien Febvre and H-J Martin: The Coming of the Book. The Impact of Printing 1450-1800