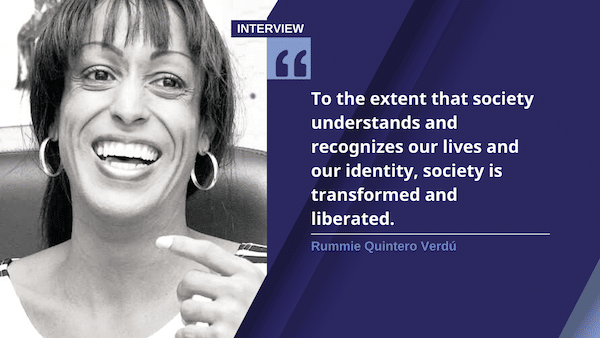 A dancer, coach, and transgender rights activist, Rummie Quintero Verdú is the founder of Venezuelan Divas [Divas de Venezuela]. That longstanding organization struggles for the rights of the country’s dissident sex-gender community. In this interview, we talk about her experience growing up as a trans person in the working class 23 de Enero barrio in Caracas, and about the situation of trans people in Venezuela in general.

Cira Pascual Marquina: As a trans woman growing up in the 23 de Enero barrio, what was your childhood and youth like?

I had a happy childhood: I was very free and my personality developed outside of the predetermined confines of gender. It was only when I went to school that I began to clash with society’s gender prejudices. That is when the trouble began.

I always tell an anecdote about kindergarten. One day the teacher asked me what costume I would want to wear for carnival. I said that I wanted to be “badgirl.” That provoked a great deal of laughter among my classmates, but I didn’t understand what was so funny. The teacher asked me again, and again I said “badgirl.” Then came more laughter, and I realized something was awry. The truth is that laughter and humiliation are mechanisms to channel people down the path of “normalcy.”

That is when I began to experience tensions in my daily life. Still, while I clashed with the exclusionary norms of society, I also became a dancer and athlete. Eventually, I became the national aerobics champion, and dancing became a life project.

Sports and dance opened doors for me that were denied to other trans people. Of course, the process was still very difficult.

CPM: Can you tell us about your transition process in the patriarchal and heteronormative Venezuela of the 1990s?

RQV:  Every transition process is different. In my case, as a teen, I began looking for a community and, since I didn’t identify with the local machos, I briefly identified with the gay community. It was what most resembled me.

However, that space did not quite coincide with my inner self, so I began to explore the feminine more deeply. It involved an ongoing process of self-acceptance… Little by little I began to project my true self to the world.

Of course, this step led to inner upheaval. In lay terms, that is when the catastrophe began! However, I found refuge in dance. Dance and sports opened doors for me and were empowering.

CPM: How did your family take it?

RQV:  Things were not easy with my family. The process was long and painful. First, my family lost their heterosexual son and, next, after they had begun to accept their gay son, they lost him too. Recognizing me as a daughter was not easy for them.

Over time, my family’s pain led to resignation and then to acceptance. It was a very complex process, but it wasn’t as suffocating as not recognizing my feminine identity.

For me, as for many trans people, living with the gender role imposed by society triggered suicidal thoughts. Fortunately, the spirituality I got from my family helped me understand that some higher force wanted me to be born with a penis and not a vagina–but also that this fact shouldn’t hinder my full development as a person. 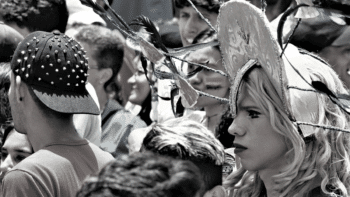 CPM: There is no doubt that the more than twenty years of the Bolivarian Process there have brought some advances for the LGBTIQ+ community. However, same-sex marriage, the institutional recognition of transgender identities, and many other issues are still to be resolved. What have been the advances and what are the pending tasks?

RQV:  Let me begin with the progress. A space recognizing the dissident sex-gender community began to open up during the Bolivarian Process. It is important to highlight that it opened because of our struggle in the political and cultural spheres. However, it is also true that a counterculture began to emerge with Chávez: in Chávez we found support.

Today we are conversing in the Andrés Bello House of Literature in Caracas, an important cultural institution that bears the name of a universal historical figure. One can take this as a measure of the changes that our society has undergone.

Chávez was a leader with great humanity and empathy. He was a humble person who knew how to put himself in the shoes of those who were different. In fact, in 2011, Chávez himself promoted the first law incorporating the principle of non-discrimination based on sexual orientation, gender identity, and gender expression: the Popular Power Law. This law is very important for us, because it guarantees our protagonistic participation in all spheres of Venezuelan politics.

Twelve years earlier, the 1999 Constitution had implicitly recognized gender dissidence in an article stating that no human being should be discriminated against in any way. However, Article 3 of the Popular Power Law went much further: not only does it make explicit the principle of non-discrimination based on sexual orientation and gender identity, but it also recognizes the right to gender expression. This means that the law not only gives full rights to trans MTF [male-to-female] and FTM [female-to-male] people, but also to non-binary people and other sex-gender dissidents.

We celebrate these advances, but our society still has a debt to settle with the dissident sex-gender community. Here I want to draw attentention to two outstanding issues: same-sex marriage and the institutional and administrative recognition of the gender identity of trans people. 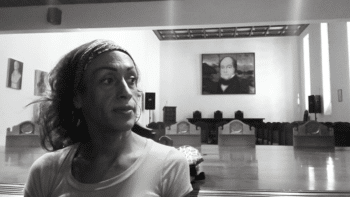 CPM: Can a trans person in Venezuela request a change on their name or gender on their ID?

RQV:  Article 60 of the Constitution prohibits all forms of discrimination, advocates for the free development of personality, and promotes respect for a person’s self-image. However, as it stands now, we cannot legally change our name or gender.

For the trans community, a change in the legal framework so that we are identified as we are cannot be postponed: it is a matter of life or death. Identity is a human right, and a socialist project should not deny people the recognition of gender identity and bodily autonomy. Gender identity is not a citizen’s random personality trade: my right to identify as a woman is fundamental to my life. Institutions don’t have the right to impose a gender identity for life just because I was born with a penis.

RQV:  One of our victories is the depathologization of trans identity. Unfortunately, this has led some people to say: if trans identity is not a pathology, then why should hormonal treatment be covered by the state. What these people don’t understand is that when we say that a trans person does not have a pathology, this does not mean that this person does not need hormonal treatment. Many trans people do need it.

Additionally, it is no secret that trans people are victims of violence: our patriarchal, sexist, heteronormative society discriminates, segregates, and isolates dissident people, and this can cause depression and anguish. Being trans is not a disease, but the way society treats us us can lead to depression. That is why psychological support is also important.

CPM: The situation of trans people is complex all around the globe: discrimination and violence is tragically common. In Venezuela, there is no official data on this matter, but NGOs have documented more than 100 murders of trans people in the last ten years. What should be done?

RQV:  Indeed, the violence experienced by the trans community is a serious problem. Moreover, violence and discrimination have intensified during the crisis that our country is going through as a result of the imperialist blockade. It’s urgent to address the situation of trans people today!

It is also necessary to reactivate projects such as the Belinda Álvarez Care Center. This was a project that formed part of the Negra Hipólita Mission, which Chávez created for the social reinsertion of homeless people.

Shortly after the center was inaugurated in 2011, I went to visit it, and I found a catastrophic situation: trans women were being housed in the basements of a building in unsanitary conditions. They had no bathrooms, no privacy, and no medical attention! Some other people and I were able to intervene, with the result that people like Gabriela Castillo, who is now part of Divas, were able to reinsert themselves in society.

Unfortunately, corruption and pressure from evangelical groups brought down the Belinda Álvarez Care Center. However, the experience shows that with care and work–which in my case was pro bono work–social reinsertion is possible.

CPM: Just walking around the city, I have witnessed aggressions by state security forces against trans people. Is this situation common?

RQV:  Unfortunately, our security forces have not stopped operating according to the logic of the existing machista system. However, we can see that the “social prophylaxis” practices so common in the 90s are now much less common because of the training that police people received from the UNES [Experimental Security University].

The UNES was a university that was part of a wide-ranging police reform promoted by Chávez. The UNES encouraged new practices among the police and worked with community, social, and labor organizations. In fact, we were able to influence the reform process. 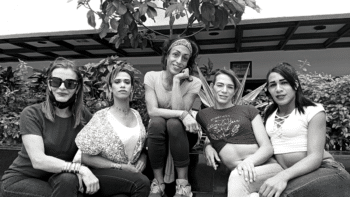 CPM: Karl Marx argued that a nation that oppresses another nation cannot be free. We could also argue that a people oppressing non-normative gender expressions cannot be free either. What role does the LGBTIQ+ community play in the construction of a new society?

RQV:  I am Rummie Quintero Verdú, a trans woman, and I exist. By daring to exist, I am already changing the world. That change is not just for me, it is for society as a whole! Of course, this does not mean that by living our lives, we can change everything that needs to be changed: the struggle is ongoing.

As we conquer rights for the trans community, we are also conquering rights for cisgender women. Why? because our struggle frees them from the social constructs imposed on women. In addition to that, our struggle also includes non-binary and intersex people; all sex-gender dissidences are part of our struggle–we are changing the world together.

To the extent that society understands and recognizes our lives and our identity, society is also transformed and liberated. Free self-construction and mutual care–which are fundamental principles for the Divas organization–are key to the construction of a new society.