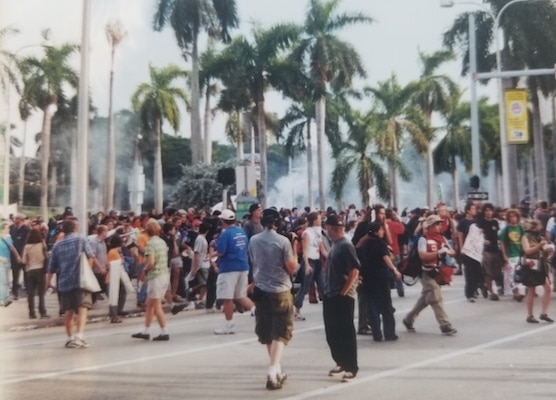 It seems like workers and their unions are in the news more than ever lately. Starbucks baristas, Amazon warehouse workers, John Deere strikers, and even New York Times tech workers, who just unionized, have all starred in the recent swell of labor coverage. The pandemic launched essential workers out of the media’s shadows, making this largely Black, brown, and female workforce much harder for reporters to ignore. Yet the shift in the media’s coverage of labor has been a dozen years in the making. It started before the pandemic and even predates the current upsurge in union organizing. Why are we seeing this increase in working-class and labor reporting? And how does it connect with larger shifts in how Americans view class itself?

For many years, I did media outreach for the national AFL-CIO, so I spent much of my time talking to labor reporters. When I started at the federation in 1998, there were about 20 reporters on my A-list. By the time I left, in 2009, there were three. Even in the early days, when the roster was more robust, it was extremely difficult to get stories about workers’ grassroots struggles and protests into the corporate, legacy outlets. Only two national reporters did any in-person reporting on the 5,000 Avondate shipyard workers who fought a six-year battle to unionize their Navy shipyard in New Orleans in the late 1990s, for instance.

Important labor stories just didn’t get covered. Only one outlet covered the massive labor and environmental protests against the 2003 Free Trade Area of the Americas (FTAA) ministerial meetings in Miami. Police shot at unionists with rubber bullets, clubbed protesters, and tanks lined the streets outside a rally. I remember watching in shock as tear gas filled the streets next to union retirees. You probably haven’t heard of this protest, because there was only one brief news story and no in-depth coverage or analysis.

The issue went beyond the labor beat. Reporters in general only used the term “working class” during election season, when they dusted it off to track voting trends among white workers without college degrees. Even the AFL-CIO didn’t refer to workers as “working class” in these years, because it deemed that term more divisive than “working families.” Though the media still has a long way to go to fully cover the interests and activities of today’s diverse working class, it gives far more attention to working-class issues than it did during my tenure doing press work for labor, even when it doesn’t use the word “class.”

I couldn’t believe it when so many reporters recently flocked to Bessemer, Alabama to cover the Amazon warehouse workers’ union election. Many thought the vote was unprecedented, given that the media long ignored Southern workers’ union organizing.

So what changed? I suspect that the uptick of media coverage of workers and their unions is linked to larger shifts away from a dominant neoliberal consensus and also to changing understandings of class itself. This seismic shift started after the economic crash of 2008–2009, and inspired a new emphasis on inequality that fueled the Occupy Wall Street movement in 2011. These events shot holes in many tenets of the neoliberal consensus: that all trade and globalization was good at any price; that shareholder value was the ultimate goal of the economy; that public goods were better privatized; that unions were Luddites who stood in the way of all this progress. These neoliberal tenets had held for forty years, since the 1970s, but most people’s lived experience did not bear them out. The idea that the 99% lost out to the 1% rang true for many, and their thoughts on what was fair began to change.

Young people who entered this economy during and after the financial meltdown of 2008 found a working world that was incredibly different from the one that Baby Boomers and GenXers entered. They came of age in a time when neoliberal thinking had far less of a foothold and when precarious, contract work was much more normal. They weren’t going to do as well as their parents had, and they knew it. Young people today are the demographic that is most supportive of unions; recent Gallup polling found that 77 percent of people under 35 favor unions.

The reporters driving the change in labor coverage are of this generation. Many got their start in the newly-minted digital media platforms, like VICE and Gawker, which they then unionized. They also began reporting in a time when social media had dismantled the gatekeeping function at the legacy outlets that had long ignored labor. They began bringing their own experience as young people in a precarious economy to their reporting, and they focused in a new way on class. Many of them were not white men, and so reporters like Michelle Chen, Sarah Jaffe, Kim Kelly, Lauren Kaori Gurley and others, shaped what they deemed newsworthy. When the pandemic hit, this new cadre of labor reporters showed the virus’s impact on the working class. Young reporters at digital outlets led the way, and the legacy news outlets followed.

But it’s not just the reporters who are changing; their readers’ worldview is changing, too. The neoliberal, markets-fix-everything mindset had already taken a hit in the 2008 crash. Then during the pandemic, many middle-class professionals watched from the safety of home as essential workers, largely working-class people of color, braved the virus. They saw that these workers didn’t get treated better or paid more for their labor, even as housing and living costs continued to skyrocket. Thus, the stories that new labor reporters offered about workers and their experiences found an intense interest among readers.

The new upsurge in labor media coverage is anchored in fresh awareness about class and its role in America today, a growing understanding that is stripped of the anti-Communism that shaped ideas about class for much of the twentieth century. It’s not yet clear how fully this working-class renaissance will develop. What is clear is that a new generation of labor reporters is standing ready to report on it. This increased coverage, in turn, may allow the next generation of worker activists to see their own movement’s growth, and that may inspire even more to take a stand.

Lane Windham is the Associate Director of Georgetown University’s Kalmanovitz Initiative for Labor and the Working Poor and the author of Knocking on Labor’s Door: Union Organizing in the 1970s and the Roots of a New Economic Divide.