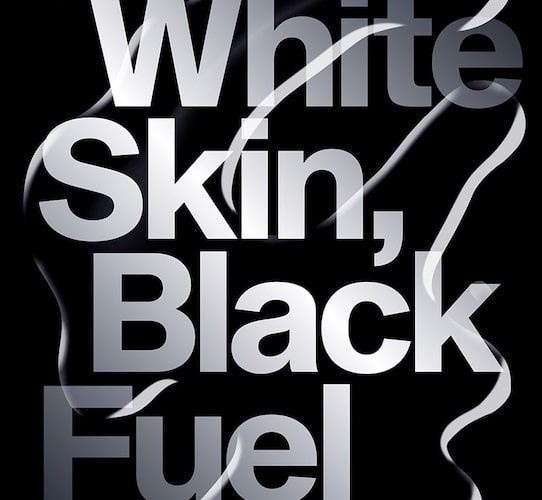 As regular readers of this blog will be aware I think that Andreas Malm, even where I disagree with key points of his argument, is one of the most stimulating Marxist authors on environmental politics. So it was with eager anticipation that I looked forward to this new publication “one the dangers of fossil fascism” that Malm has co-authored with the network the Zetkin Collective, a group of scholars and activists “working on the political ecology of the far right”. 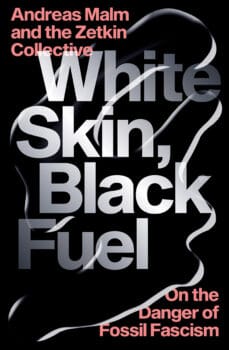 The book does multiple things. It opens with a study of the far-right and fascist movements and looks at their “anti-climate politics” and asks “what would it mean to live in a oworld both hotter and further to the right” than it is today. It argues that the far-right’s fixation with anti-climate views is closely tied to its anti-immigration perspective and the way that developing capitalism associated technology (and particularly fossil fuel technologies) with white supremacy. The authors argue in the introduction:

[The book] traces lineages of resurfacing ideas and contends that white skin and black fuel have been coupled for long time–indeed, machines powered by fossil fuels were infused with racism from the very first moment of their global deployment. The European incubator for skin and fuel was an empire… It is out contention that one cannot understand recent developments [of the far right] or their possible continuation and aggravation, without such a longer view.

Much of the first part of White Skin, Black Fuel is a study of the reality of far-right politics. This links various aspects of conspiracy theory (white replacement) and Islamic takeover, with wider hatreds of immigrants and Muslims with anti-scientific and views that can only be described as pro-fossil fuel industry on climate change. The discussion of the specifics of these ideas are detailed and for anti-fascist readers they are at times depressing–detailing the extent to which they have become mainstream. Shockingly the growth of the far right and the mainstreaming of their arguments around climate and immigration have pulled the centre left towards them. The authors note, for instance, that in Denmark, the social democrats “came close to another line of reasoning: in a warming world, it is even more imperative to patrol borders and send people home” as a result of the growth of the far-right.

Quite why the far-right deny climate change is superficially difficult to explain. Climate denial goes deep into their core politics, and there is a particular animosity to wind turbines. Indeed the authors note that there is a “striking similaritiy to the hatred of minarets, mosques and calls to prayers”. However its not just climate denial and dislike of renewable energy. The book shows how there is a general “defence of fossil capital” by the far-right. Part of the explanation for this lies, the authors contend, in the way that fascism in the 1920s and 1930s evolved out of a modernist view that celebrated technology and the speed of cars and aircraft. It need not detain us here, but there are some fascinating sections on how the Mussolini and Hitler regime courted and enjoyed the automobile and aircraft industries. We should mention Henry Ford in passing too. Bringing it back to the modern day, and discussing the Hungarian government, the book comments:

The climate policies of one of the most notorious far-right governments in Europe were.. primarily geared to fossil capital in general. They were as yet rarely couched in terms of denial, but rather hidden in official indifference to the issue, paired with the all-consuming passion.

Part of the reason behind far-right denial is the way that they articulate liberal climate policies as being about attacking ordinary people: an excuse for taxes, or taking away the person freedom to drive a car. In my opinion, and shared I think by the authors, the need to articulate the frustrations of the disenfranchised middle class by fascists and the far-right means they can use green politics (as pushed by the mainstream) as an attack on ordinary people and, in turn, give them something to rail against.

The consequences of such an approach are horrific:

most of the forces we have inspected have associated the struggle against climate change with black and other non white people–it’s for them, not us: ‘Let them drown’ is here not a faint, undefined propensity: it is the policy. The choice of apocalypse–the real threat to the world is their presence among us–aggravates it further. But the far right would scarcely be able to advance this message if it did not have a wider indifference to work on and, as it were, mobilise. We can reformulate this as a a general hypothesis: the anti-climate politics of the far right is now a phenomenon of such rank that it must stand on the shoulders of a much wider and broader set of relations of the kind that we normally refer to as ‘racism’.

Essentially, as the far right see the world, white people are good, intelligent, technologically developed and black people are backward and primitive. This racism dovetails with a capitalist fossil fuel worldview that suggests that the world can be remade in the interests of white people and that black people are a barrier to this. They explore the evolution of this world view through a fascinating discussion of the centrality of steam to the colonial project particularly of Britain.

The far right tends to cultivate a ‘producerist’ notion of white people as generators of wealth and non-whites as parasites: it works hand in glove with unswerving loyalty to the productive forces (literally) in question…. the relation between the contemporary far right, energy, climate and nature cannot be understood in abstraction from the history of modern racism and how it has related to these things. And steam was only just the beginning.

There’s a final, fascinating, discussion on why fascism is on the rise today. The authors point out that classical Marxism understands fascism as a reaction to revolutionary force or potentiality. But this is not “actual” today. They suggest that it is precisely the weakness of revolutionary politics that opens the door to fascism by not being able to articulate an alternative to the chaos of capitalism. Its an interesting argument which I will have to think further on. But it does seem to fit some reality. The world of 21st century capitalism feels out of control–war in Ukraine, climate crisis, economic disaster. Few movements are articulating a progressive alternative. In the face of this chaos, fascism is offering people to blame and giving a confidence to sections of society feeling the blows of capital. White Skin, Black Fuel offers few cheering moments, but its analysis will help arm those trying to understand the far-right in order to offer an alternative.