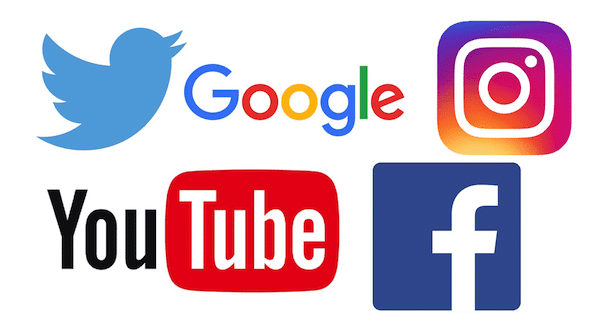 “I was a victim of the McCarthyite hysteria against independent political ideas in the USA— a hysteria which penalizes anyone who holds ideas contrary to the official pro-war, pro-reactionary, pro-fascist line of the white ruling class of that country.”
–Claudia Jones

Freedom of press, like most so-called freedoms awarded under bourgeois democracy, is a lie. In the month since Russia’s military operation in Ukraine, the U.S mainstream media (MSM), which functions as an arm of the state, has been increasing intensification of one controlled narrative: Ukrainian resistance against Putin’s war. Successfully crafting the crisis in Eastern Europe through a hero/villain binary, MSM has obstructed critical thinking, coherent thought, and historical analysis, ultimately resulting in the cheering for and backing of war.

To cement the use of the hero/villain binary and ensure mass acclamation, all media sources from Russia, like Redfish, Russia Today (RT) and Sputnik, were slapped with the words “state affiliated,” alluding to the Russophobic suspicions that Russians (specifically, Vladimir Putin) lie and therefore, Russian media will lie, too. It is insidious for western media and private tech companies to label journalism from nations the U.S. is at odds with as “state affiliated.” Not only does the language of “Russian propaganda” skew how information is viewed, being seen as innately bad, but it also attempts to signal that, somehow, the U.S. does not engage in its own tactics of (counterrevolutionary) propaganda.

The U.S has a proven history of lying its population into wars based on untruths, and weaponizing “human rights” to service the expansion of U.S. hegemony. Mainstream “journalism” in the U.S. serves as an extension of the state but, of course, does not receive these same “state affiliated” labels. Instead, U.S. mainstream media outlets automatically position themselves as “objective”, “factual”, “moral,” and having the “freedom” to engage critically and investigate.

In a 1980 interview with the U.S. Socialist Workers Party, Maurice Bishop said, “…the stuff you see in the New York Times, what you see on all the different channels and on the radio—you really have no possibility of developing a different point of view. Because it’s all just aimed at pushing their point of view. And these are the same people who talk of the free press, the right to have independent views so that everybody gets to hear what’s happening. I mean, I can’t think of a more unfree press than the American media.”

Labels like “state affiliated” can be linked to the Subversive Activities Control Act of 1950 .  Also known as the McCarran Act,. The stated purpose of the Act was to protect the U.S against un-American and subversive activities. This required “communist-front” organizations to label any materials sent through the mail as deriving from those organizations effectively curtailing freedom of information by inviting the persecution and harassment of persons who sent and received those mailings. As Dr. Charisse Burden-Stelly notes in Constructing Deportable Subjectivity: Antiforeignness, Antiradicalism, and Antiblackness during the McCarthyist Structure of Feeling, “such discipline was neither limited to Black radicals, nor applied uniformly to them, they were nonetheless considered especially dangerous and subversive because their anticolonial, anti-imperial, antiracist, socialist, and pacifist forms of activism directly challenged the foundations of the American state:

racialized, militarized capitalist exploitation.” It was an imposition of censorship by construing information from a certain entity as ‘dangerous’ or ‘harmful’ based solely on political orientation forcing organizations to accept the government’s positioning of them as dangerous, subversive, violent, etc. However, labeling these Russian outlets as “state affiliated” has not been enough. Private tech companies in the U.S, as a show of solidarity with the U.S./EU/NATO proxy war in Ukraine, have begun to remove “Russian state affiliated” media from internet and streaming platforms to curtail what they call spread of misinformation (despite being the main drivers of it).

As the hero/ villain binary narrative of MSM attempts to sway the masses into taking a concrete position in support of the expansion of NATO to defeat the “evil” Putin, programs on Radio Sputnik, such as the Black radical show,  By Any Means Necessary, hosted by Sean Blackmon and Jacqueline Luqman, have been removed from ALL major streaming platforms. RT America, one of the few remaining media channels actually maintaining some authentic journalism, has been wiped off major platforms as well. And while liberals champion this as a win for democracy, it must be noted that this uptick in overt censorship has not been limited to “Russian state affiliated” news sources. Lee Camp’s podcast, Moment of Clarity, was removed from Spotify. Over 500 episodes of Abby Martin’s “Breaking the Set” have been removed from YouTube. YouTube also initially scrubbed the Oliver Stone produced film, “Ukraine on Fire,” but has since put it back on for subscribed users only. Journalists are being locked out of their twitter accounts.

Socialists, anti-imperialists, anti-war activists, Black radicals, and other independent alternative voices who challenge mainstream media and its political culture are being explicitly targeted in this censorship campaign akin to the McCarthy era.

The liberal collaboration and legitimizing of “Russiagate” over the last six years gave political cover to this widespread censorship. Reactions to Trump, Marjorie Taylor-Greene, and other right-wing fanatics presented a swift silencing of opposing views as the correct response. Giving private tech companies the green light to decide the voices that should be heard and the voices that should be silenced inevitably resulted in a variety of “left” accounts heavily criticizing the Democratic Party’s domestic and foreign policy being temporarily or permanently suspended over the years. Last March, Pan-African revolutionary blog, Hood Communist, was permanently suspended from Twitter with no explanation to this very day. The heavily propagandized political environment in the U.S. dependent upon hero/ villain binaries to push the Democratic party over the threshold to an election win and alleged “fascist defeat” created an environment where liberals proudly defend censorship of social media by private capitalist corporations and conservatives defending free speech and flow of information.

The scapegoating and collective punishment of Russians, Russian “state affiliated media”, and left voices has little to do with the crisis occurring in Eastern Europe or support for Ukraine. This is an amped up continuation of Russophobic hysteria as a useful tool in inciting and prolonging myths about an axis of Trump-Putin collusion to silence opposing and radical voices. In 2020, Ajamu Baraka was correct in understanding “when certain ‘left’ forces went along with Russiagate, criticized Julian Assange, said McCarthyism 2.0 was a hoax, suggested that the FBI and CIA were honorable agencies that could help support the Mueller investigation, called any questioning of the role of FBI infiltrating Trump campaign and the state’s efforts to prevent him from governing as objective evidence of a ‘Trumpian’ left, and have been silent on Big Tech censorship [they] objectively created the conditions we are now facing with brazen political censorship and the first stage of a dystopian neoliberal prison.”

With the mass approval of the removal of opposing voices, MSM news sources and social media, which serve as sensationalized propaganda organs of the U.S. government and Department of Defense, have been the primary avenues for people to get any information, serving as soft cover for the neo-Nazism in Ukraine by attempting to revise history to serve western imperialism currently. The people most susceptible to mainstream and social media narratives, in defense of and true belief in U.S. hegemony and NATO as a benevolent institution defending democracy, have denied history and cheered on tech censorship, a police state and xenophobic violence. They have cheered on the banning of the Canadian dish poutine,  and Russian cats. They have cheered on the removal of Russian scholarship in universities, Russian athletes from sports events, and even the historical fact of a Russian being the first man in space.

The political construct of the U.S is finding itself in a bind of contradictions, engaging in a cultural war over “Critical Race Theory” while uniting in the suppression of anti- imperialist and anti-war voices whether on “Russian state media ” or independent outlets. The mainstream push for political conformity with the U.S. agenda, thwarting radical movement, is allowing for the approved theatrics of opposing right-wing nationalism domestically while funding and arming it abroad.

Erica Caines is coordinating committee and outreach team member of The Black Alliance For Peace as well as an outreach member of the Black working-class centered Ujima People’s Progress Party in Maryland. Caines is the founder of Liberation Through Reading. She is also co-editor of the African revolutionary blog, Hood Communist