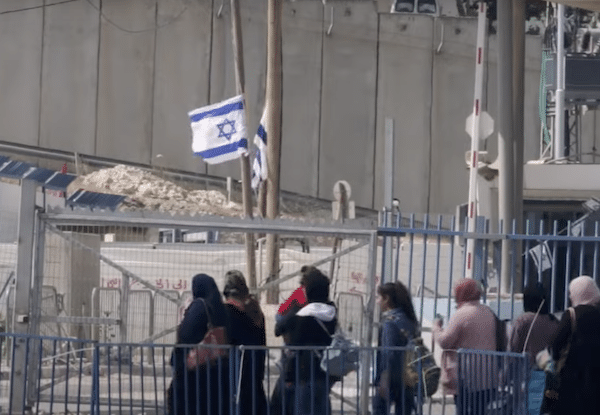 Here at Mondoweiss we’ve been calling the Israeli regime apartheid almost since we started publishing. And of course Palestinians have known it, and been saying it, from the very beginning.

And just this past February, Amnesty International published their report, which did not limit its assessment of apartheid to the occupied territories but included the entire region from the river to the sea–from Israel proper to the West Bank and Gaza and East Jerusalem, as well as refugees living in exile.

Then, the UN Special Rapporteur on Human Rights in the occupied Palestinian territory joined the chorus of experts in declaring that Israel’s continuing human rights violations do in fact, amount to apartheid.

And I am proud to announce today that our new documentary documenting the reality of Apartheid that Palestinians are living under is nearly finished! Here’s an exclusive preview:

Of course, Mondoweiss covered each and every report, paying special attention to the way Israeli apartheid impacts everyday Palestinian lives. The cumulative impact of the most respected human rights groups all coming to sober, well-documented assessments of the nature of Israeli apartheid are landmarks in the building consensus about the nature of the regime. And we also covered the right-wing and establishment blowback to each report, as well as the flaws and biases of each of the reports themselves.

This is not just a matter of semantics. Correctly describing how the Israeli government operates as an apartheid system is an essential tool for activists in Palestine, inside Israel, and around the world.

The Israeli regime’s number one defense mechanism is the heinous double standard applied to Palestinians’ human rights claim. We’ve all seen and experienced that, whether by reading the New York Times, talking to family members, or trying to physically visit Palestine.

Calling it apartheid slashes through that double standard. It’s a high watermark we should celebrate and propel forward.

Our singularly focused reporting on Palestine and the movements that support Palestinian liberation got us to that analysis of Apartheid sooner and allows us to go deeper into what it means today, all while pushing mainstream organizations and news outlets to catch up.

We’re not saying that reports alone can resolve this generations-long catastrophe. But we also know we can’t help Palestinians realize their rights without understanding what stands in their way. Honesty and truth aren’t sufficient to win freedom, but they are necessary.