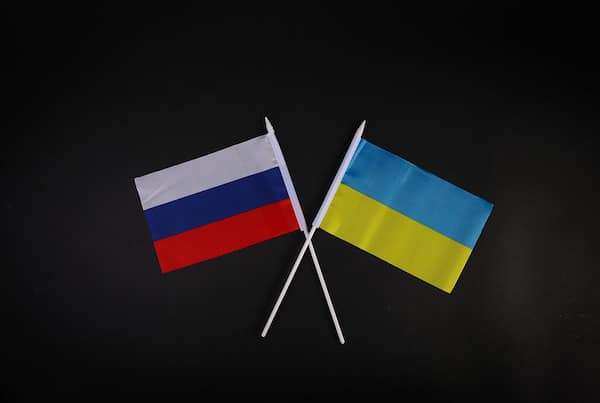 Scott Ritter is a former U.S. Marine Corps intelligence officer who has gained international respect for his independence and integrity as a commentator on conflicts and foreign relations. This week, he was banned on the Twitter social media platform for challenging Western claims of a massacre in Bucha, Ukraine, allegedly carried out by Russian troops. Moscow denies the claims, as have other independent analysts who point to evidence that the incident was a false-flag provocation perpetrated by NATO-backed Ukrainian Nazi regiments to undermine Russia internationally and bolster Western objectives. It is a foreboding sign of the times that Ritter should be banned for daring to question dubious narratives. (He was later reinstated following a public outcry against censorship.)

In the following interview for Strategic Culture Foundation, he makes the crucial point that Russia’s intervention in Ukraine is exposing the involvement of the U.S. and NATO in the training and weaponizing of that country’s dominant Nazi regiments. That is why Western media have been so vehement in trying to distort the conflict and blame Russia. The truth about Western dirty involvement in Ukraine would be too much to bear for the Western public.

When Ritter served as a UN weapons inspector in Iraq during the 1990s he later challenged Western media and government claims that Iraq was harboring WMDs. Those claims were used as a pretext for the U.S.-British war on Iraq launched in 1993 that cost over one million lives, destroyed a nation, created millions of displaced and millions of casualties, as well as spawned international terrorism. It later turned out that the WMD claims were based on deliberate lies for which no Western leader has been held accountable. Scott Ritter was vindicated in his warnings against that war and it is one reason why he is widely respected among international public opinion.

Ritter is a critical commentator on U.S. conflicts and foreign relations. He is a former Marine Corps intelligence officer who served in the Soviet Union implementing nuclear arms control treaties, in the Persian Gulf during Operation Desert Storm, and as a UN inspector in Iraq (1991-98) overseeing the disarmament of weapons of mass destruction. He is the author of Scorpion King: America’s Suicidal Embrace of Nuclear Weapons from FDR to Trump (Clarity Press, 2020).

Q: Do you think that Russia has a just cause in launching its “special military operation” in Ukraine on February 24?

SR: I believe Russia has articulated a cognizable claim of preemptive collective self-defense under Article 51 of the UN Charter. The threat posed by NATO expansion, and Ukraine’s eight-year bombardment of the civilians of the Donbass fall under this umbrella.

Question: Do you think Russia has legitimate concerns about the Pentagon sponsoring biological weapons programs in laboratories in Ukraine?

SR: The Pentagon denies any biological weapons program, but admits biological research programs on Ukrainian soil. Documents captured by Russia have allegedly uncovered the existence of programs the components of which could be construed as having offensive biological warfare applications. The U.S. should be required to explain the purpose of these programs.

Q: What do you make of allegations in Western media that Russian troops committed war crimes in Bucha and other Ukrainian cities? It is claimed that Russian forces summarily executed civilians.

SR: All claims of war crimes must be thoroughly investigated, including Ukrainian allegations that Russia killed Ukrainian civilians in Bucha. However, the data available about the Bucha incident does not sustain the Ukrainian claims, and as such, the media should refrain from echoing these claims as fact until a proper investigation of the evidence is conducted, either by the media, or unbiased authorities.

Q: Do you think the alleged Russian bombing of a hospital and an art theater in Mariupol were false-flag provocations?

SR: Both locations are available for detailed forensic examination that would either confirm or refute Ukrainian allegations that these locations were struck by Russian aerial bombs. Other data, such as the existence of any NATO radar data that would put Russian aircraft over these two locations at the time of the alleged attack, should be collected. A detailed forensic examination of each site would go a long way in proving or disproving the Ukrainian claims through the collection of weapons fragments and the evaluation of environmental samples which would show the chemical composition of any explosive used, thereby allowing a better idea of what weapon or explosive was used to destroy the sites.

Q: Western governments and mainstream media have denigrated Russian objectives to “demilitarize and deNazify” Ukraine. The West says Russia has invented or grossly exaggerated these problems as a pretext for invasion. Do you think this Western denialism is because it doesn’t want to acknowledge that Russia may indeed have legitimate concerns, and secondly that to acknowledge would mean admitting that the West is part of the problem in the current war?

SR: The irony is that the West had thoroughly documented the extent of the Nazi ideology in Ukraine’s civil, political, and military structures during and after the 2014 Maidan coup. This documented reality was deliberately obscured by the same sources that had previously documented its existence once the Russian invasion occurred. To acknowledge the existence of this odious ideology by NATO would require NATO to acknowledge the role it played in training and equipping Azov regiment personnel since 2015. The Russian documentation of its ongoing de-Nazification effort in Ukraine is a source of continual embarrassment to NATO, as it exposes the scope and scale of NATO’s role in empowering the militarization of Nazi ideology in Ukraine.

Q: For about four months before the Russian intervention in Ukraine, the Biden administration was asserting non-stop that Moscow was planning an invasion. Do you think this is a case of great intelligence on the part of Washington or the culmination of provocation by Washington resulting in Russian military action in Ukraine?

SR:  We now know that the U.S. intelligence community under the Biden administration is committed to a policy of haphazardly “declassifying” intelligence for the purpose of shaping public opinion (so-called “getting ahead of the story”). There is no evidence that the intelligence regarding potential Russian military action was based upon anything other than politicized speculation derived from a crude analysis of Russian military dispositions void of any context. Any genuine intelligence assessment regarding the timing of any Russian military action would have incorporated the domestic political imperative of getting Duma [Russian parliamentary] approval for the deployment of Russian forces outside the borders of Russia, which carries with it the requirement of a cognizable justification for this military action under the UN Charter. This required political steps such as Donetsk and Lugansk declaring independence, and then petitioning the Russian parliament to recognize this independence, so that Russia could legitimately invoke Article 51. None of these factors was knowable when the Biden administration was issuing its warnings of imminent attack, thereby certifying the “intelligence” as being derived from fact-free speculation, and not intelligence at all.

Q: The Western media are reporting that the Russian military operation in Ukraine is floundering because it has not over-run Ukraine entirely. As a military expert, how do you see the Russian operation proceeding?

SR:  Russia is fighting a very difficult campaign hampered by its own constraint designed to limit civilian casualties and damage to infrastructure and the fact that Ukraine possesses a very well-trained military that is well led and equipped. Russia deployed some 200,000 troops in support of this operation. They are facing some 600,000 Ukrainian forces. The first phase of the Russian operation was designed to shape the battlefield to Russia’s advantage while diminishing the size and capacity of the Ukrainian ability to wage large-scale conflict. The second phase is focused on destroying the main Ukrainian force concentration in eastern Ukraine. Russia is well on its way to accomplishing this task.

Q: Do you see danger from Ukraine being turned into a proxy war by the United States and NATO partners against Russia in a way that attempts to repeat the West’s covert war in Syria or the Afghanistan war (1979-89) with the Soviet Union? There are reports of foreign legions being sent to Ukraine via NATO countries. Do you think there is a Western plan to embroil Russia in a proxy war that is aimed at sapping Russia politically, economically, and militarily?

SR:  The Ukrainian conflict is a proxy war, but one which Russia is poised to win decisively. While there appears to be a NATO/western plan to embroil Russia in a “new Afghanistan”, I don’t see any risk of this conflict dragging on for more than a few more weeks at the most before Russia accomplishes a strategic victory over Ukraine.

Q: There is an arrogant assumption among Western governments that they can impose crippling economic sanctions on Russia in a similar way to what they did on Iran, Venezuela, and North Korea among others. But would you agree that if Russia begins to impose its own counter-sanctions by restricting oil and gas exports then the Western states may end up reaping a whirlwind that is devastating to their societies?

SR:  Russia was warned well in advance about the scope and scale of U.S.-led sanctions that would be imposed if Russia were to invade Ukraine. Russia has prepared its own counter-sanction strategy which will not only defeat the Western sanctions but further strengthen Russia’s economy by decoupling it from the West and Western control/influence. We see evidence of the effectiveness of this counter-campaign as the Russian ruble is strengthened, the Russian stock market enjoys positive traction, and Europe and the U.S. flounder economically. The West has sown the wind in sanctioning Russia; Russia will not reap the whirlwind.