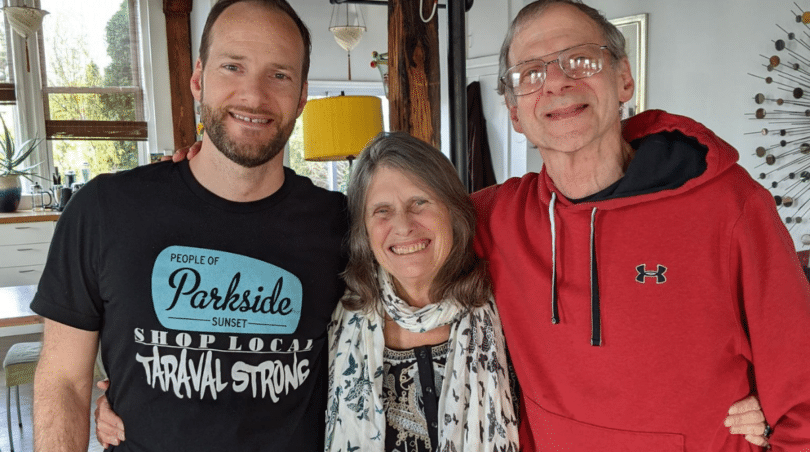 Kathy Boudin died on May Day 2022 at 12:59 PM. Her son Chesa Boudin and her life partner David Gilbert were by her side. After a seven-year fight with cancer she died surrounded by lifelong friends and family members. Born on May 19, 1943, Kathy spent her childhood in New York’s Greenwich Village with her father, renowned civil liberties lawyer Leonard Boudin; mother, poet Jean Boudin; and brother, now-retired federal appellate judge Michael Boudin. Their home was a gathering spot for political activists, intellectuals, and artists.

Kathy graduated from Bryn Mawr College in 1965 and was soon radicalized by the growing anti-war and racial justice movements of the 60s, beginning her lifelong work as an activist, organizer, teacher, and champion of social justice. From her engagement with the early days of the civil rights movement in the Cleveland-based ERAP Project (a multiracial movement of the poor), to her work with Students for a Democratic Society and the Weather Underground, Kathy was most of all an organizer, who loved talking to and learning from people; she built community toward overcoming oppression and disenfranchisement. She chose to work on behalf of marginalized communities and against war and imperialism, forgoing the comforts and privileges available to her. She was determined to make radical change by any means necessary.

In 1981, trying to raise money to support Black revolutionary organizations, Kathy and her partner David Gilbert participated in the robbery of a Brinks truck in Nyack, NY. Though Kathy and David were not armed and did not personally hurt anyone, three men were killed. Kathy and David were arrested and sentenced to decades in prison.

Kathy entered Bedford Hills Correctional Facility with remorse for her role in the deadly robbery, and serious questions about the role of violence in political movements and the consequences of her political choices.

Her then 14-month-old son, Chesa Boudin, was adopted by friends and fellow activists Bernardine Dohrn and Bill Ayers, who raised him in partnership with Kathy and David; she had regular visits with Chesa for the next 22 years, helping to parent him from the distance her incarceration created.

In prison, Kathy underwent a profound transformation, grappling with her crime and its consequences. She became a leading advocate for women in prison, fighting for the reunification of imprisoned women and their children, bringing college courses back to Bedford Hills after the termination of Pell grants, and building a community response to the HIV/AIDS epidemic, saving countless lives. She was the first woman to earn a masters degree while incarcerated in New York State Prison. Her outward-facing initiatives became a path to seeking restorative justice for many, and eventually led to parole and release from prison.

After Kathy was paroled in 2003, she avoided public appearances or statements, seeking private reconciliation and time with family and friends. She founded the Coming Home Program at the Spencer Cox Center for Health at Mt. Sinai/St.Luke’s Hospital in Morningside Heights, which provides health care for people returning from incarceration. She went on to earn a doctorate from Columbia University Teachers College in 2007; to teach at the Columbia School of Social Work; and to co-found and co-direct the Center for Justice at Columbia University. Among other things, since 2010 the Center for Justice organized an annual movement building conference, “Beyond the Bars” which attracts thousands of activists, organizers, academics, and justice impacted people from down the block and around the world. “More than just an academic conference, Beyond the Bars is led by formerly incarcerated people and has built a global community at the forefront of justice reform,” said Cheryl Wilkins co-founder of the Center for Justice. “Kathy was instrumental in developing Release Aging People from Prison (RAPP), uplifting the voices of women through work with the National Council for Incarcerated and Formerly Incarcerated Women and Girls, and so much more.”

Kathy’s work had a major impact on the struggle for the decent treatment of incarcerated people, the fight against mass incarceration, and on criminal justice reform. Jarrell E. Daniels, a staff member at Columbia’s Center for Justice and a formerly incarcerated person says, “Kathy’s legacy, mission and lifetime commitment to advancing social justice, supporting disadvantaged communities and reforming the criminal legal system will never be forgotten, especially by those whose lives she touched… Her leadership with the Center for Justice empowered community members and returning citizens to stand as advocates for institutional and systematic change. Although she was a mother of one, she was a mother and fearless leader in the global movement for justice reform, social equality and re-enfranchisement. For so many of us, Kathy was a legend that defied odds and broke through the boundaries. She will never be forgotten.”

Activist and Professor Angela Davis said, “Kathy is one of my oldest friends. We’ve known each other since high school, and we’ve done work against the prison industrial complex for the last twenty some years since Kathy herself was released from prison.”

Kathy’s articles have been published in The Harvard Education Review; Journal of Corrections Education, Women and Therapy; Columbia Journal of Gender and Law; and Liman Report of Yale Law School. She is editor and co-author of the book Breaking the Walls of Silence: AIDS and Women in a New York State Maximum Security Prison. Her research interests included the impact of higher education and peer support on incarcerated women, recidivism rates and life experience of people serving long sentences and parole policy, and the experience of adolescents with incarcerated mothers.

“Kathy’s commitment to higher education opportunities for people who are incarcerated and who have returned from incarceration inspired Columbia’s Justice-in-Education initiative which provides educational opportunities in prisons and jails and on campus. Seven formerly incarcerated students will celebrate their graduation from Columbia this month as a fitting tribute to Kathy’s effort to ensure college access to people with a criminal conviction,” said Geraldine Downey, Niven Professor of Humane Letters, Department of Psychology, and the Director of the Center for Justice. “Kathy exemplified a meaningful life after decades in prison. Her influence will be felt for years to come in our work and the efforts of so many others.”

Her years of separation from her own son led Kathy to pursue and keep close friendships with the children of her many friends – and their children too, as they grew up and became parents themselves. An avid reader and inspired story-teller, poet, and gift-giver, she was a beloved aunt and adopted grandmother for dozens of young people. Her love of music – folk, political, feminist, classical, jazz – brought her joy. And she was a model for other generations who were inspired by her thoughtful introspection, kindness, and fierce determination to make the world a better place.

“My mom fought cancer for seven years in her unshakably optimistic and courageous way,” said Chesa Boudin, Kathy’s son and the San Francisco District Attorney. “She made it long enough to meet her grandson, and welcome my father home from prison after 40 years. She always ended phone calls with a laugh, a habit acquired during the 22 years of her incarceration, when she wanted to leave every person she spoke with, especially me, with joy and hope. She lived redemption, constantly finding ways to give back to those around her.”

Donations in Kathy’s honor should be made to: