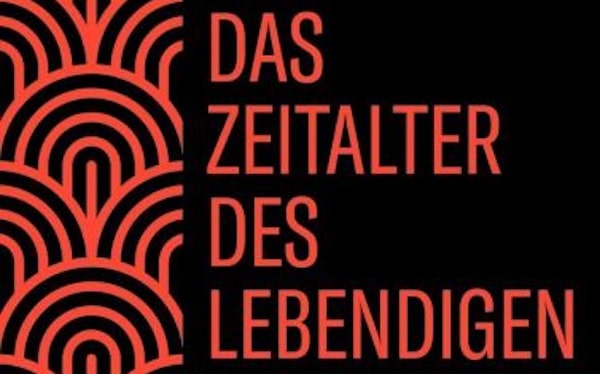 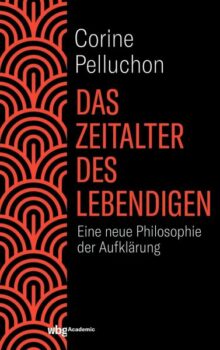 Lucidly argued and touching in its appeal, Corine Pelluchon’s latest book Les Lumières à l’âge du vivant will be a theoretical source both for ‘green’ and ‘red’ movements alike. Instead of promoting either a ‘socialism’ forgetful of the environment, or an ‘environmentalism’ of the rich, she consistently resists splitting the ecological from the social-political question. Along similar lines–and equally against hegemonic wisdom–Pelluchon shows why the care for nature and the rationalism of the Enlightenment can only be defended together, since there is no responsibility without rationality, and no rationality without its embodiment on earth. This two-fledged defence is articulated through a universalism based not on what differentiates us from other animals, but on what unites us with them. The result may be called a universalism of vulnerability, that is, a universalism enabling us to resist, fight and overcome capitalist forms of irrationalism, particularism and domination without, in turn, suppressing our internal and/or external ‘others’. Obviously, such concern for matters ‘down-to-earth’ is at the very opposing end to Latour’s version of them. Instead of flattening all ontological differences between humans and commodities, or living beings and sci-tech, Pelluchon stresses the transcendence of being-with-the-world and the actual responsibility we humans bear for the fragility of life and its fragile conditions. Even more importantly, instead of deconstructing away society or capitalism as mere ‘grand narratives’–as both neoliberalism and postmodernism do–Les Lumières à l’âge du vivant highlights the need to reclaim societal self-determination through imaginaries not imprisoned in the blinding paradigm of atomising competition. Pelluchon’s plea for a political autonomy that is trans-speciesist, therefore, is simultaneously a call against nihilist indifference and its too undialectical monism.

Consequentially, the main authors of the book are not Nietzsche, Heidegger or Deleuze, but Horkheimer and Adorno, Husserl and Levinas, Merleau-Ponty and Castoriadis. With them, Pelluchon positions herself against ‘the critique of universalism and rationalism’ which, ‘within the circles of academics, is practically considered obligatory’ (23). As an alternative, she proposes that the Enlightenment’s plea for universalism, reason and autonomy goes against and beyond the regime of capital–whose goals are not dictated by need or will or deliberation, but by the empty formula of profit (174). In fact, it is mainly this regime of capital that forces the Enlightenment into its infamous dialectics with barbarism, that is, into Auschwitz and Hiroshima, into colonialism and technocracy (Meisner 2022a, 2022b). The destructive side of reason, however, is not its only side, and it is not at all its inevitable feature. Moreover, in Pelluchon’s perspective, it is the very ‘belief that it is not possible to break through the vicious circle of reason and domination’ that is dangerously defeatist and thus ‘leads into despair’ (37). Instead, a more concrete, historical and sociological analysis of the Enlightenment may enable us to differentiate between reason and instrumental reason, science and scientism, technology and technocracy–or modernity and capitalism. Only with this differentiation can Critical Theory show why neither populism nor expert rule, neither ‘intuitionism’ (265) nor scientism, work as a solution to the manifold crises of democracy, ecology and scientificity. More important still, only with a differentiated defence of an ‘Enlightenment of the living’ can the deadly forces of the counter-Enlightenment–with the alt-right in its centre–be held in check both theoretically and practically.

In Pelluchon’s reconstruction, there are four pillars of today’s counter-Enlightenment: first, an ontologisation of inequality; second, a denial of autonomy; third, a fatalism of History; and fourth, a contempt for reason (227f.). Together, they form a toxic mix of identitarian particularism (usually in biologist guise), cultural relativism and the quasi-theological awe vis-à-vis technological advances (21). As Pelluchon thus proves, transhumanism is not a renewed or even too radical exponent of the Enlightenment or of humanism but, rather, one of the maddest forces countering both humanism and the Enlightenment as well as their emancipatory promises (226-231). Against such counter-Enlightenment with manifold Hobson’s choices in its wake, Pelluchon develops her new Enlightenment in and of the age of the living as an epoch that tends towards a ‘reconciliation of civilisation with nature, and of rationality with sensibility’ (28). This new Enlightenment is necessarily beyond the capitalist ‘amputation of reason’ (287), that is, beyond the dichotomisation of mind and body, and beyond the positivisation of rationality. For Pelluchon, clearly, such a Beyond can only be reached if the scheme of domination in which we suffer is replaced by a scheme of considération (142, 277) in which we flourish together. Within it, finally, there could be freedom within dependence, self-determination within connectivity and transcendence within nature. First and foremost, it is this articulation of a new Enlightenment–of an embodied universalism of vulnerability, an incarnated reason of sensibility, a political autonomy of responsibility–that is the great strength and huge importance of Pelluchon’s book.

Precisely due to the deep relevance of Les Lumières à l’âge du vivant, however, a few remarks about its less convincing aspects are worth noting. Mainly, there is a problematic lack in Marxist scholarship throughout the book, which is surprising, since Pelluchon frames her approach within the Frankfurt School Critical Theory of the first generation. Yet, what would, say, Fromm think about claiming an ‘invincible destructivity of the human’ and its ‘archaic’ ‘death drive’ (24)–or about the ‘repression of drives that become necessary through the life in society’ (134)? How would Adorno judge it when ‘nihilism’ is, correctly, diagnosed as the sum-total of the abstractions of a destubstantialised reason–yet without inferring it from capital’s exchange value and its (de)valorisation of all (non-identical) values (44ff.)? And what would Marx himself think when reading that capitalism is connected to its many grave ills only ‘since the 19th century’ (47)–and not since its very inception in early modernity’s ‘primitive accumulations’? Indeed, the general underrepresentation of Marxian insights risks leading to an identification with certain liberalist tropes and figures. Within a more liberalist than socialist framework, however, also the imaginaries of change are somewhat confined in a limited setting. As a result, already private ‘initiatives’ (157) and ‘innovations’ at a ‘local level’ (137) are supposed to overcome the ‘scheme of domination’, and emancipation is said to happen through enactments of consumer ethics (197). Yet, the question is: if ecology points beyond capitalism, as it rightfully does for Pelluchon, how is it, then, that ‘entrepreneurial boldness’ (141) or ‘the creativity of businesses and economic actors can be allies for ecology’ (176)–especially if the principle of economic rentability is still in charge (130)?

Arguably, neoliberalism may only be problematised if classical liberalism is problematised as well, since the two share an identification of liberty with property. This very identification, in turn, is what results time and again in laissez-faire policies that also bring forward authoritarian counter-Enlightenment reactions. Fortunately, Les Lumières à l’âge du vivant does not reproduce this identification. Rather, it crafts the very key that is needed to overcome any self-contradictory vote for ‘liberal democracy’ (39, 95). The key is crafted the very moment Pelluchon deconstructs the real-political ‘liberal democracies’ of the West as juridical forms of ‘liberal oligarchy’ (174), that is, behind the de-jure appearance of ideal equality, there hides the de-facto reality of material exploitation. If that deconstruction is correct, however, then it follows that ‘communism’ as such cannot be reduced to the crimes of Stalinism (293), and ‘socialism’ cannot per se be relegated to the scheme of (nature’s) domination (178). Instead, what Pelluchon calls the ‘context-related universalism that connects truth and historicity’ (301) seems to approximate precisely the kind of democratic eco-socialism proposed, nowadays, from Nancy Fraser to John Bellamy Foster. Such democratic eco-socialism, however, is only attainable with the agency of a trans-speciesist 99% as the ‘true proletariat of our times’–consisting in the (over)exploited living-beings of planet earth. Their representatives, ‘human animals’, have to reclaim their responsibility for the sake of everyone and everything down-to-earth, especially in an age of the Anthropocene. The telos, nomos and ethos of the struggle of human animals will then consist in an ecological reorganisation of the metabolism with and within nature along the lines of a communicative, cooperative and collaborative–shared–‘pacified existence’ (Marcuse). In this struggle for living against capital’s death drive, Pelluchon’s beautifully written defence of an eco-social(ist) Enlightenment–with the universalism of vulnerability at its heart–will prove to be essential.

This project has received funding from the European Research Council (ERC) under the European Union’s Horizon 2020 Research and Innovation Programme (GA n. 725883 EarlyModernCosmology).

Lukas Meisner is doing his PhD on the Critical Theory of Political Autonomy in a cotutelle agreement between the Ca’ Foscari University of Venice (ERC Horizon 2020, GA: 725883) and the Max Weber Centre for Advanced Cultural and Social Studies.