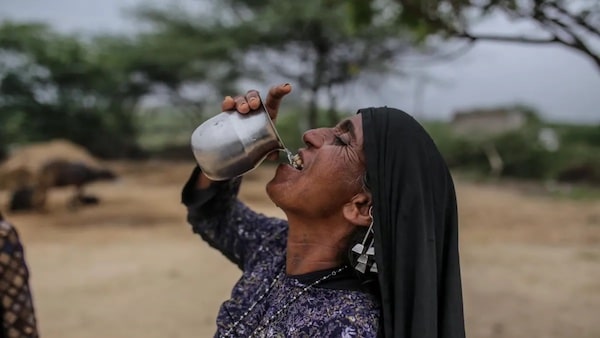 Brutal, record-intensity heat wave that has engulfed much of India and Pakistan since March eased somewhat this week, but is poised to roar back in the coming week with inferno-like temperatures of up to 50 degrees Celsius (122°F). The heat, when combined with high levels of humidity – especially near the coast and along the Indus River Valley – will produce dangerously high levels of heat stress that will approach or exceed the limit of survivability for people outdoors for an extended period. 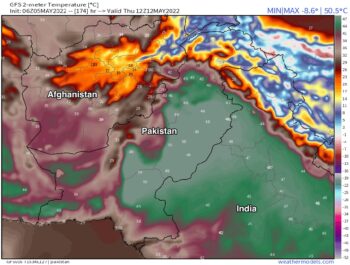 The latest forecasts from the GFS and European models predict an unusually strong region of high pressure intensifying over southern Asia in the coming week, bringing increasing heat that will peak on May 11-12, with highs near 50 degrees Celsius (122°F) near the India/Pakistan border. May is typically the region’s hottest month, and significant relief from the heat wave may not occur until the cooling rains of the Southwest Monsoon arrive in June. But tropical cyclones are also common in May in the northern Indian Ocean, and a landfalling storm could potentially bring relief from the heat wave.

Hottest March in record in India

According to the World Meteorological Organization, India recorded its hottest March on record, with an average maximum temperature of 33.1 degrees Celsius, or 1.86 degrees above the long-term average. Pakistan recorded its warmest March for at least the past 60 years. April was record-hot over northwestern India, and was the fourth-hottest April for all of India. The heat peaked on May 1, when Nawabshah, Pakistan, hit 49.5 degrees Celsius (120.2°F) – the hottest temperature recorded on Earth so far in 2022.

According to an excellent analysis by James Peacock of metswift.com, the current La Niña event in the eastern Pacific contributed to the March and April heat, by reducing the pre-monsoonal rains that typically fall. These dry conditions have led to abnormally high heat and wildfire conditions. In addition, Earth’s warming climate has brought conditions more favorable for more intense and longer-lasting heat waves. In northwestern India, the number of days with temperatures reaching at least 40 degrees Celsius (104°F) increased from 25 per year in the 1970s to 45 per year in the 2010s; the duration of the worst heat waves has approximately doubled.

The extreme heat in April which impacted Pakistan & India was part of a huge region of anomalous warmth which reached from Equatorial Africa all the way to the Arctic. pic.twitter.com/JssILtjPGt 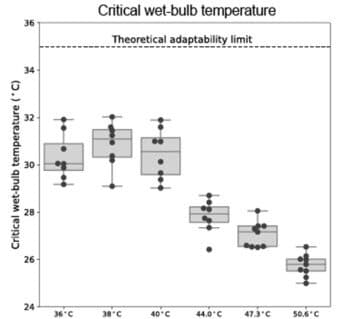 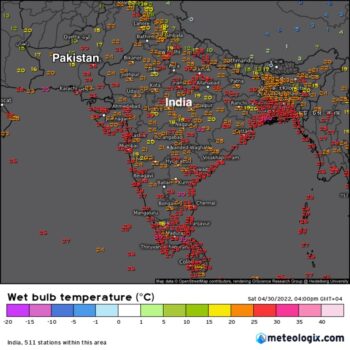 So far, 25 deaths resulting from the heat wave have been reported since late March in India’s Maharashtra state, which includes Mumbai. An additional heat death was reported on April 25 in the eastern state of Odisha. However, heat deaths are prone to undercounting. The World Health Organization estimated that India undercounted its COVID-19 deaths by about a factor of eight, which brings into question the veracity of India’s heat wave mortality statistics. Fortunately, India has learned to adapt to the increasing extreme heat in recent years, with lower death tolls occurring during heat waves (see Tweet below). One worrying aspect of the current heat wave, though, is the large-scale power outages that have occurred. With air conditioning availability reduced from power shortages, India’s ability to adapt to the high heat is reduced. Approximately 12% of India’s 1.4 billion people have air conditioning; the situation is similar in Pakistan.

4/ As per IMD forecasts, severe heatwave is to continue for 1 May over Indo-Pak region to north- central India. It will gradually decrease to isolated pockets during 2-3 May. Temperatures over these regions will still be above 40C, but a short respite is expected during 4-7 May. pic.twitter.com/70hdBwh7AE

A 2020 paper in the open-access journal Science Advances by Raymond et al., “Potentially Fatal Combinations of Humidity and Heat Are Emerging across the Globe,” identified 14 examples of 35 degrees Celsius wet-bulb readings that have already occurred since 1987 at five stations in Pakistan, Saudi Arabia, and the United Arab Emirates (UAE). These conditions generally lasted less than six hours (see Bob Henson’s May 2020 post for details). 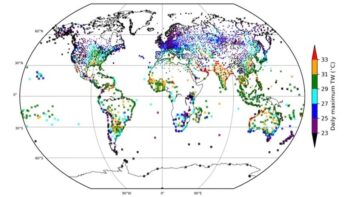 Those researchers found that the frequency of wet-bulb values reaching 27°C, 29°C, 31°C, and 33°C across the world all showed doubling trends between 1979 and 2017. They predicted that dangerous wet-bulb readings will continue to spread across vulnerable parts of the world, affecting millions more people, as human-caused climate change continues.

Higher wet-bulb temperatures will be particularly dangerous in the Indus River Valley along the India/Pakistan border, where thousands of laborers work outdoors in pre-monsoon heat that can reach dangerous levels during April through July. Jacobabad, Pakistan (population 191,000), has already recorded six days when the wet-bulb temperature exceeded the limit of human survivability: 35 degrees Celsius.

A 2015 heat wave killed 3,477 people in India/Pakistan, ranking as the fourth deadliest heat wave in world history, according to the international disaster database, EM-DAT. Four of the 11 heat waves with a death toll in excess of 1,000 in the EM-DAT database have affected India and/or Pakistan. Below are the heat waves with a death toll exceeding 1,000, as compiled by EM-DAT (which uses direct deaths for their statistics, and not excess mortality). Note that heat wave death statistics are highly uncertain, however:

Jeff Masters, Ph.D., worked as a hurricane scientist with the NOAA Hurricane Hunters from 1986-1990. After a near-fatal flight into category 5 Hurricane Hugo, he left the Hurricane Hunters to pursue a safer passion – earning a 1997 Ph.D. in air pollution meteorology from the University of Michigan. In 1995, he co-founded the Weather Underground, and served as its chief meteorologist and on its Board of Directors until it was sold to the Weather Company in 2012. Between 2005-2019, his Category 6 blog was one of the Internet’s most popular and widely quoted sources of extreme weather and climate change information.