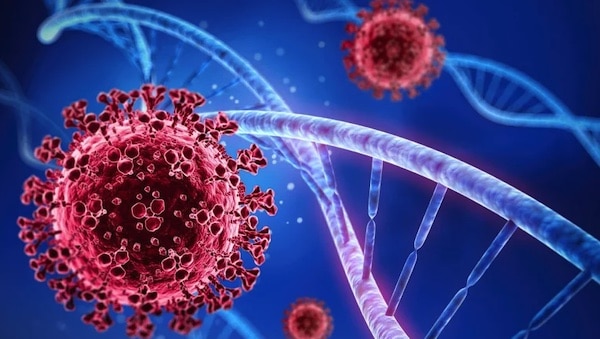 The United States has just marked a horrific milestone as the official COVID-19 death count passes one million. At the same time, global COVID fatalities are over 6.2 million and rising. The United States, far and away the richest country on earth, with just 4.2% of the world’s population, has suffered over 16% of the deaths.

What does this say about the brutally dysfunctional system that allowed such a death wave to happen?

Political leaders have moved on, acting as if the pandemic is over, “mission accomplished,” as if one million deaths–and counting–are just the normal background hum of a system built to generate profits for the wealthy donors who matter most.

How did we get here? An honest analysis should not be expected from the U.S. corporate media. They are too busy beating the drums for war in a frenzied drive to boost ratings and profits.

Pandemic warnings not heeded where profit is king

While no one could know what the future held when first hearing about the virus at the start of the decade, scientists had been warning about the certainty of another health crisis such as the global influenza pandemic that began in 1918. The suffering of the people could have been reduced had society been built to meet human needs.

Some deaths were inevitable as scientists struggled to understand the threat and healthcare workers heroically treated patients at great personal risk. But one million deaths? Such a disaster can only happen in a country where profit is king.

Essential ventilators and protective equipment were in short supply across the country because the public health system has been dismantled and maintaining adequate reserves would have reduced profits. Tools to contain the pandemic such as testing have been limited at best, and widespread contact tracing was never seriously attempted.

New York Governor Andrew Cuomo, whose “leadership” was celebrated by the media in the early days, had previously reduced the number of hospital beds to cut costs. The state had already lost 20,000 hospital beds over the previous 20 years, and Cuomo had been governor for roughly half of that time.

Hospitals deliberately operate with dangerously low numbers of nurses in order to maximize profit. The 175,000 member National Nurses Union, the country’s largest nurses’ union, has protested for safe staffing levels and federal regulation to protect nurses and patients throughout the pandemic.

In the United States, workers–often without basic protective equipment–stocked shelves, delivered goods and kept society from falling apart. While some people were able to work online, millions could not. The necessity of universal health care became even more critical as shutdowns forced many to lose their jobs and with it their health insurance.

The crucial need for universal housing was all the more obvious as the pandemic spread. And yet politicians from both parties still oppose universal healthcare and housing. Police still harass people living in tents near empty luxury apartments, and evictions are rising after desperately-needed protections were lifted.

Donald Trump downplayed the threat in a criminally reckless manner. At one press briefing he offered the deadly suggestion that injections of disinfectant could kill the virus.

The U.S. death count soared as embarrassed government health officials struggled to protect lives while not insulting Trump. Tens of thousands of people died as a result of his cynical denialism that encouraged his followers to be anti-mask and anti-science.

Joe Biden campaigned on promises to bring the pandemic to an end, but his administration has failed completely to fulfil this pledge. Instead, his administration is essentially organizing society’s surrender to the virus–rolling back mandated precautions and convincing people to “go back to normal.”

Upon taking office, the Biden administration could only restore public trust in a scientific approach to defeat the virus directed by the government’s health experts by vastly expanding social programs. Guaranteeing universal healthcare, cancelling the rents and mortgages, indefinitely banning utility shut-offs, and other similar relief measures would have drawn a clear line between their approach and the disaster under Trump, and given people good reason to adhere to the recommendations by public health officials. But none of this happened. Instead, the Biden administration carried out a disjointed vaccination campaign that framed the issue largely as one of personal responsibility.

Also vitally important are the structural reasons the United States does not protect public health. Socialist countries, and even most capitalist ones with a functional public health system, have fared much better.

As people around the globe saw appalling photographs of hospital workers wearing plastic garbage bags for protection, Chinese authorities, working in a system that prioritized public health, moved quickly to shut down the viral threat.

Medical workers wore state-of-the-art protective equipment while treating patients. Food and basic necessities were provided to millions of people as huge cities shut down to isolate the virus. Chinese authorities quickly built hospitals to treat the initial wave of patients. China, whose population is about four times that of the United States, has suffered a death toll one-half of one percent of that of the United States.

The stark difference between these two approaches–and the deadly outcome–speaks volumes. And yet, perhaps to divert attention, political leaders here claimed China was responsible for the pandemic.

Critics who grudgingly acknowledged the Chinese success in containing the virus wondered, “At what cost?” Donald Trump spoke of “the China virus” and racist attacks on Chinese and other Asians rose across the country.

Cuba has also developed its own COVID vaccines, vaccinated more than 90% of the country, and made them available to Venezuela and Iran in spite of the U.S. blockade. In contrast, the United States has maintained deadly sanctions, essentially weaponizing the virus against countries it opposes.

U.S. vaccines, based on publicly-funded research, have led to soaring profits for pharmaceutical companies. In February, Pfizer projected revenues of $32 billion in 2022.

Its CEO Albert Bourla received total compensation of $24.3 million in 2021, a year in which the company’s profits more than doubled that of the previous year.

Pharmaceutical companies, with the bipartisan support of U.S. and other political leaders, have successfully used patent protection laws to block the possibility of mass vaccination in poor countries around the world.

Such racist and homicidal devotion to corporate profits directly undercuts public health efforts. The more the virus spreads, the greater its potential to evolve into deadlier variants.  Vaccination rates in Africa vary in different countries, but across the continent only about 15% of the adult population has been fully vaccinated.

The homicidal impact of this medical apartheid calls to mind the millions of preventable deaths in Africa and Asia as patent protections blocked access to life saving treatment for HIV/AIDS.

Pharmaceutical company executives were not the only people to profit from the pandemic. The pandemic has been rife with opportunity for money making by the whole billionaire class. Data collected from Forbes magazine indicated that the combined wealth of the world’s 2,690 billionaires rose from $8 trillion on March 20, 2020 to $13.5 trillion as of July 31, 2021.

An explosion of protests

Although the government responded with temporary, limited financial support and moratoria on evictions and utility shutoffs, it failed to address the systemic injustices that have led to 1 million deaths.

As months of unpaid back rent accumulated for people who lost their jobs during the pandemic, a series of Cancel the Rents car caravans drew support in more than 60 cities across the country.

Many protests were held outside prisons in solidarity with inmates who face particularly deadly conditions.

Militancy grew among workers, who had been forced to work in unsafe conditions and had shown that they–not the bosses–are the essential force that keeps society from collapsing. Waves of strikes and walkouts increased, and the wave continues today.

The pandemic could not stop huge numbers of outraged people from protesting in the streets after the racist police murders of George Floyd, Breonna Taylor, and many other Black people brutally gunned down by cops and vigilantes.

A total of 35 million people joined protests in cities and small towns across the country that lasted for months in the summer of 2020. Many of them, outraged by the killings and also by the inept government response to the pandemic, had never protested before. Brutal police attacks against demonstrators only fueled people’s determination to resist.

The pandemic taught that it’s difficult to predict the future.

The pandemic relief programs and protections against eviction are ending as the capitalist class attack intensifies on debt-burdened workers who now face increasing inflation.

The more transmissible BA.2 omicron subvariant is rapidly spreading even as politicians pretend the pandemic is ending. A federal program for uninsured people to receive free COVID testing has been shut down for lack of funds, even as additional billions of dollars go to the Pentagon and war in Ukraine.

The future would appear grim if just these things are considered. But there are other players on the scene. Workers have showed their power as they shut down businesses, not only in the powerful month of “Striketober.” Those workers and others are organizing and joining unions at Amazon, Starbucks stores, the New York Times, and elsewhere.

Local mutual aid groups will not fold simply because politicians say to forget the pandemic and move on. People will receive food and assistance but will also learn from each other to better organize against the system that allowed one million people to die.

It’s time to take the lessons learned, organize, and fight for a new system.