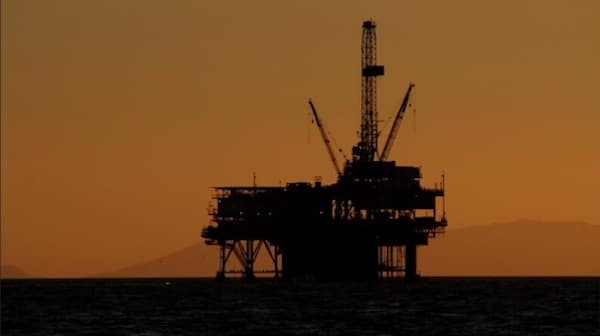 Between Sunday, April 17 and Tuesday the 19th, a political agenda moved forward in Mexico thanks to discussion and debate over constitutional reforms in the energy sector and access to electricity (April 17 in the Chamber of Deputies) and reforms to the Mining Law regarding Lithium (April 18 in the lower chamber and 19 in the senate). Both reform bills were filed by President Andrés Manuel López Obrador (AMLO) on behalf of the Executive Branch.

These were no minor initiatives; they jeopardized the agendas put forth by the neoliberal administrations of the past. The first sought to dismantle the state enterprise in charge of distributing electricity in Mexico City and the metropolitan area, which in 2009 sparked one of the largest marches against Felipe Calderón Hinojosa, who then occupied the National Palace. The second targeted the energy reform mismanaged by Enrique Peña Nieto during his six-year term. Out of complete ignorance of public economics and sheer lack of judgment, Peña followed the dictates of the market economy, applying the advice of Luís Videgaray and José Antonio Mead, two ‘Chicago boy’ holdovers from the previous administration.

The PRI-PAN duopoly and its allies

As several analysts have documented, the neoliberal project needed to be planned and implemented in the short- and medium-term by the political parties competing for the Mexican presidency—that is, the Institutional Revolutionary Party (PRI) and the National Action Party (PAN). Both aimed to defend the free market and the interests of major investors.

Ever since he was president of the Democratic Revolution Party (PRD) in the late 1990s, Andrés Manuel López Obrador has been talking about the “PRIAN” political party alliance, referring to how the PRI and the PAN compete against each other for the presidency, only to align their neoliberal agenda with that of big investors as soon as the ballots are counted.

The two parties have long-denied their collusion and complicity, but their partnership became ever more apparent as they saw AMLO’s victory become imminent in 2018. The masks were completely removed once AMLO took office and began to use democratic institutions to put forth what he calls the Fourth Transformation (4T), projects which enjoy broad popular support.

In the current situation, the PRI-PAN have been strengthening their duopoly and to patch things up after the 2018 campaign. But the new marriage will not take place within the PRI and the PAN, or their ally the PRD. Rather, it is being coordinated by an entrepreneur whose political activism favors the profits of the past: Claudio X. González. This big businessman has a portfolio that includes transnational corporations and an arsenal that includes investigative journalism against politicians who threaten his investments and capital accumulation. Thus we now have the Alliance Going for Mexico (Alianza Va Por México), the bloc in opposition to the Fourth Transformation.

The entrepreneur leading the political class

In 2020 González brought together the parties opposing AMLO’s administration (PAN, PRI and PRD) and formed a voting bloc in Congress to resist the Fourth Transformation of Mexico. In other words, this businessman sits the parties down and tells them what to do. This is a living portrait of what López Obrador denounced back in the 1990s: under neoliberalism, the oligarchs run things and invest in politicians to promote their agenda through democratic institutions that make this legal. We already knew this was true; Alianza Va Por México has been making it obvious since 2020.

The energy reforms discussed in the Chamber of Deputies on April 17 came up against this Congressional voting bloc. It suffices to watch that day’s session to see the extensive arguments put forth by the alliance about letting the market decide what energy and electricity public services to offer. That is, they were calling for a return to privatization, refusing to understand that Mexican citizens support the Fourth Transformation because the privatization model was incapable of meeting their political and material needs.

Given the real possibility that the energy reform would not pass—because it would require at least 334 of the 500 votes in the Chamber of Deputies, necessitating votes from the opposition—President López Obrador announced that if this law did not pass, he would immediately file a bill on reforms related to lithium. That in fact happened. The energy reform bill did not have enough votes to pass and the following day a bill was submitted and discussed on changing how lithium is regulated under the Mining Law. It passed in both houses of Congress because it required a simple majority, which MORENA was able to procure through its alliances.

The defeat of the proposed energy sector reform on April 17 in the Chamber of Deputies showed, for the umpteenth time, the power of the PRI-PAN partnership (PRIAN), joined by the PRD and a new party we should keep an eye on, the Citizen’s Movement, which holds the governorship in two of the three largest states in Mexico: Nuevo León and Jalisco.

The Citizen’s Movement party showed the ideological face of its economic policy. While it has defended the progressive agenda of feminists and movements advocating for sexual and gender diversity, more out of convenience than conviction, it has been unable to countenance a movement that seeks to transform the socially and economically unjust relationships fostered by neoliberalism.

On April 17 in the Chamber of Deputies, this party revealed itself to be a defender of big business, as its arguments had tremendous overlap with those of the PRIAN—that is, it defended business and the free market in verbal assaults on President López Obrador. The party did not even address its constituents from the rostrum; its remarks were addressed to business owners, and coincidentally President López Obrador, if only to say that it would not let his projects and initiatives pass.

Thus, the party that has been able to captivate a sector of the population with its “woke” agenda, is revealed to be just another ally of Alianza Va Por México. In so doing, the Citizen’s Movement made it crystal clear that it offers no alternative to the neoliberal model because, when its votes are needed to legalize the exploitation of public goods by private enterprise, they are available.

During his morning press conference on April 18, President López Obrador was asked what would happen with the energy reform since it was not approved. He answered that his successor would be in charge of advancing the reform  at the first opportunity.

Analysts and journalists have said that AMLO used energy reform as a poison arrow to reveal to citizens the country’s main political blocs: the conservatives who defend the neoliberal agenda, and the liberal left that wants to dismantle the neoliberal model. That is partially true. But we should add that President López Obrador has already raised a campaign flag for the next MORENA candidate in the 2024 elections.

President López Obrador will wind up supporting, albeit discreetly, whichever MORENA candidate is committed to furthering the Fourth Transformation. This would be a person who promotes a project to undo the injustices caused by the neoliberal model and is in step with the demands of today’s social movements: respect for sexual, gender, and age diversity and the feminist agenda. They must also remember that as of today, there are still tens of millions of Mexican men and women living in poverty.

Thus, AMLO’s message is following two tracks: first, he has already planted his flag for a MORENA candidate for the 2024 presidential election; second, such a candidate must be outraged over the inequality and insolent exploitation in the country caused by the neoliberal model and its political system of insane corruption. The candidate must be ready to put up a credible defense, faithful to the Fourth Transformation of Mexico, and to the aspirations of thousands of Mexican men and women to leave behind the disaster of the neoliberal period.

And if the above is not clear enough, I again remind readers of the lithium reform López Obrador introduced immediately after the energy reforms. It is first a change to protect lithium as a natural source of energy, whose strategic use by the State will only increase over the coming years. Second, it is a reform that protects this energy source as property of the nation.

This is why legislation to reform the Mining Law was introduced. Mining concessions have been blatantly granted to major domestic and foreign companies (primarily from Canada and the U.S.), without compensation for damages to natural areas or their populations. In a country blessed with vast natural resources, the big mining companies were the only ones who benefited from that law which, together with the tax legislation, reduces their tax obligation to a minimum. While citizens pay 26.6% or 11% in taxes, mining companies pay only 6.5% of their accrued revenue.

It is nothing new for Andrés Manuel to give guidance to the party that brought him into the presidency. His speech of December 1, 2021 in downtown Mexico City, after three years in office, indicated that even though his campaign advisers were recommending that he moderate himself and move to the center, he said that what Mexico needs today is to continue on the path to the Fourth Transformation. That is, there is no time or space for moderates, for those who do not take seriously the task of undoing the neoliberal model, making amends for the injustices and inequalities neoliberalism has caused in Mexico.

Summary of the administration’s legislative strategy

While on December 1, 2021 AMLO sketched out the profile of who might follow him as president to continue the Fourth Transformation of Mexico, on April 18, 2022 he opened MORENA’s campaign for a candidate to consolidate the lithium reform.

The political and legislative process to enact these reforms was more revealing than expected. MORENA certainly sought to show its own strength and that of its congressional allies, such as the Environmental Green Party of Mexico (discredited by its previous alliance with the PRI-PAN duopoly during the neoliberal period, only to turn around and ally itself with MORENA in Congress) in order to turn back the neoliberal reforms in the energy and electricity sectors, which was not possible for now. But looking forward, we see the President did manage to clarify the two political blocs that exist in the country. In his words: the conservative bloc, including the “woke” Citizen’s Movement (with all its flaws and limitations), and MORENA, with its ally the Labor Party (also with all its flaws and limitations). He also clarified the profile of the man or woman to carry his banner into the 2024 elections and beyond to conclude the energy reforms and consolidate the amended Mining Law.

What the President launched with his words captures the spirit of the 4T and members of the MORENA party. It sends a clear message to those who wish to water down the Fourth Transformation of Mexico.

Jorge Zúñiga M. holds a doctorate in philosophy and is a Professor in the School of Philosophy and Letters at the National Autonomous University of Mexico (UNAM) and author of several publications on social and political philosophy.