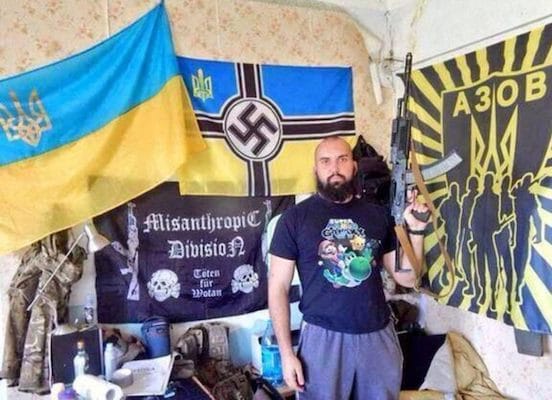 Thank God, Russia eschews any triumphalism over the surrender of the so-called neo-Nazi Azov regiment in the Azovstal factory complex in Mariupol. The Defence Ministry in Moscow announced on Friday that a total of 2,439 “Azov Nazis” and Ukrainian servicemen had laid down their arms since May 16, and that the entire Azovstal complex is now under control of Russian forces.

Russia sticks to its version that on April 21, President Putin handed down an order calling off the initially planned storming of the Azovstal plant, as he considered it pointless and ordered that the industrial zone around the plant be tightly sealed off so that “even a fly couldn’t get through.”

Kiev instead claims the “end of combat operations.” President Volodymyr Zelensky called it an “evacuation mission… supervised by our military and intelligence officers” with the involvement of “the most influential international mediators.”

The fog of war has thickened. Russian Duma previously considered to expressly forbid any exchange of prisoners, but has since stood down. The Russian and Ukrainian delegations are set to meet in Belarus on Monday.

Moscow is also keeping mum about the identity of any foreign military personnel who surrendered in Mariupol. In the past week, both U.S. Defence Secretary Lloyd Austin and the Chairman of Joint Chiefs of Staff General Mark Milley called their Russian counterparts Sergei Shoigu and Gen. Valery Gerasimov respectively for the first time since the war began in February.

The resumption of talks in Belarus after two months suggests that Kiev has a negotiating brief that carries the imprimatur of Washington and London. These are big ‘ifs’. The objectives behind the Russian operation are not yet fully realised. Putin has the final word, but he prefers to concentrate more on navigating the Russian economy through the western sanctions.

The situation on the Ukrainian front lines in Donbass remains very complex. There is intense fighting street to street, village to village, as Russian forces continue to advance on the main front lines. Russia is not committing large forces, since operation is highly tactical aimed at cleansing the region of its “Nazi filth” (to borrow from Putin) if Mariupol is any example.

Russian forces made a significant gain in capturing Izyum with the intention to advance further south-west towards the town of Barvenkovo, which is the main stronghold of the Ukrainian forces in Donbass region. They are on the outskirts of the city of Severodonetsk and clashes continue along the road leading to Lisichansk, which has over 10000 Ukrainian troops.

Again, after taking control of Popasnaya, Russian are surrounding the Ukrainian forces in various settlements and breaking through their defence lines in three directions. The U.S. mercenaries, many of whom are likely intelligence agents, continue to fight in the ranks of the Ukrainian forces and several of them have been killed. 35-year old Joseph Ward Clark’s documents revealed that he belonged to a unit of special forces. Russia is striking key and strategically important Ukrainian targets such as warehouses, railways and bridges.

In military terms, Kiev and its western advisors hoped to pin down substantial Russian forces in Mariupol, but were outmanoeuvred. The commander of the Azov army Svyatoslav “Kalyna” Palamar was taken from the Azovstal steel plant yesterday in a special Russian armoured vehicle. All this will demoralise the Ukrainian military.

Therefore, the U.S. announcement of additional $40 billion for Ukraine can be seen as a morale booster. The combined American military aid for Ukraine now stands at $54 billion, which is about 81 percent of Russia’s 2021 defence budget. But, as Americans would say, there’s nothing like free lunch. The Ukraine Democracy Defense Lend-Lease Act of 2022 signed by Biden in May is patterned after the legislation used during World War II to supply weapons to allied countries, stipulating that these aid packages are actually debts that need to be paid back by Ukraine eventually.

Washington can claim compensation if Ukraine fails to redeem the debt, such as with the supply of cheap agricultural products by Ukraine, preferential business deals for American companies, and so on.

The Biden Administration probably hopes to ensure that the interest groups at the top echelons of leadership in Kiev continue with the war effort. Ukraine is a notoriously corrupt country and war profiteering on a massive scale can be expected. Much of the aid will be stolen by corrupt officials.

Going forward, the U.S. diplomacy faces a difficult situation. The EU has virtually shelved the ban on Russian oil and stopped talking about ending Russian gas supplies. The political dynamics in Europe is shifting. After approving five previous sanctions packages against Russia with remarkable speed and unanimity, European leaders have reached the point at which the penalties against Russia carry increasing costs and heightened risk of damage to their own economies, and that is testing their unity.

France, Germany and Italy, amongst many other EU countries, have come to terms with the new Russian regime for payment for gas supplies that effectively bypasses EU sanctions. Potentially, the current delay in the EU oil sanctions will likely have a domino effect.

During the recent weeks, there has been a flurry of ceasefire talk (and negotiations with Moscow) by French President Emmanuel Macron, German Chancellor Olaf Scholz and Italian Prime Minister Mario Draghi. Their remarks seem at cross-purposes with what the British and the Americans are saying. Simply put, the European continent’s three most powerful capitals have begun singing from a different song sheet, wanting the war to end quickly and everything to “return to normal” as soon as possible. The point is, divergences over allied war aims are emerging.

However, Russia is unlikely to agree to peace terms that fall short of its demands–a neutral Ukraine and Kiev’s acceptance of the status of Donbass region and Crimea. But then, the head of Crimea, Sergey Aksyonov said on May 18 that Kherson and Zaporizhia regions should be merged with the Crimea. Earlier, the head of the Kherson region also demanded that the region should integrate into Russia. These are gentle reminders that if the war continues, Zelensky will risk harsher terms of settlement.

In the final analysis, the tragi-comedy of the Azovstal event underscores that there are no winners and losers in this war. The U.S. wants to win this war, whereas Russia is not fighting a war but is seeking a successful operation to meet certain specific objectives of national security. The Ukrainian and Russian peoples have fraternal bonds. Ukraine is Russia’s neighbourhood, whereas it is 10000 kms away from America. This disconnect threatens to prolong the war.

The Europeans don’t have fire in the belly anymore while speaking about the war, which for them is becoming a great disrupter of the manicured, predictable life in their continent, something that they least expected when Washington hustled them into the war.

Above all, this is an operation of necessity for Russia, not of choice. Paradoxically, the choice was entirely upto the U.S. and NATO to appreciate that there is nothing like absolute security. Wasn’t it the former U.S. Secretary of State Henry Kissinger who once said,