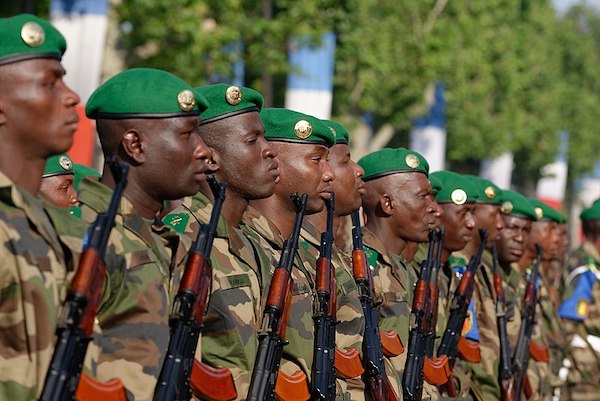 In the first two weeks of May 2022, the Malian military government ejected the French military and withdrew from the French political project, G5 Sahel. Deep resentment spread across Mali because of the civilian casualties from French military attacks and because of the French government’s arrogant attitude towards the Malian government. Colonel Assimi Goïta, who leads the military junta, said that the agreement with the French ‘brought neither peace, nor security, nor reconciliation’ and that the population aspires ‘to stop the flow of Malian blood’. France moved its military force from Mali to next-door Niger.

Inside Africa, there is trepidation about the expansion of the North Atlantic Treaty Organisation (NATO) southwards. NATO’s war on Libya in 2011 was the most dramatic instance of this expansion, with NATO’s warplanes destroying the infrastructure of the state and leaving it in a condition of political paralysis and social chaos. As a result of NATO’s war on Libya, instability swept through the countries just south of it, which include the states of Burkina Faso, Chad, Mali, Mauritania, and Niger (the five states of the Sahel). Guns and militants of all kinds–including al-Qaeda–swept southwards. Older conflicts–such as between the Tuareg and the Malian state–and older criminality–such as smuggling across the Sahara Desert–latched on to the black flag of jihad as it was driven in white Toyota trucks from Libya’s southern desert into northern Nigeria. NATO followed these trucks, using their presence to justify its grip deep into the African continent.

No one denies the fact that the chaos in the Sahel region of Africa was deepened by the 2011 NATO war against Libya. Mali’s earlier challenges–including a decades-long Tuareg insurgency and conflicts between Fulani herders and Dogon farmers–were now convulsed by the entry of arms and men from Libya and Algeria. Three jihadi groups appeared as if from nowhere–al-Qaeda in the Islamic Maghreb, Movement for the Unification of Jihad in the African West, and Ansar Dine. They used the older tensions to seize northern Mali in 2012 and declare the state of Azawad. French military intervention followed in January 2013.

France recognised that legitimacy for its military had to be confirmed by a political platform. In 2014, the French assembled the states of the Sahel in Noukchott (Mauritania), where they created the G5 Sahel grouping. Three years later, in 2017, the G5 Sahel created the FC-G5, a military alliance to take on the insurgencies of the region. Both G5 Sahel–the political project–and FC-G5–the military alliance–provided cover for the French military presence; it could now be said that France has not really invaded these countries, who maintain their formal sovereignty, but that it is merely assisting these countries in their fight against instability.

The world media reports on NATO expansion, but the focus here is principally on eastern Europe not on northern Africa. NATO’s Framework for the South and its collaboration with the African Union since 2005 provide sufficient evidence of Europe’s attempt to recolonise Africa.

Travel through this region makes it clear that the French–and U.S.–interest in the Sahel is not merely about terrorism and violence. There are two areas of interest that have drawn in both France and the U.S. to build a massive military presence in the Sahel (including, the world’s largest drone base, operated by the United States, in Agadez, Niger). The first issue is that this region is home to considerable resources, including yellowcake uranium in Niger. The two of Arlit (Niger) produces uranium that powers one in three light bulbs in France, so that French mining firms (such as Areva) operate in a garrison-like town. The second issue is that these military operations are designed to deter the steady stream of migrants that leave places such as West Africa and West Asia and go through the Sahel and Libya to make their way across the Mediterranean Sea to Europe. Along the Sahel, from Mauritanian to Chad, the Europeans and the Americans have begun to build what amounts to a highly militarised border. Europe has moved its border from the northern edge of the Mediterranean Sea to the southern edge of the Sahara Desert–and it has, thereby, comprised the sovereignty of North Africa.

After NATO’s war on Libya, NATO headquarters in Brussels refused to allow any investigation of its devastating bombing. At that time, NATO’s legal adviser, Peter Olson, wrote to the United Nations (UN) saying that NATO deserved immunity. ‘We would be concerned if NATO incidents were included in the commission’s report as on par with those which the commission may ultimately conclude did violate law or constitute crimes’, Olson wrote. What NATO would like, he concluded, was for the UN commission to ‘clearly state that NATO did not deliberately target civilians and did not commit war crimes in Libya’. In other words, without any investigation, the UN Human Rights Council should give NATO a certificate of high moral character. That same attitude pervades the behaviour of France and other NATO countries in the Sahel.

The documented incidents of war crimes by France in Mali are what created a groundswell of opinion against the French presence. For instance, on January 3, 2021, in the village of Bounti in the central Mopti region of Mali, not far from Burkina Faso, a French drone strike killed nineteen civilians who were part of a wedding party. France’s defence minister Florence Parly said, “The French armed forces targeted a terrorist group which had been formally identified as such.” However, an investigation by the United Nations mission in Mali (MINUSMA) found after an investigation that the French drone fired at a marriage celebration of one hundred people. Such incidents provoked massive protests across Mali against the French military.

Military coups in Burkina Faso and in Mali are a result of the failure of the democratic governments to rein in the French. It was left to the military in Mali to both eject the French military and to depart from its G5 Sahel political project.

HUNGER CANNOT BE DEFEATED BY GUNS

Conflicts in Mali, as the ex-president Alpha-Omar Konaré said over a decade ago, are inflamed due to the suffocation of the country’s economy. Neither did the country receive debt relief nor infrastructure support. This landlocked state imports over 70 per cent of its food, whose prices have skyrocketed in the past month. Mali faces harsh sanctions from the Economic Community of West African States (ECOWAS), sanctions that will only deepen the crisis and provoke greater conflict north of Mali’s capital, Bamako.

‘We live in one of the poorest places on earth’, former president Amadou Toumani Touré told me before he died in 2020. About 80 per cent of the people of the Sahel live on less than $2 a day and the population growth in this region is expected to rise from 90 million (2017) to 240 million (2050). The region owes a vast debt to the wealthy bondholders in the North Atlantic states, who are not prepared for debt forgiveness. At the Seventh Summit of the G5 Sahel (February 2021), the heads of state called for a ‘deep restructuring of the debt of the G5 Sahel countries’. But the response they received from the IMF was deafening.

Part of the problem is the demands made on these states to increase their military spending against any increase in spending for human relief and development. The G5 Sahel countries spend between 17 per cent and 30 per cent of their budgets on their militaries. Three of the five Sahel countries have increased their military spending astronomically over the past decade: Burkina Faso by 238 per cent, Mali by 339 per cent, and Niger by 288 per cent. The arms trade is suffocating these countries. With the entry of NATO into the region, this illusionary form of treating the Sahel’s problems as security problems will only persist. Even for the United Nations, the questions of development have become an afterthought to the focus on war.

France’s operations have been governed mostly by the country’s need to control resources and to prevent the flow of migrants towards Europe. Neither an open border nor a closed border, nor a drone base nor a Special Operations force will end this flow of refugees into the dangerous desert. The root cause of the conflicts is the same as everywhere: environmental destruction and climate change and the vagaries of private appropriation by the few of the social wealth produced by the many. These causes produce war and desolation, drive the poor to blame other poor people on ethnic or religious lines for their grievances, push the world to war and fanaticism, which in turn allows NATO states to use conflict as a reason to offer a military solution to every problem.