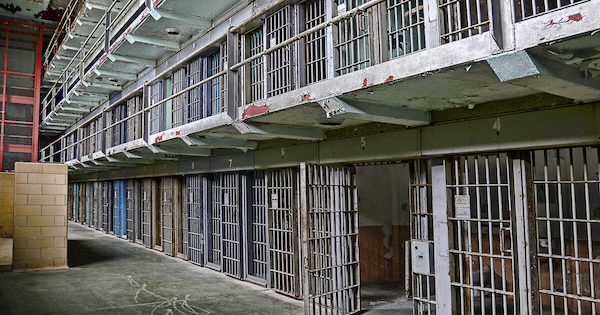 The Supreme Court dealt yet another blow to the right of prisoners challenging their unjust imprisonment through writs of habeas corpus, the legal vehicle through which such challenges are made, with its May 23 ruling in Shinn v. Martinez Ramirez. The decision will leave thousands of people barred from challenging their sentences in federal court in situations where they have exonerating evidence that their lawyers failed to submit at trial.

In Shinn, the supreme court consolidated two cases where men on death row alleged that their Sixth Amendment right to counsel was violated when convicted and sentenced, and thus, their sentence was unconstitutional. In the first, Barry Jones’ legal counsel failed to properly investigate his case. His lawyer failed to bring forth readily available medical evidence that would have destroyed the prosecution’s theory of the case. In the second, David Martinez Ramirez would not have been able to be sentenced to death under the constitution had his lawyer brought forth evidence of Mr. Martinez Ramirez’ intellectual disability. In these cases, the attorneys failed their clients and did not present medical evidence that could very well have resulted in a not guilty verdict in one case, and prevented a death sentence in the other.

Justice Thomas, writing for the court, denied the two men habeas relief stating that federal courts are not permitted to hear new facts that were not put forth during the trial and initial appeals. This ruling has one goal: to make it harder for prisoners to challenge their imprisonment, regardless of if they are actually guilty. It requires a prisoner to rely on the factual record produced by ineffective counsel in order to demonstrate that the counsel was ineffective.

That sounds nonsensical and impossible because it is and is intended to be. The court here states that this evidence cannot be shown because the ineffective counsel acted ineffectively and now the prisoner bears that morbid burden alone.

Thomas also states that there is no right to habeas corpus relief on the basis that a prisoner has new evidence of actual innocence. Justice Thomas, as Supreme Court Justices very often do when they write their most abhorrent opinions, cites the need to protect states’ rights as the reason why an innocent man must be put to death. Thomas writes, “federal courts must afford unwavering respect to the centrality of the trial of a criminal case in state court.” He states that habeas review by federal courts is “an affront to the State and its citizens who returned a verdict of guilt after considering the evidence before them.”

It is not an affront to the Supreme Court judges’ sense of justice when innocent men are imprisoned and sentenced to death, but it is an affront to justice to tell a state that they are imprisoning someone unconstitutionally. Why is that?

As the era of mass incarceration emerged with the ruling class turning to prisons as a central form of social control, profit, and political repression after the end of Jim Crow, there was great impetus to reduce the ability of prisoners to seek writs of habeas corpus. More prisoners meant more people wrongfully convicted seeking habeas corpus relief.

The ruling-class erosion of habeas corpus rights began with the Supreme Court ruling in Wainwright v. Sykes that stated a person seeking habeas relief would have to show just cause as to why they had not brought the claim up previously. This means that a person who has exonerating evidence would have to provide a justification for not being able to present it earlier in order for a federal court to be willing to hear it. The ruling allows innocent people, with proof of their innocence, to nevertheless be imprisoned and executed if they had failed to follow the courts’ arcane procedures.

The court used procedural arguments to beat innocent people out of its courtroom and back into prison. It did however leave the door open for people who, like the defendants in Shinn, had received ineffective counsel.

In 1996 the federal government passed the Antiterrorism and Effective Death Penalty Act (AEDPA) instituting a one year statute of limitations for writs of habeas corpus, a requirement to “exhaust the remedies available in the courts of the State” before seeking federal habeas relief and the nearly insurmountable barrier of habeas relief only being available when the state court’s ruling was “contrary to, or involved an unreasonable application of clearly established federal law as determined by the Supreme Court of the United States.” The passage of AEDPA cut down successful requests for habeas relief by 80%!

Shinn’s holding shuts one of the very few doors that Sykes and AEDPA left open to unjustly convicted people seeking to get out of prison.  The Supreme Court uses legal jargon to hide its true purpose, and to make it seem justified that innocent men will be executed on their watch.  It is never justified, and neither is the existence of the undemocratic institution that is the Supreme Court.

The Supreme Court must be abolished

This anti-worker decision, which will have a disparate impact on Black people who are the most likely to be wrongfully convicted in this racist system, is not an anomaly. The Supreme Court is an unelected, unaccountable body that serves as the ruling class’ last line of defense against all progressive movements in this country. The Supreme Court has targeted a wide range of protections that were won for the oppressed and working people of this country, be it eroding the gains of the Civil Rights Movement by stripping away the Voting Rights Act and declaring desegregation bussing plans unconstitutional or the gains of the women’s rights movement with the possible overturning of Roe v. Wade.

The Supreme Court serves the tiny class of millionaires and billionaires who rule this country. The ruling class could care less about the innocence of the majority Black, almost exclusively working-class people who will be impacted by this decision. Their sole goal is to make profits and to make sure that the system that enriches them keeps churning. Their goal is social control, not justice. The Supreme Court ​​is part of the monstrous state machine that has imprisoned more people in the United States than in any other country.