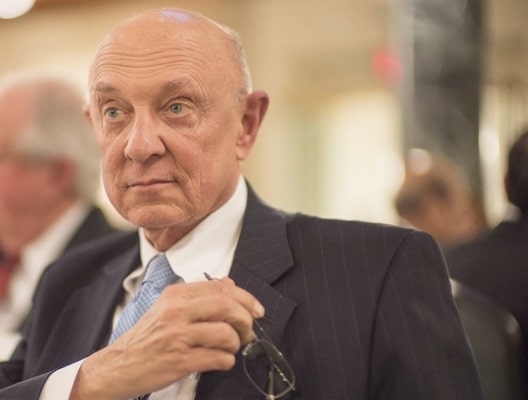 Former CIA director James Woolsey has admitted that the U.S. “interferes” in elections in other countries to protect its interests.

He made the candid remarks during an interview with Fox News presenter Laura Ingraham on Saturday.

Asked whether the U.S. “meddles in other countries elections,” the former CIA chief replied:

Oh probably, but it was for the good of the system in order to prevent the communists from taking over.

Mr Woolsey cited Greece and Italy in the years following World War II as examples of how the U.S. has intervened to prevent communist parties from coming to power.

“We don’t mess around,” he told the Fox News host.

Nazi collaborators known as the Holy Bond of Greek Officers were handed $1 million (worth approx £13.7m today) annually by the CIA to prevent the country coming under the influence of the Soviet Union.

Greece was an integral part of the NATO military alliance, with the Mountain Raiding Companies acting as part of its so-called stay-behind teams which crushed leftist groups across Europe.

The Greek Communist Party was banned and the country was ruled by right-wing dictatorships for decades until an uprising finally overthrew the military junta in1974.

When pressed on whether the U.S. continues to interfere in elections today Mr Woolsey laughed and said:

Only for a very good cause and in the interest of democracy.