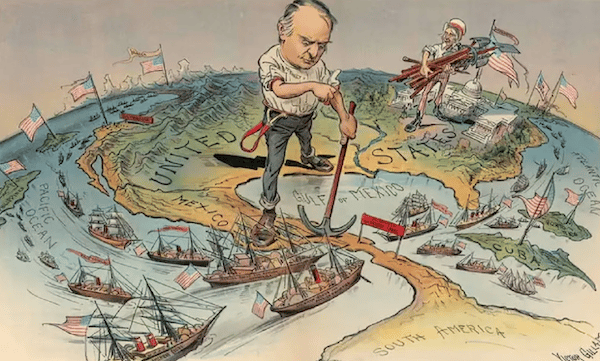 Puerto Rico: between colonialism, racism and slavery on July 25

Despite the harsh reality that Puerto Rico is neither free, nor associated, nor a state, July 25 marks the day of the creation of the constitution of the “Free Associated State,” or commonwealth, of Puerto Rico.

I write this article with the purpose of revealing some details about the Anglo-Saxon-supremacist jurisprudence that gave rise to and govern this colonial territorial status.

Before we travel back in time, let me point out that Section 2 of Article 3 of the United States constitution contains the Territorial Clause, which gives Congress the authority to fully regulate and dispose of U.S. territories. Under this, the United States has total control over Puerto Rican territory.

Let’s start with the slavery controversy elucidated in Dred Scott v. Sandford, dated 1856. Scott was a slave who lived in the Missouri Territory, but in Illinois he obtained his freedom–a legal status that Missouri did not recognize when Scott re-entered the territory.

Invoking the territorial clause, Scott sued the U.S. Supreme Court to order the territory of Missouri to recognize his acquired freedom. The Supreme Court justices affirmed that, despite the fact that the constitution indiscriminately mentioned and interchanged the use of the terms persons and citizens, slaves were neither persons nor citizens, since the constitution only applied to the states and territories that existed in the country in 1787, which meant that Black individuals, being of African descent, were neither people nor American citizens.

Another clear example of this racism is notable in the case of Plessy v. Ferguson, from 1896. The controversy here was that the state of Louisiana discriminated against whites and non-whites by segregating people based on ethnicity. The Anglo-Saxon-supremacist court decided that, when there is racial or political inferiority in the population, the constitution lacked the authority to put that inferior population on the same plane with other politically or racially “superior” people.

Two years later, on July 25, 1898, the United States invaded Puerto Rico. After the invasion, the U.S. Supreme Court began to resolve a constitutional dilemma with the so-called “Insular Cases,” which say that Puerto Ricans are “unfit” to receive citizenship because they are part of an “uncivilized race.”

The Supreme Court had to decide whether or not the U.S. constitution automatically applied to conquered territories. In 1901, among the lawsuits that the court decided is Lima v. Bidwell and Downes v. Bidwell.

In these two cases, the plaintiffs considered trade between Puerto Rico and the United States to be a domestic issue, so imposing tariffs on products moving between the two countries was unconstitutional.

In the case of Lima v Bidwell, the Supreme Court used the Dred Scott v. Sandford case to affirm that the territorial clause gave Congress the power to dispose of the territories, so that Puerto Rico, when ceded by Spain, became a territory of the United States.

In addition, given that the Treaty of Paris that ended the Spanish-American War ceded the archipelago without imposing major restrictions, it is a territory because, in contrast to the purchase of Louisiana, the Treaty of Paris did not stipulate that it should be incorporated into the U.S. union–concluding, therefore, that Puerto Rico is an unincorporated territory.

Similarly, the Supreme Court in Downes v. Bidwell held that neither the U.S. government, nor its laws, nor its constitution automatically extend to territories invaded and conquered by the United States, unless Congress so decides.

Due to the aforementioned facts, according to the judicial cases, Puerto Rico is a territory that belongs to the United States, but it is not part of the nation.

The Supreme Court used the decision in the Plessy v. Ferguson case to affirm that Puerto Rico is a possession “inhabited by alien races” that differ from the Anglo-Saxons in religion, customs, laws, and ways of thinking, which allows it to be treated differently under the territorial clause.

Despite these legal interpretations, July 25, 1952 is celebrated as the day of the creation of the “Free Associated State,” or commonwealth. However, the same date marks the infamous U.S. invasion in 1898.

If both events are commemorated together, the discriminatory jurisprudence behind the creation of the misnamed commonwealth of Puerto Rico is also implicitly applauded. At the same time, the Anglo-Saxon-supremacist racism that maintains Puerto Rico in a state of colonial impotence is condoned, as if it were a slave–a slave that can be taken to the market to be sold, transferred, bartered, or simply sacrificed when it serves the interests of the United States.