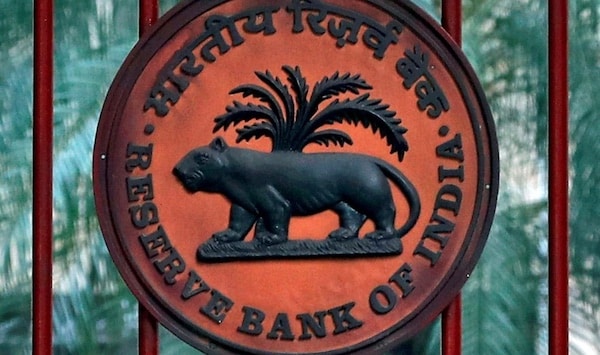 A Reserve Bank of India (RBI) logo is seen at the gate of its office in New Delhi, India, November 9, 2018. REUTERS/Altaf Hussain/File Photo

India’s forex reserves were down another $8 billion to a 15-month low of $580 billion on July 8, the latest figure released by RBI.

Since the Ukraine war began, the RBI has sold more than $35 billion trying to defend the rupee’s exchange rate. Yet there is no respite for the rupee,  which breached the psychological mark of Rs 80 to a dollar yesterday.

Uday Kotak, Chairman of Kotak Mahindra Bank and an important voice in the financial sector, has warned that the U.S. Federal Reserve is the ringmaster today and countries that don’t toe the U.S. Fed line could suffer grievous losses. Essentially, he is saying that central banks must follow in the U.S. Fed’s footsteps even if their own domestic macroeconomic conditions are relatively healthier. So if the U.S. Fed has raised benchmark interest rates by 150 basis points this year, other countries are advised to follow suit. If you lag behind, your currency will suffer.

Kotak gives the example of Japan, which did not follow the U.S. in raising interest rates and its currency fell an unprecedented 30% against the dollar. India’s currency has declined about 8% this year, despite the RBI raising the benchmark interest rate by a total of 90 basis points. But it still lags behind the U.S. Fed, which has already raised interest rates by 150 basis points  and is poised to increase them by another 75 basis points soon.

India will have to respond by increasing interest rates further sooner rather than later. Higher U.S. interest rates make global capital abandon other countries and rush to American bonds whose market yields have doubled at the shorter end (one to three years) in recent months.
India has been battered by a net outflow of $30 billion by foreign institutional investors (FIIs) alone this year.

As the U.S. Fed raises interest rates further, there will be more pressure on the rupee and forex reserves will also come under severe strain. The RBI has sold close to $40 billion this year only to ensure an orderly decline of the rupee’s exchange rate to Rs 80 to the dollar. Without the RBI’s serious intervention, the rupee may have fallen close to Rs 90 or even more.

The RBI has multiple dilemmas and objectives. How much more should it sell from forex reserves to defend the rupee? Up to what level should the rupee be allowed to slide? After all, currency depreciation is tantamount to importing more inflation as imports become costlier, while India is attempting a big infrastructure-led growth strategy.

Poonam Gupta, Director General of National Council of Applied Economic Research, India’s oldest economic think tank, which also works with the government, has argued that the RBI must be careful about how much reserves are expended to defend the rupee “lest the reserve adequacy ratio turns unfavourable”. Writing in The Economic Times, she advocates that the rupee can be allowed to slide another 5%. This means it could be allowed to depreciate to Rs 84-85.
The RBI has another problem. If it simply follows in the footsteps of the Fed hike in interest rates, it might jeopardise the nascent recovery in the economy as domestic credit becomes costlier.

Currently, RBI must juggle several objectives ― inflation, interest rates, growth and currency. But rupee management is the top priority. This will continue till the U.S. Fed is done with all the interest rate hikes and withdrawal of liquidity it plans over the next three quarters.
As Uday Kotak suggests, there is no escaping the diktat of the U.S. Fed in the near term. It remains the big boss in this global currency crisis.

A version of this article first appeared in The India Cable–a subscribers-only newsletter published by The Wire and Galileo Ideas.