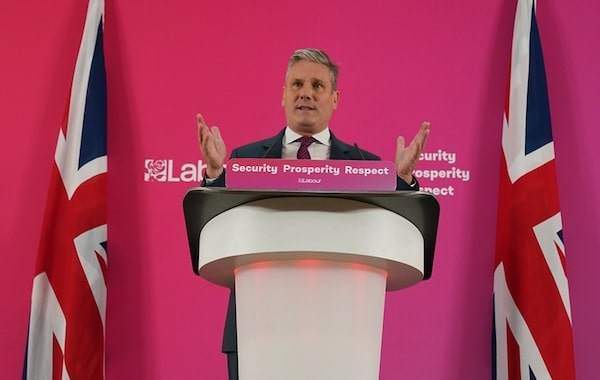 Sir Keir faced an open revolt in the party after sacking Mr Tarry as his shadow transport minister for joining a rail strike picket line on Wednesday and for giving a round of media interviews without permission.

The Labour leader’s move has been met with fury by union leaders and the left of the party.

Manuel Cortes, general secretary of TSSA, where Mr Tarry was a political officer before his election to Parliament in 2019, said:

Whatever excuses the Labour Party makes about the reasons for Sam being sacked, the reality is he has shown solidarity with his class and we applaud him for that.

If Keir Starmer doesn’t understand the basic concept of solidarity, upon which our movement has been built, then he is not worthy of leading our party.

Labour is becoming more and more irrelevant to ordinary working people who are suffering.

Juvenile attacks on trade unionists will do absolutely nothing to further Labour’s prospects for power.

Bakers’ union BFAWU recently disaffiliated from Labour. Its president, Ian Hodson, said the party was “no longer the party of organised Labour. It’s irrelevant to our class.”

Mick Whelan, general secretary of Aslef and chair of Labour Unions, the body that brings together unions affiliated to the party, said:

On a visit to Birmingham, Sir Keir said he had sacked Mr Tarry for making up policy “on the hoof.”

I think any trade union leader would understand the need for collective responsibility in a political party.

It’s very important that we have that responsibility because we want to win an election.

In a statement, Mr Tarry said:

I remain committed to supporting the striking rail workers, and campaigning for a Labour victory at the next general election, which I will fight for relentlessly from the back benches.

Mr Tarry received messages of solidarity from many of his parliamentary Labour colleagues.

Where should a Labour shadow transport minister be, other than on the picket line, supporting transport key workers seeking to defend their jobs, terms and conditions.

On Wednesday, RMT general secretary Mick Lynch called for a general strike in retaliation to the government’s threat to curb industrial action, warning of “the biggest resistance mounted by the entire trade union movement.”

Mr McDonnell said he would support a general strike by unions.

We can’t go on like this–we have got to protect people … and if that means co-ordinated action to make it more effective and to resolve disputes much more quickly, well, so be it.

Tory leadership favourite Liz Truss has promised, if she becomes prime minister, to push through laws to make sure “essential services are provided on our railways” if unions strike.