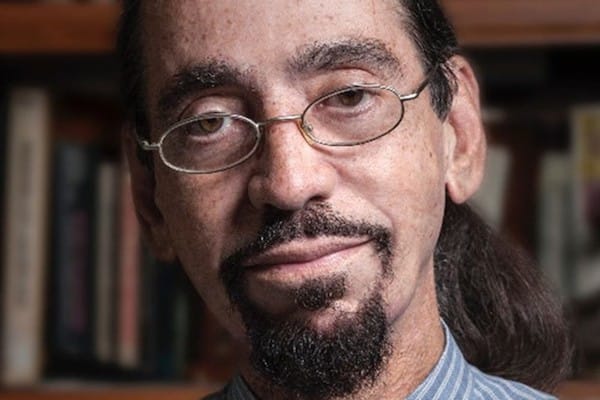 I was very proud to write the preface to Glen Ford’s book, The Black Agenda , which was published posthumously by OR Books. As we approach the first anniversary of Glen’s passing, I endeavored to explain why his journalism was truly irreplaceable.

In the best sense of the word a journalist is someone who brings to the public sphere accurate, well sourced information, and rigorous analysis. Those individuals speak for the marginalized, who can’t speak for themselves, and they expose the privileged, who are always given opportunities for expression. They point out the faults of those deemed too authoritative to be questioned. If an outlet claims to write all the news that is fit to print or declares that democracy dies in darkness, their work should be given more scrutiny than credibility. The journalist should be truly independent and skeptical of official narratives. Glen Ford was such a person. His decades of work provide a blueprint for anyone who wants that word to have real meaning and integrity.

I began working with Glen Ford in 2003 when he was co-publisher of Black Commentator. At his urging I began writing there weekly, and we later co-founded Black Agenda Report with the late Bruce Dixon in 2006. In all of those years Glen was a mentor and a teacher. I saw him open up new worlds of information for thousands of people searching for what is often called alternative news. They are just searching for information that ought to be easily discovered, but is instead disappeared by media outlets and personalities who collude with corporate interests and with the state. Ford came to his career through an interesting set of life circumstances.

He told me that his parents attended the concert where Paul Robeson, Pete Seeger, and other performers were attacked by a right-wing mob in Peekskill, New York in September 1949. Glen was born two months later, prepared to carry on the work of the left from birth. He was also a Black man who spent part of his childhood and youth in Georgia during the days of segregation, America’s apartheid. His father was a local radio station host, and Glen was on the air while still in childhood. His upbringing as a Black leftist growing up in the south in broadcast news gave him a unique perspective and made his work as a journalist irreplaceable.

I think of the retro term “race man” when I think of Glen Ford. It is a term from years gone by, a relic of the days of segregation. A race man was one who was dedicated to meeting the needs of Black people, who constantly thought of their benefit, and struggled alongside the masses to overcome the oppression they were subjected to. Glen Ford was the penultimate race man. In the 18 years that I was privileged to know him, I found that his abiding concern was for the welfare of Black people. He didn’t succumb to the nostrums which declared that Black people were to blame for their own problems or that boot straps and respectability politics were the path to liberation. He was uncompromising in his analysis of the United States and its history of anti-Black racism that was practiced domestically and internationally. The Black Agenda Report team and its readers were very fortunate to have an Executive Editor who so clearly defined what we call “the Black left perspective.”

While the corporate media reported the story of Detroit’s bankruptcy with non-subtle narratives that the majority-Black city was badly governed, Glen was among the few who reported that banks pushed the city to financial ruin. He blamed the Black politicians who went along with derivative schemes which drove Detroit over the edge to complete insolvency. Michiganders had approved a referendum opposing the use of emergency financial managers who took control of cities and subjected them to brutal austerity measures such as cutting workers’ pensions. But a Republican governor ignored the will of the voters, and in the pages of Black Agenda Report, Glen Ford exposed the heist carried out by banks who pushed the city into bankruptcy and then were first in line to be paid.

Glen Ford was the first person to call attention to Cory Booker’s astonishing rise to prominence. In Booker’s first campaign for mayor of Newark, New Jersey it was Ford who revealed his ties to right-wing organizations such as the Manhattan Institute and the Bradley Foundation. His reporting was so good that Booker’s opponent distributed the Black Commentator articles which exposed the effort to groom a Black politician willing to carry out austerity, school privatization, and other right-wing initiatives that would ordinarily be anathema to Black voters.

Booker was not the only member of what Black Agenda Report referred to as the “Black misleadership class.” The politicians and others thought of as leaders are not independent actors, instead they are given money, positions, and some degree of access to the world of the elites in order to influence Black people and get buy-in for the neo-liberal consensus. Glen Ford had a keen eye for their activities, and as a result Black Agenda Report did not succumb to the imperative to elevate and protect the Black face in a high place.

Nowhere was that more obvious than in his coverage of Barack Obama’s campaign and his presidential administration. While other Black leftists changed their political religion in the wake of Obama’s 2008 success, Glen Ford consistently maintained an independent political stance. He called Obama and Hillary Clinton “political twins” who would offer up the same policies which had so badly failed Black people.

Ford saw what was coming when he described Obama’s ascendancy as the favorite of the 1 percent and marketing which made him appear to be progressive, as “Goldman Sachs and the anti-war movement being on the same page.” Ford regularly exposed the corrupting influence that Obama’s presidency had on Black Americans and their long history of radical politics.

Once the most left-leaning cohort in the country, the determination to protect Obama pushed a group that always showed the least support for wars and foreign interventions into cheerleaders for whatever their idol cooked up domestically or internationally. Ford pointed out that in 2002, only four members of the Congressional Black Caucus (CBC) voted in favor of giving George W. Bush authorization to invade Iraq, while in 2011, more than half of that group, twenty-four CBC members, voted to support the U.S. and NATO bombing of Libya. The final success in destroying that nation was a war crime, but the people who once would have called it such were largely silent.

Ford often said that Obama and the Democrats were not the lesser evil, they were just the more effective evil; effective at carrying out the will of the wealthy and the corporations and the military industrial complex while giving the appearance of opposing the people they in fact catered to. Foreign policy was of great interest to Glen Ford and to readers of Black Commentator and Black Agenda Report. They were given detailed accounts of the U.S.’s hand in the coup and kidnapping of Haiti’s president Jean-Bertrand Aristide. While most of the media ignored Africa or only reported on coups and warfare, Black Agenda Report explained the role of U.S. allies Uganda and Rwanda as they pillaged and murdered in the Democratic Republic of Congo. The existence of the United States Africa Command, AFRICOM, is largely unknown, but not to anyone who follows Black Agenda Report.

Our readers are well aware of the drone bases and other facilities that are now spread throughout the African continent. The standard foreign policy narratives have no place at Black Agenda Report. In fact, our readers become experts themselves, and know that most of what they might read and hear elsewhere from supposedly reliable sources is often untrue.

Glen Ford is irreplaceable not just because his writing was so sharp and so clear, but also because his politics were so clearly of the left. He was not a liberal, or a Democrat, or a progressive. He was a Marxist, and he brought that ideology to all that he did. In so doing he revealed important information that is regularly disregarded or disappeared. He also had a talent for making every issue understandable and making connections with the reality of people’s lives. When he spoke of the political duopoly, the Republicans and Democrats who provide political theater as they do the work of the ruling classes, no one was confused about what they were witnessing as large numbers lost their homes in the financial crash of 2008 or were forced to take low wage work or even “gig” work, the culmination of capitalist intent for everyone else in the world.

Members of Glen Ford’s generation are now among the elders, and others are also passing away. Every year there are fewer and fewer people who share his life experience as a Vietnam War-era veteran and a member of the Black Panther Party. But the passing away of a generation is not new and we can never rely solely upon the living in order to analyze the past.

We rely on documented history passed on by the relentless truth tellers. That is what Glen Ford did. He told the truth about the history of the Thanksgiving holiday, segregation, imperialism, and billionaire rule. We rely on real journalists to help us understand the world. No one did that better than Glen Ford.