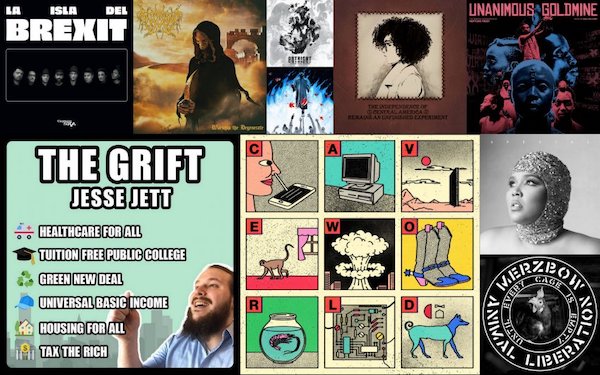 Do you think there’s no good protest music these days? So did I, until I started looking for it. The truth is, it’s always been out there–it’s sometimes just a bit difficult to find. Every month, I search it out, listen to it all, then round up the best of it that relates to that month’s political news. Here’s the round-up for July 2022. 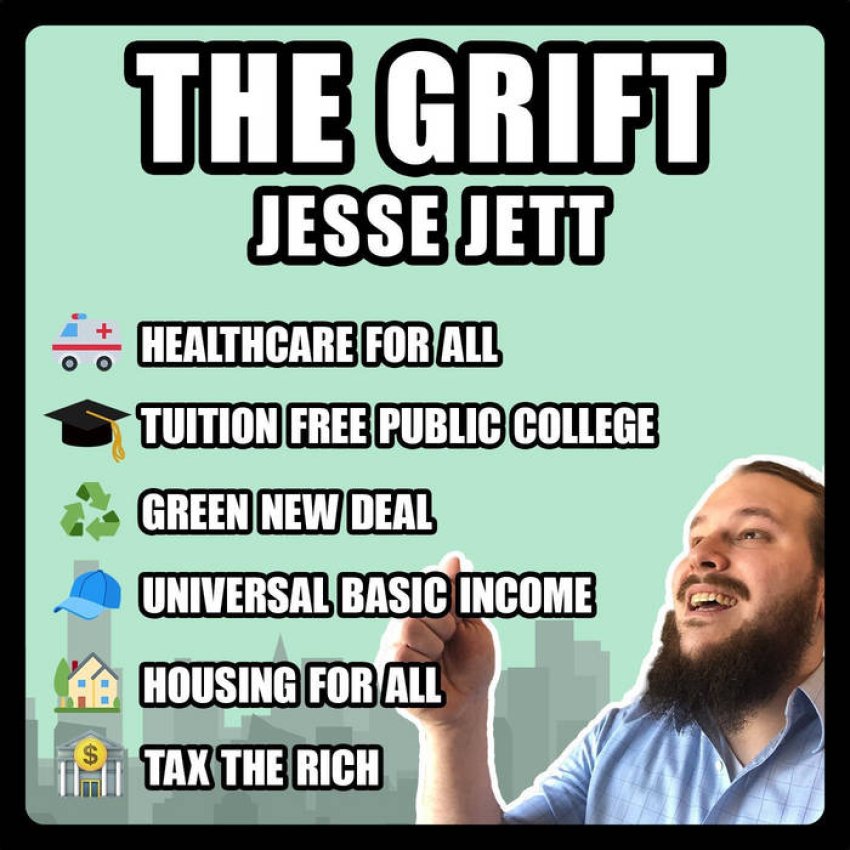 On July 4, just days after the U.S. Supreme Court strengthened gun rights, a white man shot into a crowd celebrating U.S. Independence Day. Despite killing seven people, he was quietly arrested only hours later. The same day, police shut down protests after a video was released showing an unarmed African-American man being shot 60 times by cops. Shooting down such racism and hypocrisy is the acerbic new album from radical U.S. poet Jesse Jett, released the same day. It takes aim at duplicitous Democrats as much as rifle-racking Republicans. On “The Oil Baron Rescue Plan”, he puts oil-backing, sabre-rattling U.S. president Joe Biden in the cross-hairs as he spits: “Biden’s born to leap at any war a donor’s cheque demands. Turns out that you can’t cure greed once it infects a man. Once they lose respect for human life and focus all their fucking efforts on the Oil Baron Rescue Plan.” LISTEN>>> 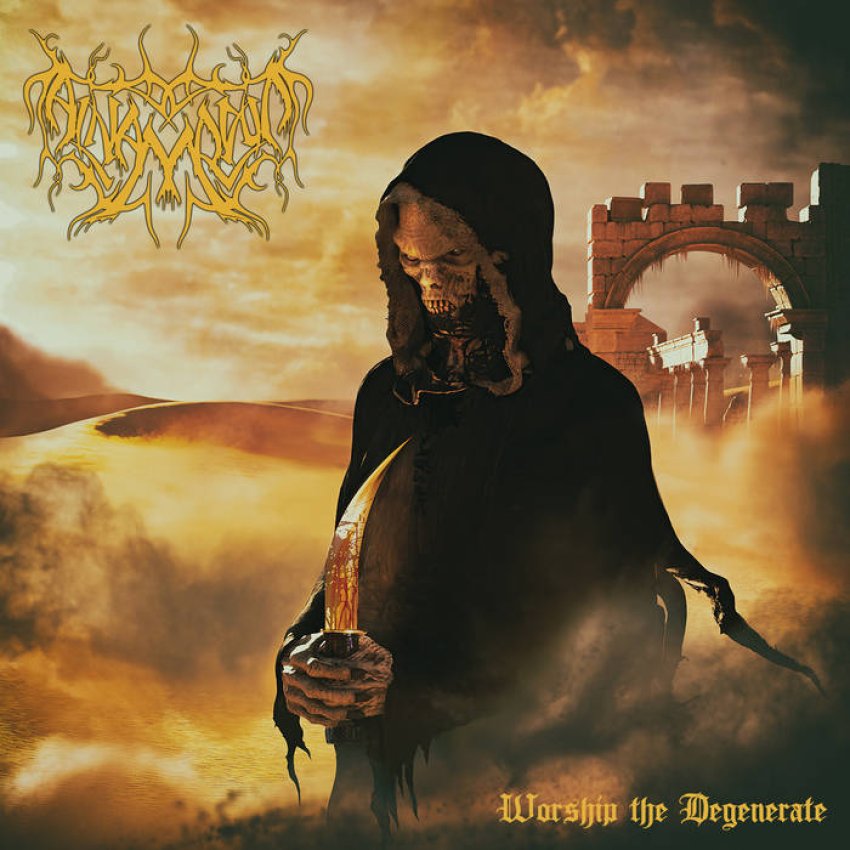 On July 15, Biden visited Saudi Arabia to beg its leaders to increase oil output, despite the global climate catastrophe. He said he also confronted the country’s de facto ruler for the notorious murder of journalist Jamal Khashoggi. But the Saudis said no such confrontation happened. Pulling no such punches are Saudi black metal band Al-Namrood. Their aptly titled new album, Worship The Degenerate, was released to streaming services on July 1. Interviewed about the album, the band, who have to stay anonymous for their own safety, said: “Al-Namrood has its goal to exist a voice for the voiceless through extreme music and sending out a message to all freedom fighters around the world that you are not alone, if you can not speak up, use art as a tool, remain safe but make your point, collaborate to do what you can do–and this is what we strive for.” LISTEN>>> 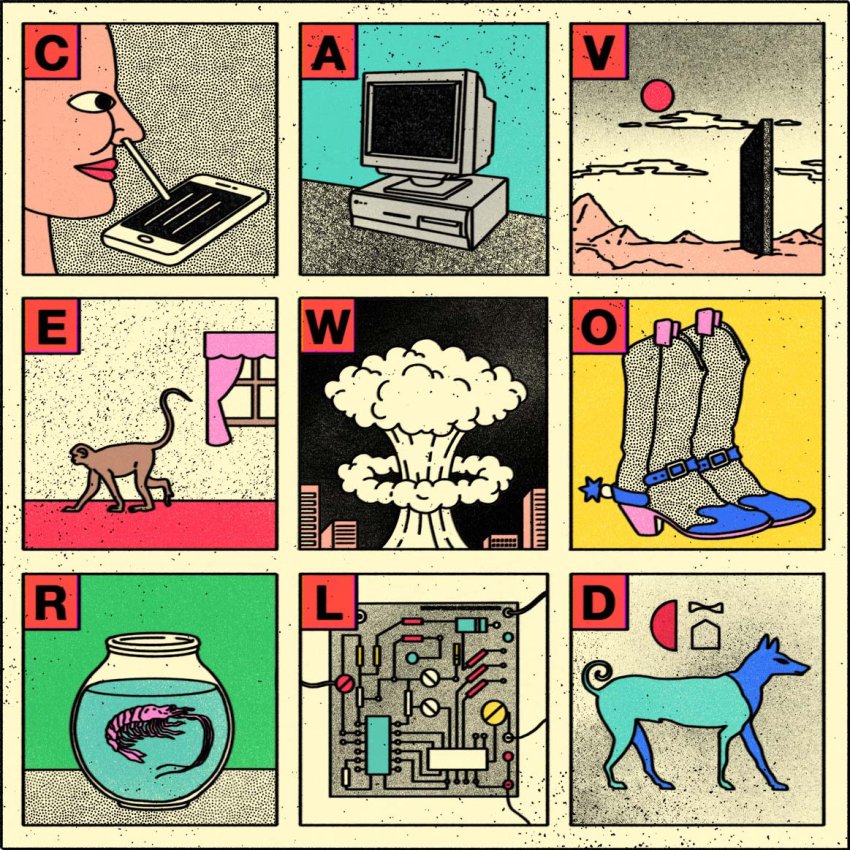 As the actions of Saudi-schmoozing former U.S. president Donald Trump were scrutinised in the Capitol riot hearings, Swedish punks Viagra Boys released their new album, which mocks his alt-right followers. “I definitely use the States as a reference point because it’s a real melting pot of insanity,” said the band’s U.S.-born singer, Sebastian Murphy. “I mean, those types of people definitely exist here in Sweden, but they’re not storming the Capitol or anything.” On the song “Troglodyte”, which he calls “a fuck-you to a lot of these angry idiots with extreme right-wing ideas“, Murphy sings: “He says he don’t believe in science. He thinks that all the news is fake. And late at night he sits on his computer and writes about the things he hates. But if it was a million years ago and we were still living in caves, you would not be welcomed by the other apes, ’cause you evolved a bit too late.” LISTEN>>> 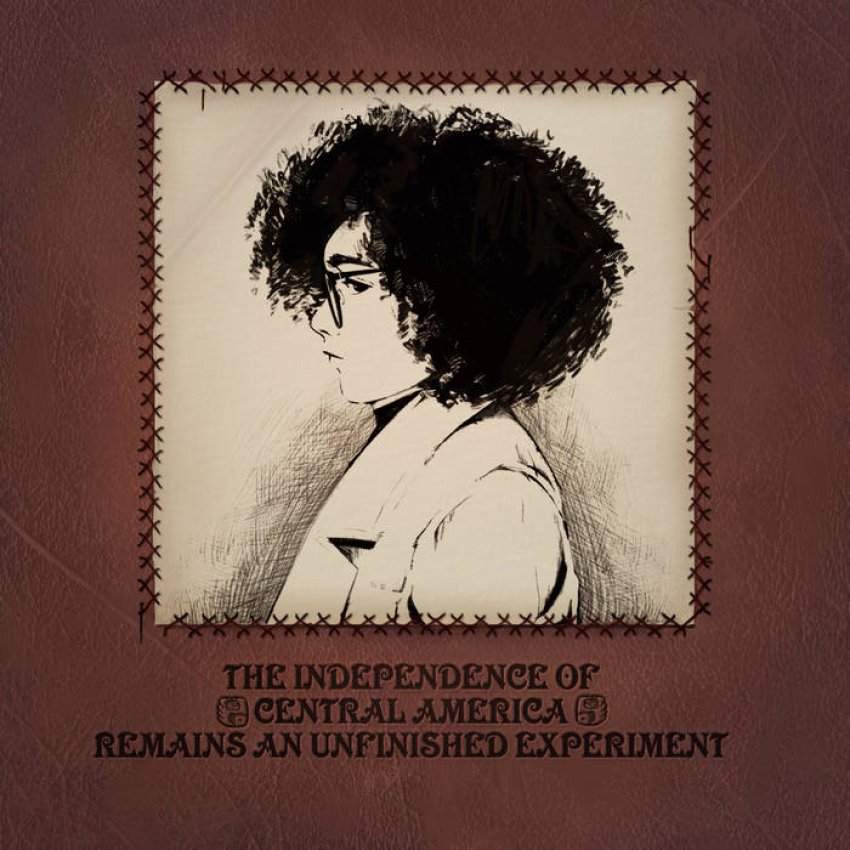 On July 18, the “Trump of the Tropics”, Brazilian president Jair Bolsonaro, signalled he was planning to ape Trump by contesting the results of Brazil’s upcoming election. The poll looks set to be won by leftist former president Luiz Inácio Lula da Silva. On July 22, revered Brazilian musician Gilberto Gil, who previously served as Lula’s culture minister, warned that “Bolsonaro has a retrograde worldview, an opposition to any advance”. On July 13, Trump’s former national security advisor, John Bolton, boasted of his involvement in coup plots against Brazil’s neighbour, Venezuela. And on July 1, Honduran-American musician Cime released their new album, The Independence Of Central America Remains An Unfinished Experiment, which condemns such U.S. meddling in the region. “I want to tell stories that stick with people, politically-oriented or otherwise,” they told protest music website Shouts. LISTEN>>> 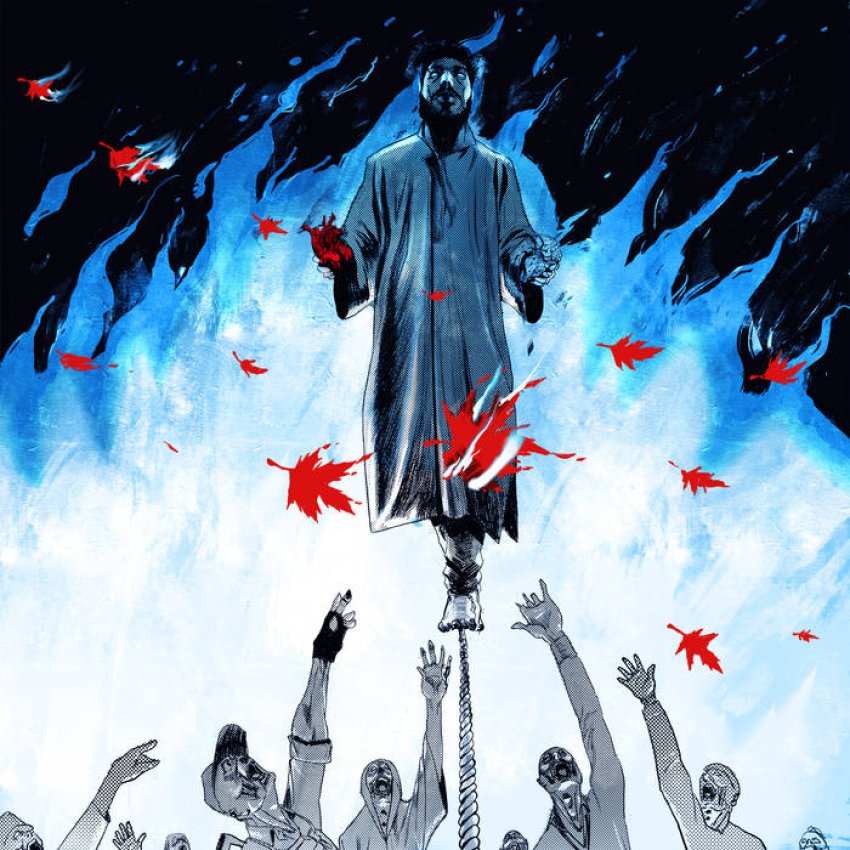 On July 5, Muslim student Afreen Fatima described how her family’s home had become one of many bulldozed by the Hindu nationalist government of “India’s Trump“, Prime Minister Narendra Modi. Four days earlier, Kashmir-based rapper Ahmer released his new album, which documents how Modi has turned the Muslim-majority northern region into an open-air prison. The song “Janaza” describes the secret burial of those killed as militants to prevent funeral processions that often evolve into protests. On it, Ahmer raps: “Another funeral today, but the body hasn’t been returned. I heard gunshots but they want you to believe no bullets were fired.” The album came as protests in neighbouring Sri Lanka brought down the government of the Rajapaksa dynasty, who have long used similar chauvinistic, divide-and-rule policies in their bloody persecution of Tamils. LISTEN>>> 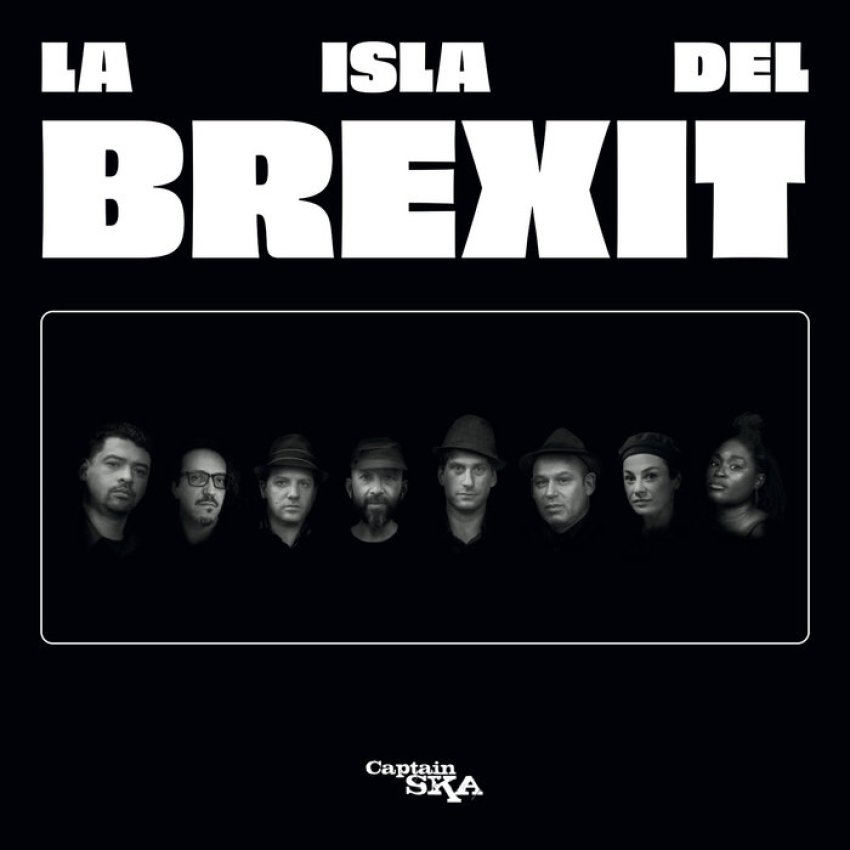 On July 7, Britain’s Trump, clownish Prime Minister Boris Johnson, resigned amid ever-mounting scandals. As he did so, activists blasted circus music at his residence, 10 Downing Street, after British film star Hugh Grant asked them to. A week later, London ska band Captain Ska released their new album, La Isla Del Brexit, which skewers Johnson. On “Britain Trump”, they sing: “Get that flag out my face, making not so subtle digs about race, cos where I’m from that’s the language of the National Front. The ridiculous hair and a word salad addiction deliberately blurring the lines between Britain Trump. Nationalism, the last refuge of a scoundrel. Not something you can easily clean with anti-viral hand gel. And just when you think the worst they’ve got is Jeremy Hunt, the Russians and their partners in sleaze go and pull out this cunning stunt: Britain Trump.” LISTEN>>> 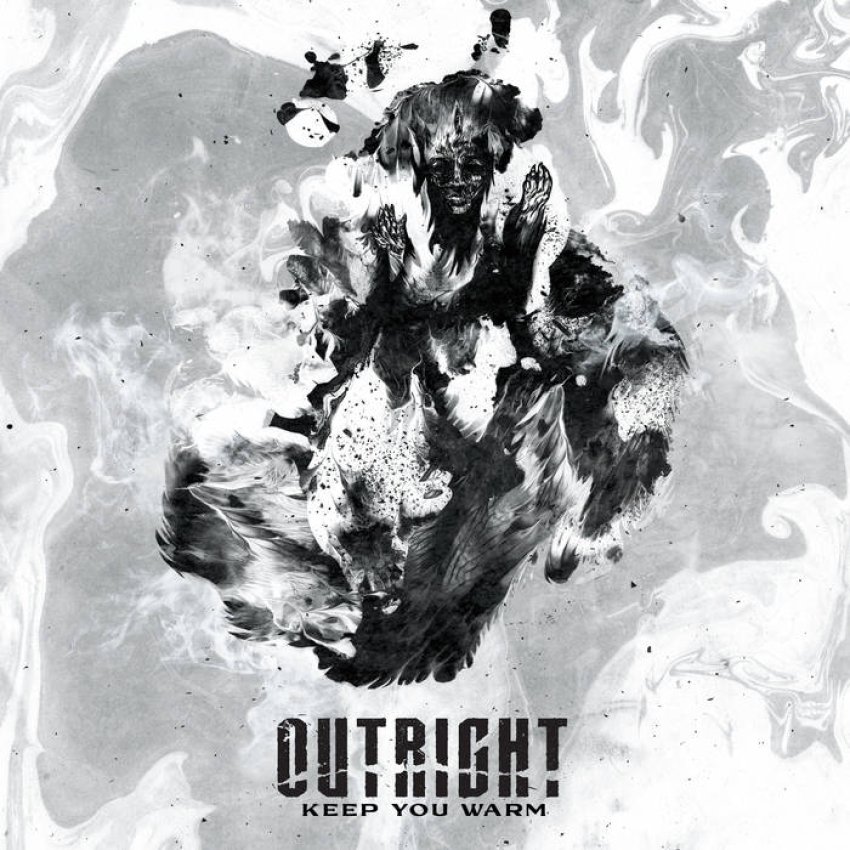 On July 15, flooded-out Sydney recorded its wettest July in history with two weeks of the month still to go. The same day, Melbourne hardcore punks Outright released their politically-charged new album, which features climate change anthem “Silent Spring”. On it, singer Jelena Goluza seethes: “As climate deniers change their approach from deny to delay to prolong their gains, powerful industry lobbies protect fossil fuels, PR campaigns designed to confuse and greenwash the truth. The science is there for those who choose to look.” Two weeks earlier, Australian jazz musicians Laurence Pike and Cameron Deyell released their new album, featuring songs dedicated to climate activist Greta Thunberg and inspired by Australia’s devastating bushfires. “There was a palpable sense of the world ending,” said Pike of the 2020 fires. “As a musician this couldn’t help but feed into my music.” LISTEN>>> 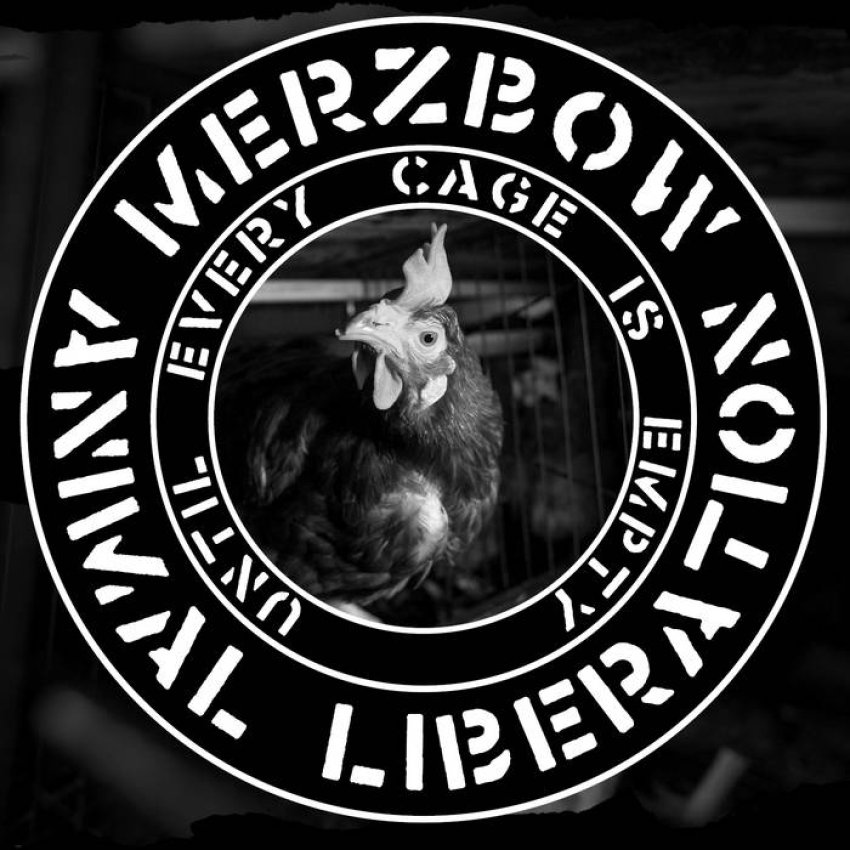 On July 19, Australia’s fossil fuel-pushing Labor government feigned surprise at the severity of the State Of The Environment report, released that day. The report showed Australia’s unique wildlife was going extinct at a devastating rate, threatening to collapse the ecosystem that supports all life. Summing up humans’ disregard for their fellow animals is the new album from Merzbow, self-described as a “total noise assault that only the King of Japanese Noise can provide”. “There is a theory that Covid-19 broke out from the poor conditioned wet markets where live animals are sold,” he said. “Human beings’ cruelty to animals, animal abuse and species discrimination are all adding up to a disaster for mankind and the whole planet.” The album’s relentless, nightmarish music–conjuring up the inescapable hell such animals endure–is probably like nothing you’ve heard before. LISTEN>>> 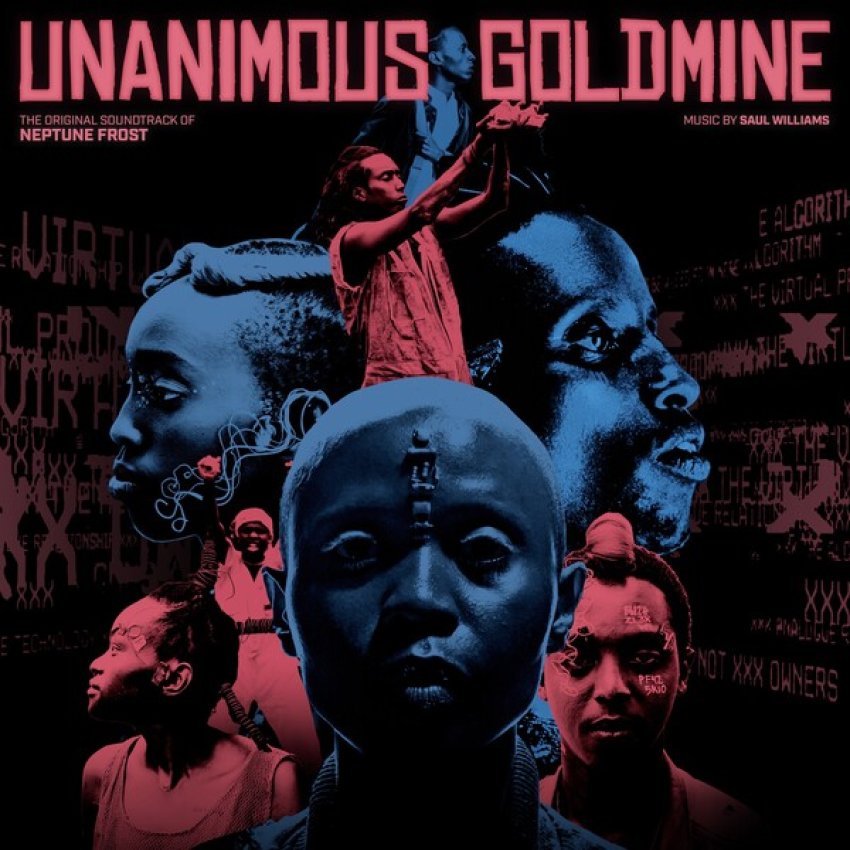 On July 14, Europe was reported to be “frying in devastating heat, yet burning more coal“. The same day, a British weather presenter went viral after his news anchor colleague told him to be “happy about the weather” instead of warning about deaths. On July 19, as London broke temperature records, a runway at its Luton airport had to be closed after melting in the heat–ironic, given that aviation generates 4% of global emissions. On July 11, scandal-hit coal mining giant Glencore said it was “proud” that coal had surpassed iron ore as Australia’s biggest export. Ten days earlier, actor and rapper Saul Williams released Unanimous Goldmine, his soundtrack album to a new Netflix series which tackles mining’s psychopaths. Neptune Frost shows that despite technology’s shiny, progressive image it is actually “the product of physical labour, of real exploitation, of bodies dead and buried”. LISTEN>>> 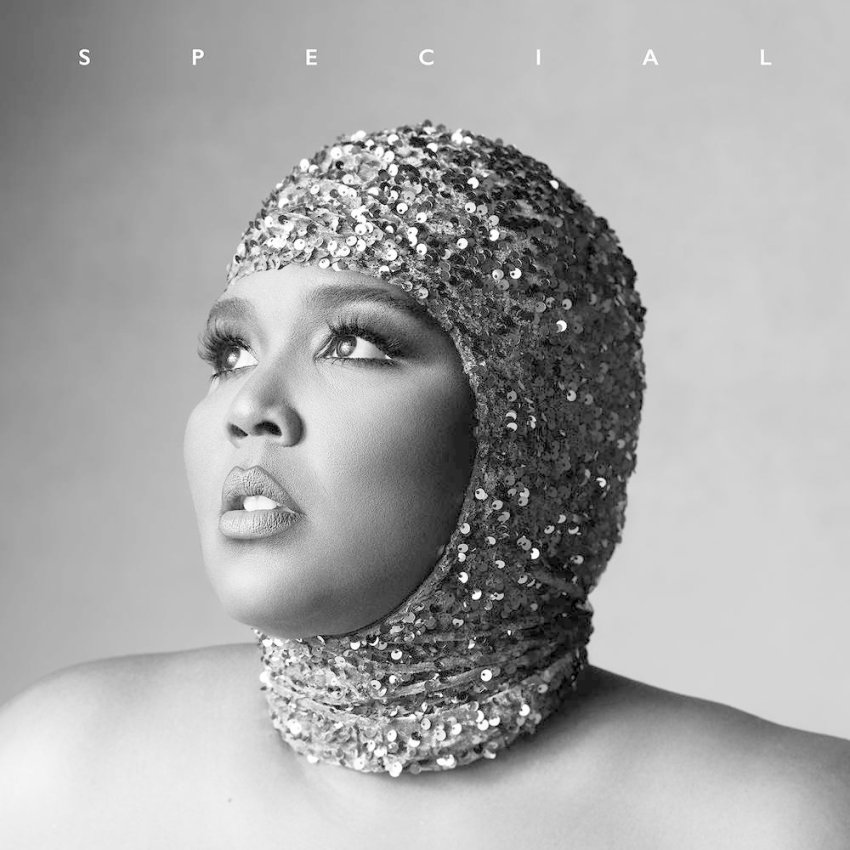 Despite honorable exceptions such as Saul Williams, most male rappers hypocritically spout misogyny while railing against oppression, punctuated in their use of the word “bitch”. But with her new album released on July 15, U.S. RnB star Lizzo reclaims that word in the same way rappers have reclaimed the n-word, repeating it until it becomes her own thing. Revered music magazine Rolling Stone went so far as to say that, in the context of the U.S. Supreme Court’s recent ban on abortion, the album could only be seen as “a radical political statement“. “And all Lizzo did to make a political statement,” it added, “was to let us in on what it feels like as a thick Black woman in the 21st century who doesn’t tiptoe around who she is and what it’s been like.” As protesters worldwide put it: “You can’t ban abortion. You can only ban safe abortion.” It’s also about as fun as political music gets. LISTEN>>>

Mat Ward has been writing for Green Left since 2009. He also wrote the book Real Talk: Aboriginal Rappers Talk About Their Music And Country and makes political music. This year, Mat Ward released his new album based on protest chants, Why I Protest. You can download it free for a limited time.