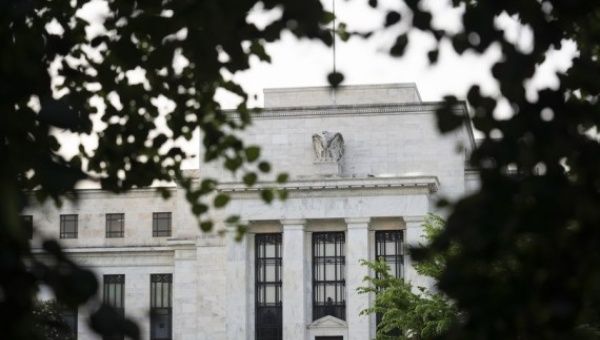 The far too aggressive hike of interest rates by the U.S. Federal Reserve is creating stagflation in the rest of the world and will not necessarily address the root causes of domestic inflation, a well-known U.S. economist has said.

“The central bank in the United States has already been far too aggressive in raising interest rates when there was really no need for it,” said Jayati Ghosh, professor at the Department of Economics under the University of Massachusetts Amherst.

In a recent online interview with Xinhua, Ghosh warned that if the U.S. Fed continues to raise interest rates, the rest of the world will experience stagflation.

The stagflation outside of the United States will be very serious as capital flight to safety causes severe debt and foreign exchange crises in many parts of the world and developing countries face imported inflation due to the strong U.S. dollar, said Ghosh.

“We are already facing inflation because of high food and fuel prices. And currency depreciation is making matters worse. So that adds to the inflationary tendencies,” said Ghosh, who worked as a professor at the Center for Economic Studies and Planning of Jawaharlal Nehru University, India, from 1998 to 2020.

“When developing countries have not yet really recovered from the pandemic and when many of them have not been able to do the fiscal response that advanced economies did, we already had slowing economies and recessionary tendencies. And now we have inflation. So that is a classic stagnation situation for the rest of the world,” the expert told Xinhua.

The current inflation was not created by a demand increase but by profiteering and speculation, which need to be addressed, she said.

“You have to address the excess profits made by companies and the financial speculation in the commodities market. Without addressing those, just raising interest rates, it’s like using a hammer for something where there is no nail,” said Ghosh.

“You may end up destroying an economic recovery or creating stagflation in other countries. But you won’t necessarily address the problems that have created the inflation,” she said.

The length of stagflation “really depends on how the situation plays out and that depends a lot on the monetary policies of the G7 (Group of 7) and whether the International Monetary Fund can step in and do what it’s supposed to be doing,” said Ghosh.

For about 60 years, the United States has taken advantage of its tremendous exorbitant privilege, as we call it, of holding the global reserve currency because it can print dollars at will and it will be accepted globally, said the economist.

Recent U.S. actions of freezing the central bank reserves of Venezuela, Afghanistan, Russia and Iran are “not only illegal in international terms, but are also creating an increasing distrust in the United States as a reliable place in which to keep your assets,” Ghosh said.

The U.S. dollar hegemony, which has been so crucial in the United States’ own economic expansion, is going to become much more fragile in the future, the economist said.

There’s no question that an increasing number of countries and central banks “are going to think of alternative ways of keeping their reserves and it’s obvious it’s the logical thing to do,” she added.