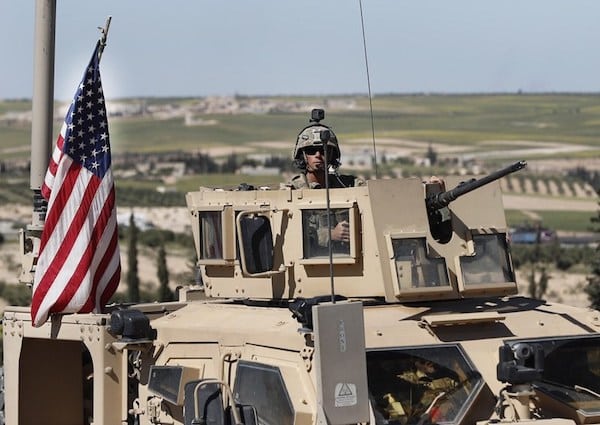 The U.S. occupation forces in Syria have looted 89 oil tankers from Syria and smuggled them into Iraq through illegal crossings, the Syrian Arab News Agency (SANA) reported on Sunday, citing sources.

A convoy of 89 oil tanks left from Al-Yaarubiyah, Al-Hasakah Governorate, using the illegal border crossing of Al-Mahmudiyah in northeastern Syria to get to Iraq, SANA  said on Saturday.

At the end of July, SANA reported that a U.S. base in the province of Al-Hasakah was shelled.

Syrian state media has accused over and over again U.S. and SDF armed groups, occupying areas in the vicinity of oil-rich fields, of smuggling resources to Iraq and then siphoning them out of there.

The United States has been for years supporting SDF militias against Damascus, and the U.S.-backed forces are currently occupying parts of the provinces of Al-Haskah, Deir Ezzor, and Raqqa, where the largest Syrian oil and gas fields are located. The actions carried out by the United States constitute state piracy with the aim of plundering Syria’s oil resources and depriving the Syrians of their own resources amid a harsh economic situation caused largely by the occupiers, the Americans themselves.

On May 16, the U.S.-led “International Coalition” began a new repositioning process in Syria, roughly two and a half years after former President Donald Trump’s decision to withdraw from Syria, which he later retracted and deployed instead his oil-thirsty occupation forces in areas where oil and gas fields are found.

Syrian civilians have long been resisting the U.S. occupation of their country, with locals preventing U.S. military convoys from entering their cities and villages all over Syria.

Chinese Foreign Ministry Spokesperson Wang Wenbin a few days earlier called on the United States to stop siphoning oil and grain out of Syria and make up for the damage caused by its military presence on Syrian soil.

What is the U.S. doing in Syria?

Besides being an occupation that backs armed groups for its own operations and agenda in the region, the U.S. occupation forces continue to steal Syrian oil by smuggling it from their bases in Syria to their bases in Iraq.

Convoys of tens of vehicles, including tankers loaded with stolen oil from oil fields occupied by U.S. forces in Syria, are frequently seen crossing toward northern Iraq, in addition to trucks loaded with military equipment.

The U.S. interference in the crisis-stricken Middle Eastern country continues to be exposed, from occupation to military agenda and the theft of oil.