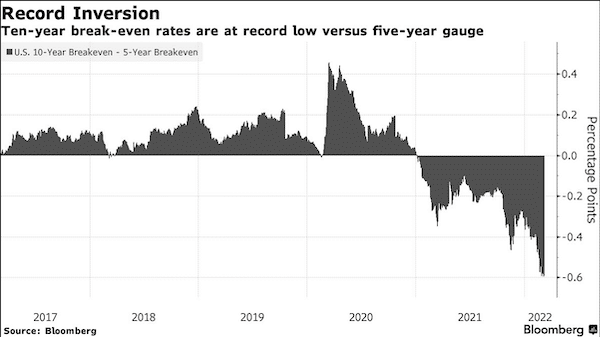 SYDNEY and KUALA LUMPUR. Half a century after the 1970s’ stagflation, economies are slowing, even contracting, as prices rise again. Thus, the World Bank warns, “Surging energy and food prices heighten the risk of a prolonged period of global stagflation reminiscent of the 1970s.”

With surging oil prices, concerns about the hawkishness of the Federal Reserve and fears of Russian aggression in Eastern Europe, the mood on Wall Street feels like a return to the 1970s.

Stagflation in the 1970s

Worse, it seems few lessons have been learnt from the last stagflation episode. There is no agreed formal definition of stagflation, which refers to a combination of economic stagnation with high inflation, e.g., when unemployment and prices both rise.

When growth is weak and many are jobless, prices rarely rise, keeping inflation low. The converse is true when growth is strong. This inverse relationship between economic activity and inflation broke down with supply shocks, particularly oil and other primary commodity price surges during 1972-75.

Non-oil primary commodity prices on The Economist index more than doubled between mid-1972 and mid-1974. Prices of some commodities, e.g., sugar and urea fertilizer, rose more than five-fold!

Looking more specifically at individual recessionary episodes associated with oil price shocks, we find that … oil shocks, per se, were not a major cause of these downturns.

They concluded, “an important part of the effect of oil price shocks on the economy results not from the change in oil prices, per se, but from the resulting tightening of monetary policy”. Their findings corroborated others, e.g., by James Tobin.

Following Milton Friedman and Anna Schwartz, other economists also found “in the postwar era there have been a series of episodes in which the Federal Reserve has in effect deliberately attempted to induce a recession to decrease inflation”.

The federal funds target rate rose from around 10% to nearly 20%, triggering an “extraordinarily painful recession”. Unemployment rose to nearly 11% nationwide–the highest in the post-war era–and as high as 17% in some states, e.g., Michigan, leaving long-term scars.

The IMF chief economist recently reiterated, “Inflation is a major concern”. The Bank of International Settlements has warned,

We may be reaching a tipping point, beyond which an inflationary psychology spreads and becomes entrenched.

GFC trade protectionist responses, U.S. and Japanese ‘reshoring’ of foreign investment in China, the pandemic, the Ukraine war and sanctions against Russia and its allies have reversed earlier trade liberalization.

Higher interest rates in the rich North have triggered capital flight, causing developing country currencies to depreciate, especially against the U.S. dollar. The slowing world economy has reduced demand for many developing country exports, while most migrant worker remittances decline.

Interest rate hikes have worsened debt crises, particularly in the global South. The poorest countries have seen an $11bn surge in debt payments due while grappling with looming food crises. Thus, developing country vulnerabilities have been worsened by international trends over which they have little control.

Supply-side cost-push inflation is very different from the demand-pull variety. Without evidence, inflation ‘hawks’ insist that not acting urgently will be costlier later.

This may happen if surging demand is the main cause of inflation, especially if higher costs are easily passed on to consumers. However, episodes of dangerously accelerating inflation are very rare.

Acting too quickly against supply-shock inflation can be unwise. The 1970s’ energy crises sparked greater interest in energy efficiency. But higher interest rates in the 1980s deterred needed investments, even to reverse declining or stagnating productivity growth.

For instance, ‘wage indexing’–linking wage increases to price rises–enhanced the 1970s’ inflation spiral. But labour market deregulation since the 1980s has largely ended such indexation.

The IMF acknowledges globalization, ‘offshoring’ and labour-saving technical change have weakened unionization and workers’ bargaining power. With both elements of the 1970s’ wage-price spirals now insignificant, inflation is more likely to decline once supply bottlenecks ease.

But the wage-price spiral has also been replaced by a profit-price swirl. Reforms since the 1980s have also enhanced large corporations’ market power. Greater corporate discretion and reduced employees’ strength have thus increased profit shares, even during the pandemic.

Corporations are taking advantage of the situation, passing on costs to customers. The net profits of the top 100 U.S. corporations were “up by a median of 49%, and in one case by as much as 111,000%”!

Meanwhile, many more consumers struggle to meet their basic needs. Interest rate hikes have also hurt wage-earners, as falling labour shares of national income have been exacerbated by real wage stagnation, even contraction.

Hence, policymakers should ease supply bottlenecks and address imbalances to accelerate progress, not raise interest rates causing the converse. Thus, they should rein in corporate power, improve competition and protect the vulnerable.

Allowing international price rises to pass through, while protecting the vulnerable, can accelerate the transition to more sustainable consumption and production, including cleaner renewable energy.

Deepening Stagflation: Out of the Frying Pan into the Fire. 5 Apr 2022. www.ipsnews.net