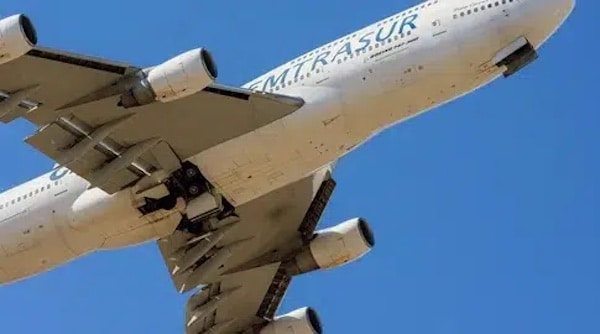 The subject relayed in the title is becoming more and more complicated. The Argentinian “justice” system, through the actions of the federal judge of Lomas de Zamora, Federico Villena, and Federal Attorney Cecilia Incardona, is determined to retain the EMTRASUR plane and its crew in Argentina even at the price of violating the fundamentals of law (such as the presumption of innocence) to comply with the seizure order issued by U.S. authorities. In this situation, the Argentinian government can do very little now—I insist on now. If it had acted more quickly, as soon as the plane arrived in this country, perhaps this infamous operation could not have been staged. But it did not act, either because it did not know, did not want to, or could not. However, beyond that, no one can overlook the fact that this maneuver will go down as one more episode in the U.S. blockade of the Bolivarian republic of Venezuela and of the harassment that Washington and Tel Aviv have exerted for decades against the Islamic republic of Iran.

This offensive has the enthusiastic support of powerful regional allies eager to demonstrate their absolute loyalty to the decrees of the empire and impatient to liquidate the Frente de Todos government [of Argentina] as soon as possible, or at least prevent it from being a competitive option in the presidential elections of next year. Standing out in this swarm are the chaotic forces of the political right, the media scoundrels, the judiciary and, of course, the so-called civil society groups and organizations that maintain solid ties with various agencies and NGOs in the United States. This unstable conglomerate is unified in the common vocation to turn Argentina into a U.S. colony.

Furthermore, there is every reason to conjecture that this machination around the Venezuelan plane may also be, at least in part, a retaliation for President Alberto Fernández’s speech at the Summit of the Americas in Los Angeles when, speaking as pro tempore president of the CELAC, he told Joe Biden what no Latin American leader ever told a U.S. president in his own home. Washington will not forgive him for that, and will do everything possible so that his government is defeated in the next election. The incident we are discussing is part of that strategy.

It is not a minor fact that the initial actors in this mess were officials of low administrative rank: (a) a telephone call from who knows who from Paraguay warning about alleged irregularities in the registration of the plane and the background of the Iranian crew; (b) some officials of modest rank in Ezeiza—civilians as well as police officers—who suspiciously exceeded their duties and raised all sorts of obstacles to prevent the refueling and return of the plane; and (c) lastly and most significant, the Montevideo airport authorities that prevented the plane—already in full flight to that city—from refueling at the Carrasco airport, putting the safety of the aircraft and its crew at risk.

The subsequent appearance on the scene of the Lomas de Zamora court—with Judge Villena and Attorney Incardona in the lead—turned what was cheap, ill-intentioned gossip and lacking in legal substance into a monstrous violation of all national and international laws, which reflects very badly on our country and especially on the national government. There was no arrest or seizure warrant for the EMTRASUR plane or any of the crew members. The aircraft was “clean” and was not “wanted” by any international commercial air travel control agency. It had been owned by Air France before being legally sold to an Iranian company that resold it to the Venezuelan company Conviasa, and it was transporting supplies for a car factory based in Argentina. Despite this, it was detained, and days later, in an act of unforgivable submission to U.S. mandates, the FBI was allowed to inspect the plane, a task that had already been carried out repeatedly by Argentine authorities without yielding any suspicious results. At the same time, the judge ordered that the passports of the crew members be withheld so that they could not leave the country.

This outrageous event has been going on for more than two months and is a serious violation of the principle of the presumption of innocence since there is no duly proven accusation of any crime against any of the crew members. Finally, the coup de grâce arrived: the United States now argues that the sale of the Boeing 747 that the Iranian company Mahan Air did to the Venezuelan government was not duly registered with the U.S. authorities, for which it asks Argentina to proceed to seize the airplane. The empire acts with its usual arrogance and intends to impose the extraterritoriality of its laws and regulations. It is actually a pretext to apply its policy of submission, devoid of any legitimacy. If the Argentine “justice” system (yes, in quotation marks) allows such an abuse to take place, it would deal a blow—if not deadly, at least very serious—to our democratic system, since it would no longer make sense to waste time and money of the state in electing deputies and senators to promulgate our laws, since it would be sufficient to apply those enacted by the U.S. Congress or the administrative resolutions of the White House. Why vote, then, if laws are made “over there” and applied here? And it is not just that. By complying with the U.S. demand, our country and its government would become accomplices in another robbery of Venezuelan assets. There is a history of this: Washington seized the huge CITGO company created by the PDVSA (three refineries and 5,000 service stations in the United States); its British servant did the same with the gold deposited in the Bank of England (31 tons!), and now it is trying to repeat its looting by appropriating the EMTRASUR plane. Summary: The empire loots and steals, that is in its DNA, and nothing and no one will be able to change it.

All this mess leaves the Argentine government, which holds the pro tempore presidency of the CELAC, and its head, Alberto Fernández, in a very bad light, who repeatedly condemned the blockades and also invited, within the institutional framework of CELAC, a meeting of heads of the Americas, including Biden, in Buenos Aires towards the end of the year. If, due to the scandalous behavior of its judiciary, Argentina submits to the orders of a U.S. court, President Fernández’s credibility would be undermined, since he would in fact validate a practice that he denounced at the Summit of the Americas, making him appear as an essential participant in a robbery of the only international means of transport available to a country that has been very generous with Argentina. The president will pay the consequences despite the fact that the prevailing “judicial dictatorship” in our country makes it impossible for him to reverse the shameful conduct of the judge and the attorney involved in the case.

There is more serious component of this unfortunate situation: the International Diabetes Federation reported in 2018 that there are 130,000 patients with type 1 diabetes in Venezuela, which makes them insulin-dependent. This was even communicated to the OAS Secretary General Luis Almagro, who did not take any action or issue any kind of communication in this regard. The EMTRASUR plane had, among several other missions, to carry and bring different types of supplies necessary for a cruelly blockaded country like Venezuela, including insulin (which is not produced in that country), various medications for cancer patients, spare parts for oil industry and many other goods. In addition, it was fulfilling valuable humanitarian tasks, such as the aid it provided after the devastating tropical storm that hit Suriname a few months ago. This being the case, the Argentine government only has one option left, because even when the judicial process concludes by dismissing all the false accusations against the aircraft and its crew, the procedural process will take a long time. The only concrete alternative to repair, at least in part, the damage that is being done to Venezuela is for the Argentine government to temporarily loan a cargo plane—from our armed forces or from any agency of the state—so that it can be used by the Bolivarian government while the trial continues. In this way, it will be possible to guarantee the Venezuelans access to essential goods, like insulin and cancer medications, required to save the lives of the people suffering from diabetes and various types of cancer. A loan that will end only after the Venezuelan plane of the EMTRASUR company is returned to its legitimate owners. If the Argentinian government, and perhaps the president himself, does not do so, they could even be accused in international courts of not having done what was necessary to prevent the death of many patients who could not receive the drugs that would have saved their lives because the plane that transported those medicines was immobilized in this country. It would be a limited usufruct until the judicial issue is resolved in accordance with Argentine legislation.

In our opinion, it is the only alternative left to us. It is obvious that the right wing and the agents of imperialism will viciously criticize the government if it makes that decision. But, the question is, will it be anything more than what they criticize daily with their fake news, media deployments, post-truths and all kinds of political operations? On the other hand, there will be many more people in this country who would see such a gesture as an appropriate reaffirmation of national sovereignty—people who do not want to adopt as their own the laws of the United States; as a noble act of humanitarian aid and solidarity and, finally, in coherence with the proclaimed rejection of the blockade policies.

Argentina does not have to interfere—or be forced to interfere—in matters that are not our concern; in this case the conflict of the United States and Israel with Iran, as a result of which this diplomatic, political and commercial war has moved to our country, just as the conflict between the U.S./NATO and Russia unfolds on European territory.

Washington has always been very adept at making sure that its fights and clashes take place far from home, not producing a mess “at home” but as far away as possible, earlier in Ukraine, now in Argentina. We need to learn this lesson. And along with the loan of the Argentine plane, it would be strictly fair for the judge to order the immediate release of the crew for lack of merit [of the terrorism charges against them]. They must be released immediately because they have not been proven to have committed any crime. Another legal monstrosity of the Argentine “justice” system, which needs more than ever to be subjected to a profound reform that definitively purges it of so many crooks who nest in its courts and so many practices at odds with the rule of law.