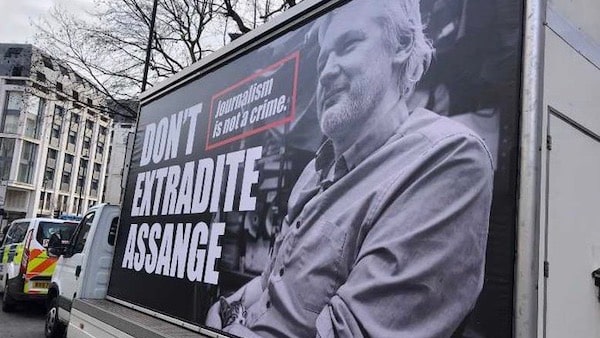 Today, 26 August 2022, Julian Assange is filing his Perfected Grounds of Appeal before the High Court of Justice Administrative Court. The Respondents are the Government of the United States and the Secretary of State for the Home Department, Priti Patel.

The Perfected Grounds of Appeal contain the arguments on which Julian Assange intends to challenge District Judge Vanessa Baraitser’s decision of 4 January 2021, and introduces significant new evidence that has developed since that ruling.

The Perfected Grounds of Appeal concerning the United States Government include the following points:

The Perfected Grounds of Appeal concerning the Secretary of State for the Home Department (SSHD) include arguments that Home Secretary Priti Patel erred in her decision to approve the extradition order on grounds of specialty and because the request itself violates Article 4 of the U.S.-UK Extradition Treaty.

“Since the last ruling, overwhelming evidence has emerged proving that the United States prosecution against my husband is a criminal abuse. The High Court judges will now decide whether Julian is given the opportunity to put the case against the United States before open court, and in full, at the appeal,” said Julian Assange’s wife Stella Assange.

14 March 2022: The Supreme Court refuses Julian Assange permission to appeal the High Court’s decision. The case is sent back to the Magistrates’ Court with instruction to issue the extradition order.

20 April 2022: The Magistrate issues the extradition order, which is sent to Home Secretary Priti Patel for approval.