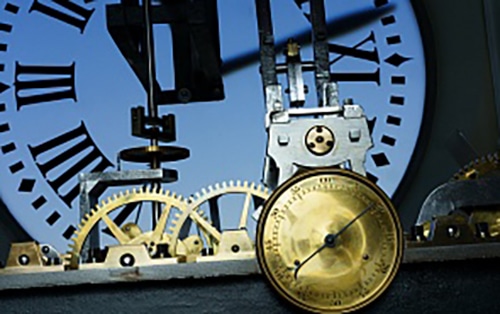 The basic justification of every policy of the West is the ideology of ecumenism the West is projecting, full of complacency and arrogance. However, it is a false ecumenism, as it corresponds only to the narrow interests of the Western ruling classes, not the interests of humanity, writes Valdai Club expert Dimitris Konstantakopoulos. This article was written as a follow-up to the author’s presentation at the expert discussion “The Global Ideological and Spiritual Landscape and Russia’s Place on the New Values Map of the World”.

There is a tendency nowadays to examine cultural questions, among them the question of values, independently of socio-economic and material processes as well as geopolitics. I believe it is a huge mistake, and this is why I will try to combine the examination of social, international and cultural processes.

As a correspondent in Moscow at the time, I closely followed the late perestroika period and Yeltsin’s period. I remember Soviet President Gorbachev proclaiming very important ideas. But, as Faust put it, show me the goal, but also show me the way to achieve it. Gorbachev did not know the path to his goals. As a consequence, his reform was hijacked by social and international forces in dynamics working not for the reformation, but for the destruction of the Soviet society and the state.

I was in Moscow when Russia was building its symbol of the new religion of Money to replace communism or whatever it was: the biggest McDonald in the world. Now I see its signs have been demolished. Russia is being forced to enter a new era in its history, but nobody can predict with certainty what its characteristics will be. The choices you will make now will shape your country but they will shape also the world, to some extent at least, given Russia’s importance.

Back in 1992, everybody was speaking about the “End of History” and the new era of the “Eternal Peace”. At that time, I wrote in an article that the “Cold War will begin again, but not from Berlin and Kabul, as in the past, but from Kiev and Tashkent”. By Tashkent I had in mind not precisely Uzbekistan, but the south of the USSR. Most people were thinking that I make crazy predictions, such was the confidence in the peaceful character of the new period opened by the Soviet collapse (which some would call a suicide). I’m not relaying all of this to praise myself but only to underscore that what followed the Soviet collapse was easily predictable.

Back in the 90s, Mikhail Gorbachev, then visiting Greece, asked the conservative President Karamanlis what gift he would like to bring him from Russia. “Bring us Russia back,” the Greek President answered him. We are happy that Russia is back even if we would prefer, of course, that this would happen in less tragic circumstances than the present ones.

It has been correctly said that the break-up of the Soviet Union was a major geopolitical catastrophe, not only for the Soviet peoples, but also for all humanity. Western capitalism and imperialism (and there is no capitalism without imperialism in our epoch) felt unhindered in snowing its most abominable face, destroying Yugoslavia and half a dozen countries in the Middle East, abolishing any restrictions to the activities of financial capital and mercilessly attacking the European welfare system.

Western capitalism and the USA had a very rare possibility to show, during a quarter of a century of nearly unhindered rule over the globe, what they can accomplish. The result? War against the popular classes of the developed countries themselves, very serious environmental and economic crises, and a tendency to go to war with Russia, with China, with Iran and with every slightly independent entity in the world; a war against Nature.

“Power reveals the man” (Αρχή άνδρα δείκνυσι), the Ancient Greeks said. The nearly unhindered rule of Western capitalism, of the financial capital and of the USA of the world for more than two decades proved beyond a doubt that this system is unable to address the huge problems that humanity is facing. Our entire civilization needs to be reformed in a fundamental way.

The era of globalisation

Globalisation is a cultural phenomenon, but it is not only or mainly that. It is a system of organising economic life on Earth through the generalisation of the capitalist mode of production and distribution. Behind this system of national and international social relations, there is an established system of power favouring big international financial capital. It is based on a few international institutions like the IMF, uses the United States as its world police and armed forces, and promotes a hidden but quite strict hierarchy of states and nations. Behind the rules, there is an Empire. All animals are equal, but some are more equal than others in this system. The use of the dollar as the world currency and the generalization of Western sanctions – that is a selective abolition of the general rules, and the best proof of the existence of a “dictator” (in the sense that Karl Schmitt defined the term).

In cultural terms, the Soviet collapse was understood and felt worldwide as being the end of socialism, the proof that human societies cannot reign over their economic well-being; they are obliged to follow the will of the modern God, Capital. An enormous retreat of critical social thought was the result. Even the very notion of progress, which had been central throughout the modern era, was called into question and even partially reversed gears.

In this intellectual atmosphere, many analysts often tend to reverse the relationship between the material and the spiritual sphere and isolate the intellectual from the socioeconomic processes, which is a source of major confusion when we speak about “traditional” vs. “modern” values, “Western” vs. “non-Western” values, and also the notions of nation and nationalism, democracy and freedom.

Here we see the double-character of nearly all so-called Western values and ideologies. They were born in the West, because the West dominated the world for five centuries. They are claimed by the West, but they are more often betrayed by it. There is a trap in classifying the values themselves as Western or Eastern too readily.

We find the same contradictions regarding the notion of democracy. I am a Greek, so I don’t need to think in order to grasp its meaning. Kratos means the state, Demos means the people and Democracy the power of the people. There are probably some elements of democracy here or there, but for most part, democracy remains an ideal waiting to be fulfilled. The real measure of democracy is not the application of certain parliamentarian forms. It is the degree to which the people can influence decisions; the degree to which a given regime takes popular needs and desires into account.

If you tell an American or European citizen that he is the master of his state, he will take it as a joke. In France, one of the main demands of the Yellow Vests revolt was the demand to control executive and legislative power by referenda. The famous slogan of the French Revolution was Liberté, Egalité, Fraternité, but you cannot separate the three terms; every one of them is the condition for the realization of the others. By the way, democracy is incompatible with unipolarity, because unipolarity implies the establishment of a racist hierarchy among states, nations and civilizations.

By using democratic slogans to justify imperialist interventions, the West has done enormous damage to the ideas of democracy and human freedom and rights. But is this a reason to denounce them? I think it is a grave, strategic error to recognize Western imperialism as having any democratic credentials or goals.

Amid the collapse of socialism as an ideology, the biggest collective hope humanity has produced in modern times, given the massive social, economic, geopolitical and cultural shocks that followed the Soviet collapse, is a massive turn to traditional pre-modern values and ideologies in all regions of the world. It is only normal that we have witnessed this over the past 30 years.

People feel they don’t have any impact or control on their lives; they don’t understand a changing world dominated by the religion of money and by the cult of unlimited individualism, lacking in any social, national, religious or ideological identity. The cultural transformation of globalisation is destroying one of the most fundamental human needs, our need to belong to larger entities, which protect us and provide our short and limited existence with meaning.

By the way, modern ideologies, such as the Enlightenment, socialism, women’s equality, self-management or environmentalism, are not in reality categorically opposed to the great religions developed in the past, as many people believe. Both traditional and modern ideological systems share one property. They represent the expectation of a just and dignified life and they are interested in the social fabric, not in promoting individualism. In that sense, they are both opposed to the ideology and the values of late-stage capitalism.

Traditional values and ideological systems can help nations resist the various economic, military or cultural aggressions and shocks they suffer. However, they are not sufficient for a decisive victory over the forces of Evil still working in humans and their societies.

Let us take an extreme, and for this reason useful example. In order to resist an all-powerful invader and to exist as a nation, the Afghan people had to resort to the most retrograde forms of Islamic tradition. This has helped them to resist, but it is hardly of any help in addressing their problems now.

A new global vision is necessary

We cannot turn the clock of history back, we have to invent a new path that addresses the old, but also the new problems and existential threats humanity is facing. According to Immanuel Wallerstein, the basic justification of every policy of the West is the ideology of ecumenism the West is projecting, full of complacency and arrogance. However, it is a false ecumenism, as it corresponds only to the narrow interests of the Western ruling classes, not to the interests of humanity. To fight against Western ecumenism, traditional values can be useful but are rarely sufficient. A new, real ecumenism must be developed to counter Western pseudo-ecumenism, respecting certainly the particularities of every nation. We need a new vision for the future of humanity, which will correspond to the basic interests of the greatest majority of human beings; it will answer the new challenges and even existential threats our species is facing now, for the first time in its history.

We need to “divide” the world in order to resist unipolarity. But we need also to “unite” it in order to make multipolarity possible and provide it with content.

This is making the emergence of a new global vision more imperative than ever, corresponding to the great needs of humanity now and able to mobilise people in the North and in the South, in the West and in the East, in order for the human civilization and, indeed, for the human species to survive.