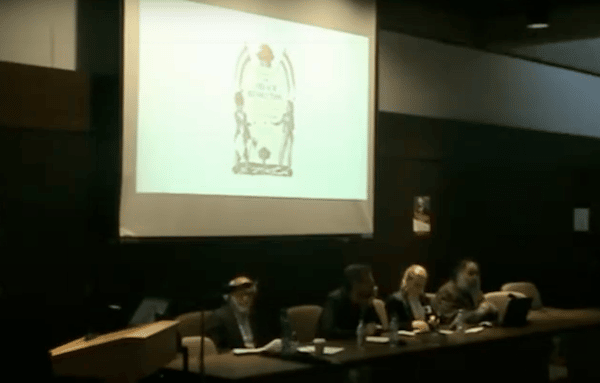 Marx’s Capital ​after 150 Years: Critique and Alternative to Capitalism.

The socialist political theorist and historian, George Comninel, recently passed away (December 9, 1951 – August 18, 2022). George taught for more than 30 years in the Department of Politics at York University, Toronto, concentrating his teaching on Marxist Political Theory and the State in Historical Perspective, courses he built on the legacy of Ellen and Neil Wood over their tenure of teaching at York, and the standpoint of the oft-termed ‘political Marxism’. George was well-known for his challenging book, Rethinking the French Revolution: Marxism and the Revisionist Challenge, a particular defence of revolution that broke with orthodoxy on both the political right and left about the nature and forces in the political break from feudalism that gave rise to capitalism. More recently he published Alienation and Emancipation in the Work of Karl Marx, a thoroughgoing defence of Marx’s commitments to human liberation and democracy from the shackles of liberal democratic capitalism. Following Marx’s thought, George pointed out the class struggles that were integral to the political economy of capitalism – and thus the need for the critique of the theoretical defences of capitalism by its apologists. The quest for human freedom, and an end to social alienation, necessarily meant a politics of socialism. It is hoped that George’s long developing study on The Feudal Foundations of Modern Europe, a comparative analysis of the development of modern western states and nations in their trajectories from feudalism to capitalism, will be forthcoming. We present here a lecture by George at York University on political theory and Marx’s Capital.