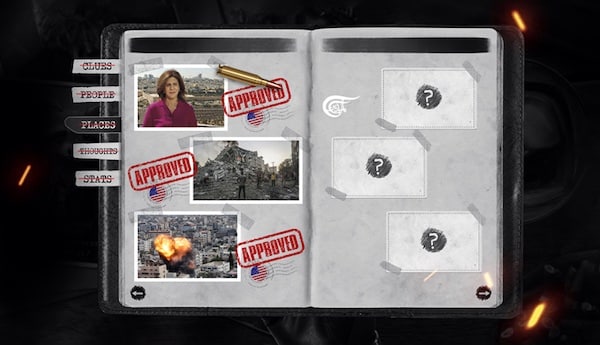 After being left to investigate its own crime, “Israel” finds itself not guilty in the case of veteran Palestinian-American journalist’s killing in Jenin. Despite finally admitting that it was an Israeli soldier that “likely” murdered Shireen Abu Akleh, it should come as no surprise that “Tel Aviv” determined it to be an accident, this is all down to the apathy of the U.S. Biden administration.

On Monday, the Israeli occupation army released the results of its investigation into the killing of Shireen Abu Akleh on May 11, in the Jenin Refugee Camp, during a violent incursion into the camp. Initially, the Zionist regime had attempted to blame Palestinian gunmen for the murder of the veteran al-Jazeera journalist, constantly having to shift their narrative in order to give Western media the space to shift blame away from the Israeli occupation army.

Upon initial reports of the killing of Shireen Abu Akleh and the injury of her fellow veteran journalist, Ali Samoudi, the Israeli establishment went into a state of deflection. Former Israeli Prime Minister, Naftali Bennett, took to Twitter to blame Palestinians for the attack; the Israeli army radio also suggested the same, as did “Israel’s” foreign ministry which posted a clip on Twitter of Palestinian Resistance fighters opening fire, deceptively attempting to inform people that this was video evidence of the killing.

Western media then decided to act with their usual lack of integrity and put all of their journalistic skills in the garbage, publishing headlines that quoted Israeli official claims that Palestinians were likely responsible for the attack. This was despite the fact that video evidence was readily available pointing towards Israeli culpability, along with every eyewitness stating that an Israeli soldier was responsible. An investigation, carried out hours later by “Israel’s” top human rights organization, B’Tselem, then proved that the video shared by official Israeli social media accounts could not possibly have shown the killers of Abu Akleh. Nevertheless, Naftali Bennett decided to deliver a speech blaming Palestinians, and later that day, State Department Spokesperson, Ned Price, spoke at a press conference in which he stated that the U.S. believed that “Israel” is trustworthy and capable of carrying out its own investigation.

CNN later released a bombshell investigative segment, which concluded that “Israel” was responsible for the murder of Shireen Abu Akleh and that the attack may have been intentional, due to evidence that the shooting was targeted. As “Israel” continued to shift blame, the Hebrew media screamed anti-Semitism at those calling for justice and the Zionist forces harassed the family members of Abu Akleh. Eventually, investigations carried out by the New York Times, Washington Post, AP, and various other Western media outlets, all concluded that “Israel” was responsible for the killing. The United Nations also blamed “Israel” for Shireen Abu Akleh’s murder and called for accountability.

The U.S. then published the results of their own investigation into the incident, in which they said that it is likely that an Israeli soldier fired the shots, but couldn’t confirm exactly who fired the bullet and therefore couldn’t decisively blame “Israel”. Then, later on in the same report, the U.S. government claims—without any evidence—that the killing was likely the result of tragic circumstances and concludes that it was a mistake. The joke of a U.S. report claims that it can’t judge “Israel”, because it does not have conclusive evidence of who fired the bullet, yet somehow claims to know the intent of the one responsible, without even knowing who that is. This is despite the fact that there is clear evidence to suggest that Shireen Abu Akleh was specifically targeted. The report was slammed by human rights groups, B’Tselem came out most prominently and called it a “whitewash”.

“Israel’s” narrative has been ever-changing in the case of Shireen Abu Akleh’s murder, constantly contradicting itself to shift blame or pretend that it was a mistake, or that they could not conclude which one of their soldiers was responsible. What the U.S. report on the killing did, was clear; it was not intended to help achieve justice, the U.S. Biden administration was giving “Israel” a way out, by declaring that Washington had determined the intent of the unidentified gunman—who according to the U.S. was likely, but not certainly, Israeli—the U.S. government had given the Zionist regime a free pass to claim that the incident was an accident and that is exactly what happened.

What was the U.S. response, after hearing “Israel’s” verdict in an investigation into itself? Weak words about changing “Israel’s” open fire policy, a policy amended late last year to allow Israeli occupation soldiers to shoot-to-kill Palestinians that pose no immediate threat to Israeli forces. Yet, “Tel Aviv” will take this call as seriously as they take the U.S. calls to stop building settlements in the West Bank, meaning that they understand that U.S. President Joe Biden, the self-described Zionist, won’t do anything about it if “Israel” ignores Washington.

The U.S. government just allowed “Israel” to murder a U.S. citizen, a female journalist, even providing the get-out-of-jail-free card to the Zionist regime directly. When Joe Biden traveled to occupied Palestine earlier this year, he not only affirmed the US’s “unconditional support” for “Israel” and that he was a Zionist, but also failed to pronounce Shireen Abu Akleh’s name, never bringing her up to Zionist officials.

Washington is so incredibly demented that it not only ignored the Israeli lies about the murder of Shireen, in addition to the Israeli riot police attacking her mourners at the funeral and then doctoring footage to blame Palestinians for initiating the violence, but it then repeated “Israel’s” lies about the massacres it committed in Gaza at the United Nations security council. “Israel” claimed, after its three-day assault on the Gaza Strip earlier this August, that most of the children killed in the fighting had died due to misfired Palestinian Islamic Jihad (PIJ) rockets. The U.S. government then went to the UNSC meeting and called to discuss the conflict, repeating “Israel’s” propaganda. A week later, Israeli officials were forced to admit to Haaretz that they had carried out one of the massacres they initially lied about, this was because the evidence was so glaringly obvious that they were forced to do so. In that case, on August 7, “Israel” carried out a targeted drone attack that massacred five innocent children in the Fallujah cemetery, located in the Jabalia refugee camp. Not only did the U.S. government repeat the lies about how these children were killed, but so did Western media, the most despicable of which was the Associated Press, which released a report that cherry-picked from the reports of DCI-P and Al-Mezan center, two of the most trusted human rights groups in Gaza. The AP, which is one of the most reputable news sources on earth, went out of its way to back up Israeli lies that were aimed at shifting the blame on the victims of the Israeli unprovoked assault on Gaza.

Without the United States government backing them in this endeavor, “Israel” would not get away with its egregious crimes against humanity. What “Tel Aviv’s” so-called investigation concluded was no surprise, any switched-on political analyst knew what would be in that report from the moment the U.S. government released its own whitewash. It’s clear, the U.S. Biden administration won’t just allow the Israeli occupation forces to murder U.S. citizens, it’ll even help to cover it up so that the Israelis responsible won’t face any accountability.