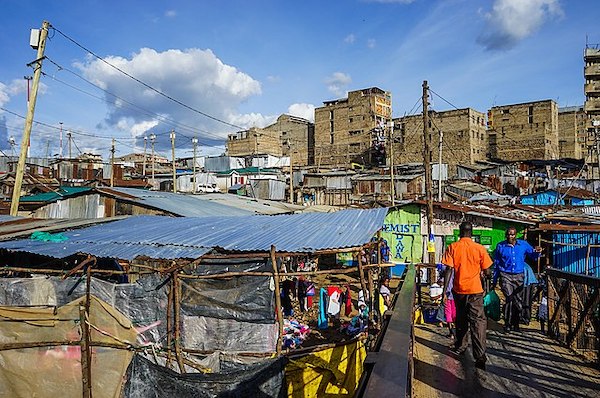 There are a number of reasons I chose not to participate in this year’s election in Kenya as a voter. It does not seem to me that anything changes with my vote. I’m not fooled by the narrative of a two-horse race, where on one side a hustler pretends to empathize with the working class ripping the rhetoric of liberation and running with it for personal gain. I’m equally unfazed by the patriot who apparently has the rights of Kenyans at heart, when prices of food shoot-up aiming for the sky and we face the threat of death by starvation, waterborne disease, or lack of healthcare facilities for preventable conditions.

It would have been a violation of my being to have voted in this election. I would have felt like a fool if I had.

I wonder how in 2022 while Kenya competes with Uganda over whose military budget will tower over the other, Nairobi governor candidates promise the city residents that water will finally flow from the taps! Fifty-nine years since independence our taps are still dry but our US$1.1 billion dollar artillery of arms, battleships, drones, and surveillance equipment to send Kenya’s youth to fight off proxy wars in Somalia steadily grows.

I was not interested in casting my ballot because I have no rights.

The right to life, the right to decent housing, food, education, and healthcare only exists on paper. The real world is a jungle. We could be better off trying out workers’ councils because so far the presidency and their democracy for the rich has not worked for us. No-one is on the side of the people.

Politicians crawl out like cockroaches from dark holes every five years; fat and destructive, ready to unleash more destruction. Their rousing speeches, laden with promises, drip honey into our ears.

I remember falling for their lies in 2017. I woke early in the morning to vote in the election. I believed in the candidate I was going to choose. He promised secure neighbourhoods and an inclusive bursary fund for students, decent roads and restitution for land grievances. He reassured us that there would be an open-door policy for his constituents. Year after year, none of what he promised came to pass. Instead, violent robberies peaked, and the slum was decimated by arson attacks. High-rise apartments rose from the rubble of decade old shanty towns were flattened by fire. The reproductive health clinic in the ward stopped giving out contraceptives and vaccines and was eventually closed down due to lack of funding.

Young men and women agonised by the hopeless situation of their lives wandered the neighbourhood streets and alleys looking for food to eat and work to do. Bars outnumbered schools and playing fields.

The ward meeting where constituents can exercise their civic duty to keep leaders accountable became shouting matches—where we, the residents, shouted at each other lamenting to ourselves or the politician’s representative. There was no accountability and no follow-through on his promises.

I wonder why I would go out into the biting cold and fool myself the second time.

I did not vote.

Granted, an election can be a step in the reform process. I am proud of Columbia, Chile, Brazil, Venezuela, and Bolivia for electing leftist leaders into their governments. But this was not an election in which leftist leaders could have been elected to power in Kenya. Our electoral system does not inspire the kind of confidence that would even permit such a thing to happen.

Was it Rosa Luxembourg who said that the rich will never give you enough power to vote away their wealth? Audre Lorde also insisted that you cannot use the master’s tools to bring down the master’s house. We cannot use the system that keeps botching our elections hoping for different results.

When you want something so badly, sometimes you might find yourself leaning towards the closest thing that promises reprieve.

In our case, we are desperate for good leadership. We are depraved by our material conditions and without a strong liberation ideology we will keep falling into the trap laid for us by political aspirants exploiting the poverty of our conditions by promising us food and jobs.

We need political education to mobilize ourselves towards a better analysis of our conditions in order to chart the best forward for the good and benefit of the oppressed.

Corrupt elections are not the answer—this is why I did not vote.

An earlier version of this blogpost appeared as ‘Why I will not vote’ in the Ukombozi Review on 4 August 2022.

Lena Grace Anyuolo is a writer, poet and social justice activist with Mathare Social Justice Centre and Ukombozi Library. Her writing has appeared in a range of publications, including Jalada’s 7th anthology themed After+Life, The Elephant and roape.net. A collection of Anyuolo’s poetry, Rage and Bloom, has just been published by Editor House Facility.