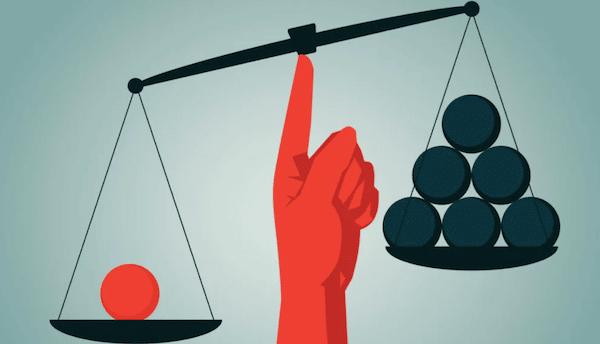 Dependency and world-systems theorists have long argued that “unequal exchange” is a key driver of global inequality. Since wages and natural resource prices are much lower in the global South than the North, poor countries must export many more units of embodied labour and resources than they import in order to achieve a monetary balance of trade. This creates a constant transfer of labour and ecology from the periphery to the core, developing the latter but impoverishing the former.

In a recent paper in New Political Economy that I co-authored with Jason Hickel from the University of London, and Huzaifa Zoomkawala, a data analyst based in Karachi, we quantify the value that has been appropriated from the South through unequal exchange since 1960. To do this, we use a method developed by the economist Gernot Köhler. Köhler proposes that we can use purchasing power parity (PPP) exchange rates constructed by the World Bank to value the South’s exports at the North’s price level. By subtracting the actual market price that the South received for its exports from this figure, we can measure the commodities appropriated by the imperialist states, in terms of the Northern price of those commodities.

Using Köhler’s method, we find that in 2017 the ‘emerging and developing economies,’ as defined by the IMF, lost $2.2 trillion worth of goods to the ‘advanced economies.’ This represents an enormous loss for the South. These resources could have ended extreme poverty 15 times over, but instead they were transferred gratis to the core. This windfall is of enormous benefit to the centres of empire. For instance, in 2017 the U.S. gained $2,634 per person through unequal exchange, while the average Australian citizen received $3,116 from the South. Since 1990, the North’s annual gains from unequal exchange have sat at 5.2% of GDP, considerably higher than the North’s annual growth rate. In other words, if not for imperialist plunder, aggregate income in the North would have been declining for decades. The extraordinary levels of material consumption currently enjoyed in the North are predicated upon exploitation and poverty in the periphery.

Figure 1 shows total value transfer since 1960. All up, the South has lost $62 trillion (constant 2011 dollars), equivalent to 97% of its 2017 GDP. If this surplus had been available to the South, it could have been reinvested in domestic economic development. If we assume this surplus would have grown at the same rate as Southern GDP, it would now be equivalent to $152 trillion. 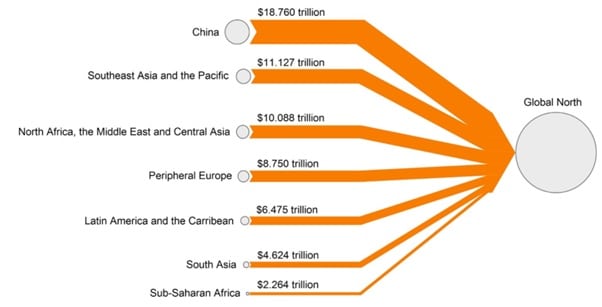 Our findings indicate this exploitative relationship has worsened over time. Figure 2 presents a time series showing the annual drain of surplus from the periphery over the post-colonial period. During the 1960s, the South lost about $38 billion a year, just over 1% of total Southern output. However, by 2005 drain from the periphery amounted to almost $3 trillion, or 9% of output.

This increase in the scale of value transfer was driven by a concerted imperialist assault on the third world. On the one hand, Northern states have intervened to suppress Southern wages and prices. Through the 1960s and 1970s, Western powers violently toppled independent governments, installing military juntas that crushed organized labour, as in the Congo (1960), Indonesia (1965), and Chile (1973). Similarly, during the 1980s and 1990s, the IMF and World Bank (both controlled by the G7) forced global South countries to de-regulate labour markets and cut-back public sector employment. At the same time, Northern states have sought to preserve the monopoly power of their own firms, and insulate their high prices from competition. The IMF, World Bank, and WTO have pressured the South to eliminate tariffs, decimating its indigenous-controlled industrial sector. This has given Northern monopoly capital overwhelming control over the international market and the terms of trade. These imperialist policies account for the dramatic rise in exploitation since 1960.

Since 2005, the scale of value transfer has declined somewhat. But this has been driven almost entirely by a change in the position of China—one of the few countries that was not forcibly structurally adjusted, and which continues to protect domestic industry. For the rest of the South, neo-colonial plunder continues at historically unprecedented levels. 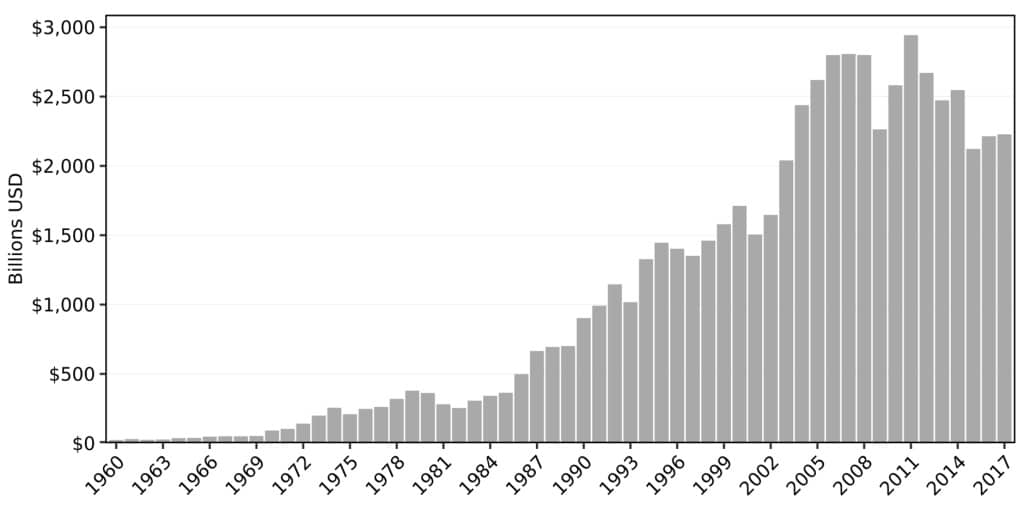 A common critique of unequal exchange theory is that global price differences reflect differences in productivity; Southern workers are less efficient than Northern workers, so their low wages do not provide a flow of value to the North. However, there is little evidence that the South is less productive than the North when it comes to production for international trade. The South’s export sector is equipped with advanced, ultra-modern technology provided by foreign capital. Similarly, Southern workers are subject to brutal Taylorist discipline that is illegal in the North. Indeed, one study of export processing zones in Mexico finds that Mexican metal workers, electronics workers, and seamstresses produce 10%-40% more output in an hour than their U.S. counterparts. Despite this productivity advantage, we find that Mexico lost $1,619 per capita through the undervaluation of its exports in 2017. Low wages and prices in Mexico’s export sector do not reflect low productivity; they reflect imperialist power imbalances in the capitalist world-system.

These findings indicate that rich countries continue to rely on the exploitation of lands and bodies from the global South in order to maintain their high levels of growth and consumption. If we want to end poverty and ensure all people have access to the resources they need to live well, we must change the structure of the global economy. An important first step could be a global universal basic income of $5 a day. This would eliminate extreme poverty immediately, and reduce the South’s dependence on Northern-dominated export markets. Our research demonstrates such a cash transfer is owed, not as charity, but as compensation for the trillions appropriated from the South since 1960.