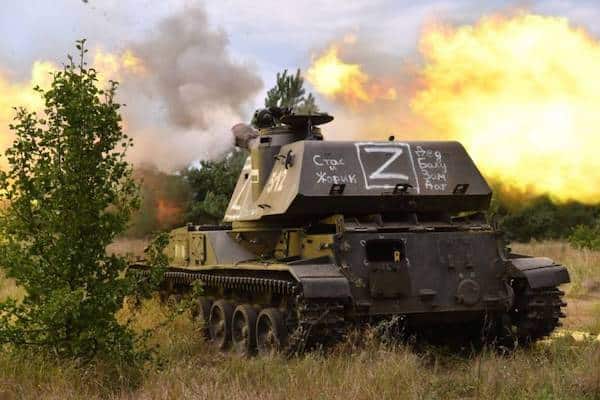 Russian regrouping in Kharkov will speed up Battle of Donbass

The New York Times has disclosed that the U.S. shared vital intelligence with the Ukrainian military and took part in the preparation of the latter’s current “counteroffensive” near Kharkov. No matter the Biden Administration’s motivations in publicising its role in what western media is celebrating as a success story–presumably, with an eye on domestic politics in America–it could be factually correct. The media leak puts the dramatic happenings in the past 3-4 days in proper perspective.

There are two ways of looking at the surge by the Ukrainian military: one, Kiev has inflicted a heavy defeat on the Russians and forced them to retreat, or, the American intelligence finally got wind of the unobtrusive thinning out of the Russian frontline in Kharkov that had been going on in the recent weeks as part of a larger re-deployment of military formations, and shared the intelligence with Kiev, who of course gleefully acted on it.

The New York Times report effectively confirms the latter reading of the situation, which has been the stuff of hearsay and whispers so far.

Indeed, there has been hardly any fighting as such in Kharkov region during this Ukrainian surge, and the Russian focus was, unsurprisingly, to pull out the residual forces in the frontline under the cover of heavy artillery fire. The Russian operation ensured that there was no significant casualty. The new frontline that was being steadily put together in the recent weeks (or months) along the Oskol River has crystallised.

The withdrawal from the Balakleysko-Izyum direction stemmed from the Russian military command’s appraisal that no useful purpose would be served by maintaining such a frontline. In March, when Russian forces gained control of Izyum, the assumption was that it would help mount an operation from the north toward Sloviansk city in the Kramatorsk district of the Donetsk region. But as it turned out through the past 4 months, Russians apparently gave up that idea altogether.

Make no mistake, the battle for Donbass still remains the number one priority for the Russian special military operation. The re-deployment from the Balakleysko-Izyum direction will now significantly strengthen the offensive in Donbass instead of weakening it, as some western journalists are speculating. The confusion arises out of the ancient legend of Izium being the “gateway” to the Donbass and the Black Sea. Whereas, today, with modern communication, Russian supply lines to the Donbass can be sustained even without such a “gateway” from the north.

Second, Izyum itself is in a heavily wooded region–some call it Sherwood Forest–to its west where the Ukrainian forces had fortified themselves and the Russian presence had come under attack even previously also. Simply put, continued occupation of Izyum would only be a drain on manpower.

That said, the optics of the happenings in the Balakleysko-Izyum direction have triggered a wave of criticism within Russia itself about inept mishandling by the military command, and some of it was even directed at President Putin himself. The military command comes under pressure to show “results” in the Donbass campaign. Suffice to say, there might be some rethink too on the Russian  strategy so far to depend on militia groups to do the heavy lifting rather than regular troops from its armed forces.

In reality, Kharkov Region has been largely a sideshow so far. The fact that there are no plans to hold any referendum in Kharkov–unlike in Kherson and Zaporozhia in the south in early September (which now stands postponed)–speaks for itself.

To be sure, last week’s happenings in the Balakleysko-Izyum direction will come as a big morale booster for the Ukrainian armed forces. This will have implications for the future. For one thing, Kiev will have no inclination whatsoever for peace talks. The thundering statement by Ukraine’s Minister of Defense Oleksiy Reznikov on Sunday sets the threshold of belligerence:

Kyiv is ready for negotiations after the vacation [by Russia] of all territories of Ukraine–within the limits of December 1, 1991. There are no more options for ‘February 24’ for Ukraine.

That is to say, the plans of the command of the Armed Forces of Ukraine are to completely “liberate” all “occupied” territories, including Donbass and Crimea, and nothing less! Interestingly, Reznikov was reacting to a statement by Russian Foreign Minister Sergey Lavrov to the effect that Moscow does not reject negotiations with Ukraine, but further delay in peace talks by Kiev will complicate the possibility of reaching an agreement.

According to the Secretary of Ukraine’s National Security and Defense Council Danilov, Kiev is already considering options for accepting the surrender of Russia, as well as dividing it into several nice little states! Such a level of madness and war hysteria will make things extremely difficult for the Biden Administration to carry forward the incipient signs of moderation and realism that were straining to surface in the U.S. Secretary of State Antony Blinken’s rhetoric during his visit to Kiev last Friday.

Blinken reacted cautiously when asked by the travelling media party about the Ukrainian “counteroffensive.” He said:

yes, we did get a comprehensive update on the counteroffensive… it’s very early but we’re seeing clear and real progress on the ground, particularly in the area around Kherson but also some interesting developments in the Donbass in the east. But again, early days.

Earlier in Kiev, Blinken did not respond to President Zelensky’s bottom line during their joint media appearance that he regarded the U.S. support to be “a guarantee of the possibility of returning our territories, our lands.”

General Mark Milley, U.S. chairman, Chiefs of Staff, also was noticeably circumspect about the Ukrainian counteroffensive in his remarks on Saturday in an interview with the National Public Radio. The general said it remains to be seen what is happening in the next few weeks. “It is a very, very difficult task that the Ukrainians are undertaking–combining their offence with manoeuver,” the general said.

While the regrouping of troops in the Kharkov region will enable the Russian forces to concentrate their attention on establishing full control over the territory of the Donetsk, it is not as if the military command has turned its back on Kharkov.

The Russian Ministry of Defence on Monday stated that Russian Aerospace Forces, missile troops and artillery “continued to launch high-precision attacks” at the Ukrainian units and reserve forces in Kharkov region. The Ukrainian forces that used to be in well-fortified positions in that heavily wooded region have now stepped out into the open and are being targeted for intense air, missile and artillery strikes.

The Russian MOD stated on Saturday that more than 2,000 Ukrainian fighters were killed near Balakleya and Izyum in the previous three days alone. For sure, a few thousand more troops would have suffered injuries too. Considering that a 15000-strong Ukrainian force is estimated to be involved in the entire Kharkov operation, that is a very heavy loss. Over time, Kiev may have little to celebrate about.