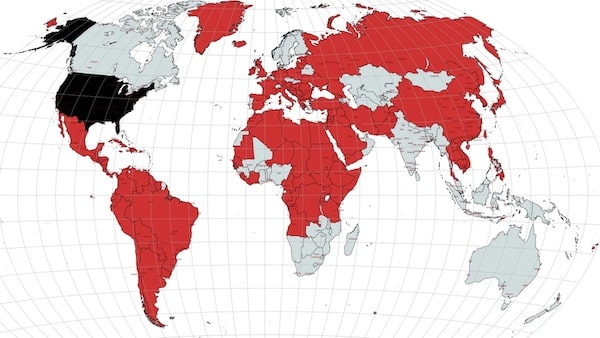 A map of countries where the United States has militarily intervened (Source: Congressional Research Service)

The United States launched at least 251 military interventions between 1991 and 2022.

This is according to a report by the Congressional Research Service, a U.S. government institution that compiles information on behalf of Congress.

The report documented another 218 U.S. military interventions between 1798 and 1990.

That makes for a total of 469 U.S. military interventions since 1798 that have been acknowledged by the Congress.

This data was published on March 8, 2022 by the Congressional Research Service (CRS), in a document titled “Instances of Use of United States Armed Forces Abroad, 1798-2022.”

The list of countries targeted by the U.S. military includes the vast majority of the nations on Earth, including almost every single county in Latin America and the Caribbean and most of the African continent. 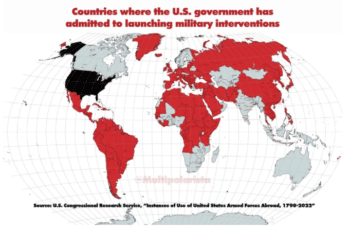 The report shows that, since the end of the first cold war in 1991, at the moment of U.S. unipolar hegemony, the number of Washington’s military interventions abroad substantially increased.

The data exclude the independence war been U.S. settlers and the British empire, any military deployments between 1776 and 1798, and the U.S. Civil War.

It is important to stress that all of these numbers are conservative estimates, because they do not include U.S. special operations, covert actions, or domestic deployments.

The list does not include covert actions or numerous occurrences in which U.S. forces have been stationed abroad since World War II in occupation forces or for participation in mutual security organizations, base agreements, or routine military assistance or training operations.

The report likewise excludes the deployment of the U.S. military forces against Indigenous peoples, when they were systematically ethnically cleansed in the violent process of westward settler-colonial expansion.

CRS acknowledged that it left out the “continual use of U.S. military units in the exploration, settlement, and pacification of the western part of the United States.” 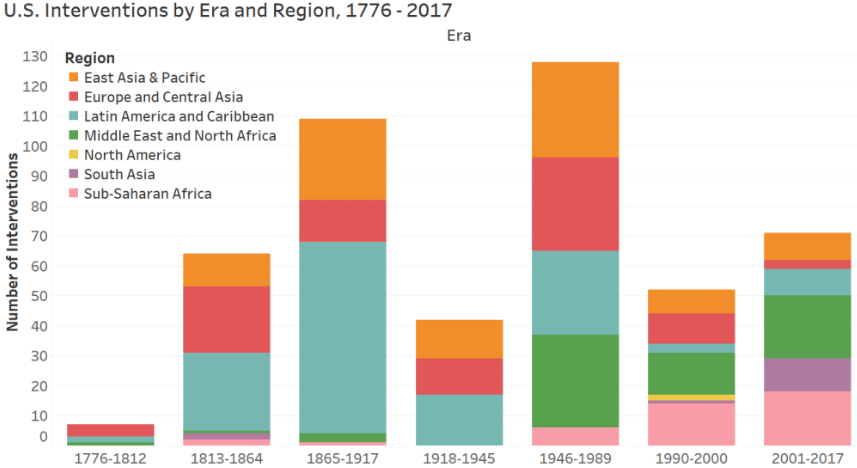 “The U.S. has undertaken over 500 international military interventions since 1776, with nearly 60% undertaken between 1950 and 2017,” the project wrote. “What’s more, over one-third of these missions occurred after 1999.”

The Military Intervention Project added: “With the end of the Cold War era, we would expect the U.S. to decrease its military interventions abroad, assuming lower threats and interests at stake. But these patterns reveal the opposite—the U.S. has increased its military involvements abroad.” 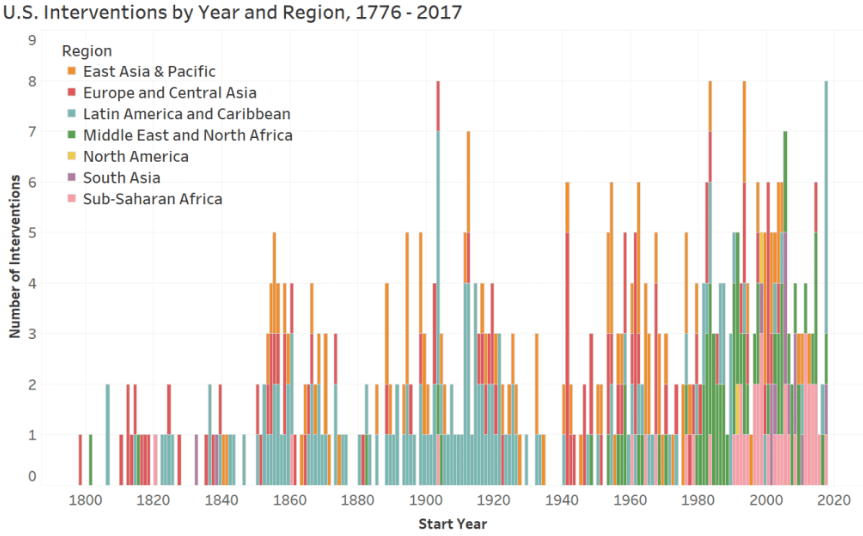