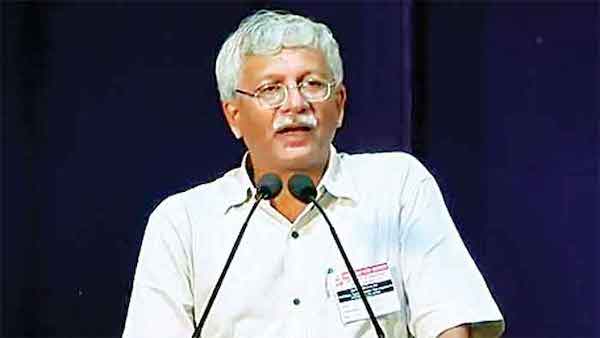 On 8th September Vernon Gonsalves, one of the 16 undertrials in the Bhima Koregaon case lodged in the anda cell of Taloja Central Jail, was diagnosed with dengue and likely pneumonia. Gonsalves age 65, had been suffering from fever since 30th August, but it took an appeal from his lawyer and the intervention of the Court for the Taloja Jail authorities to shift him to JJ Hospital for treatment. The fact that he was immediately put on oxygen support at the hospital, points to the apathy of the Jail authorities regarding the health of prisoners lodged in their custody.

The incident marked the two month anniversary of the Special Court rejecting Gautam Navlakha’s petition for a mosquito net. On 20th May the jail authorities had confiscated the mosquito nets of some inmates housed in the anda cell. Sagar Gorkhe and several others had gone on hunger strike expressing apprehensions about contracting malaria and dengue as Taloja is infested by mosquitos. The abysmal jail facilities and hostility of jail staff added to these fears which have all come true.

Vernon Gonsalves’ present health condition and delayed hospitalisation underlines the vindictive intent of the jail authorities, the NIA and the Special courts towards the Bhima Koregaon accused. The fact that while the Court set aside Gautam Navlakha’s plea for restitution of his mosquito net, that the Jail authorities did not oppose the Court granting the Antilia terror case accused ex-policeman Sunil Mane permission to use a mosquito net, further underlines the active bias against political prisoners. The pattern of medical negligence, a facet of state oppression against political prisonsers is all too familiar: Eg Siddique Kappan journalist, UAPA accused was shifted to AIIMS and diagnosed with Covid, 5 days after falling ill, following orders from the Supreme Court. The Solicitor General and Mathura Jail authorities had vehemently opposed bail despite 50 confirmed Covid cases in the over-crowded jail where Kappan was lodged.

The NIA has consistently opposed bail, including medical and temporary bail, on the grounds that the UAPA charges against the Bhima Koregaon accused are very grave, and the court has accepted this logic (most recently in the rejection of Gautam Navlakha’s bail petition on 5th September on the same grounds), despite the case not having come to trial more than four years after the first arrests. The denial of bail, coupled with the negligence of the jail staff and paucity of health and sanitation facilities, means that the incarceration of the Bhima Koregaon accused has taken on a murderous turn. Without a trial in sight, the anxiety of an endless wait, the impossibility of bail, Stan Swamy’s death and Varavara Rao’s debilitating health, the incarceration itself has become a punishment.

The fear is real. Previous fatalities like the death of Stan Swamy and more recently of Pandu Narote, a tribal agricultural worker convicted in 2017 under UAPA, who died of swine-flu on 25th August in Nagpur Hospital tell an appallingly familiar story of delayed treatment, not informing the lawyer and family, under-equipped hospital. Political prisoners’ right to life, whether as an undertrial when yet not proven guilty or as a convict serving his sentence as per law, is almost non-existent.

Three RTIs by PUDR to Taloja Jail authorities asking for information on the number of deaths in Taloja, health and sanitation, medical infrastructure, all within the ambit of the Maharashtra Jail Hospitals Manual, have received no reply. In this context, though Vernon and the others have been forced to go to Court to get medical attention, paradoxically the cases have brought to light the despicable lack of medical facilities for prisoners. One wonders about the unknown many with no access to the courts who have suffered, even died for want of medical aid.