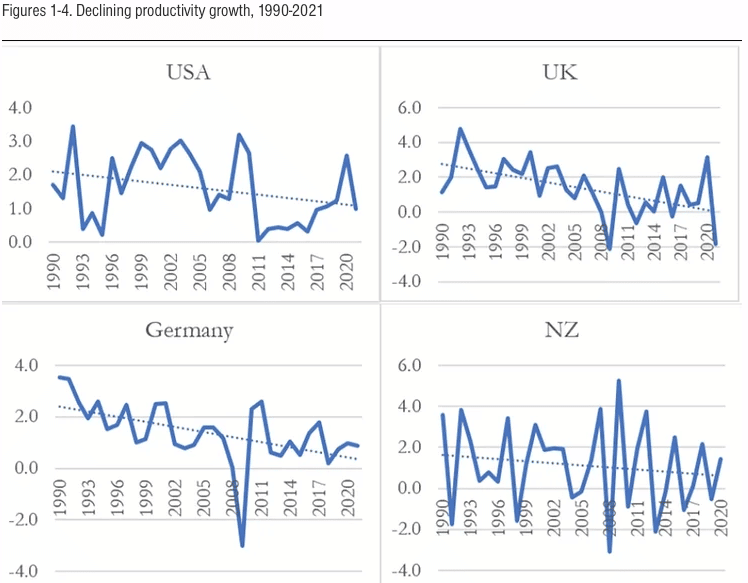 SYDNEY and KUALA LUMPUR. Sep 20, 2022 (IPS). Policymakers have become obsessed with achieving low inflation. Many central banks adopt inflation targeting (IT) monetary policy (MP) frameworks in various ways. Some have mandates to keep inflation at 2% over the medium term. Many believe this ensures sustained long-term prosperity.

The now universal 2% inflation target “was plucked out of the air”. This was acknowledged by Reserve Bank of New Zealand (RBNZ) Governor Don Brash who first adopted IT. The target was due to NZ Finance Minister Roger Douglas’ “chance remark” of achieving “genuine price stability, around 0, or 0 to 1 percent”.

Heads of major central banks—such as the U.S. Federal Reserve Bank (Fed), Bank of England (BoE) and German Bundesbank—committed to keep inflation at 2% soon after NZ. Although typically ‘medium-term’, IT’s high costs are portrayed as necessary, but brief. Worse, promised growth benefits have not materialized.

The Articles of Agreement of the International Monetary Fund (IMF) never endorsed any fixed inflation target. Article IV states, “each member shall: (i) endeavor to direct its economic and financial policies toward the objective of fostering orderly economic growth with reasonable price stability, with due regard to its circumstances”.

This makes clear much depends on conditions and circumstances. The sensible priority then would be to sustain prosperity with “reasonable price stability”, and not to commit to an arbitrary universal IT at any cost. Yet, many IMF officials promote the 2% target.

During the 2008-09 global financial crisis (GFC), the IMF Managing Director appealed for more imagination in designing monetary policy, appreciating “just how intricate the global economic and financial web had become”.

For him, “Monetary policy needs to look beyond its core focus on low and stable inflation” to promote balanced and equitable growth, while minimizing adverse spill-overs on developing economies.

An IMF chief economist even asserted low inflation and economic progress was a “divine coincidence”, and insisted a 2% inflation target was too low. After the GFC, an IMF working paper argued for a long-run inflation target of 4% for advanced countries.

A Bank of Canada working paper concluded, “the current state of economic research—both empirical and theoretical—provides little basis for believing in significant observable benefits of low inflation such as an increase in the growth rate of real GDP”.

Any objective consideration of actual IT experiences would have led to its rejection long ago. IT is clearly inimical to growth and equity, let alone the Sustainable Development Goals (SDGs). Four central bank (CB) experiences offer valuable lessons about IT’s likely consequences.

The U.S. Fed is, by far, the most important CB globally, while the BoE has been historically important. The Bundesbank has been the most inflation averse in the post-war period, while the RBNZ was the world’s IT pioneer.

NZ’s inflation during 1961-90 averaged 9%, more than the US’s 5.1% and the UK’s 8%. Yet, the mighty Fed and the venerable BoE sought to emulate the miniscule RBNZ! Germany’s well-known inflation-phobia is attributed to its inter-war ‘hyperinflation’ and its bloody aftermath. Inflation there averaged 3.4% over 1960-90, i.e., even before IT.

None achieved sustained economic prosperity despite reaching inflation targets of 2% or less. Average per capita GDP growth declined sharply in the U.S., UK and Germany, while rising negligibly in NZ (Table 1).

As the investment rate declined with IT, so did productivity growth in the UK, Germany and NZ (Table 3). While productivity growth has risen negligibly with IT in the U.S., it has trended down in all four economies (Figures 1-4). U.S. hourly output grew at only 1.4% after 2004, “half its pace in the three decades after World War II”.

Most advanced economies have experienced productivity slowdowns since the 1970s. With the European Central Bank’s strict IT framework, the euro zone also saw marked slowdowns in productivity growth during 1999-2019.

All this has been blamed on inflation. But lowering inflation has not reversed this trend, which has actually accelerated since the GFC. Many explanations have been offered, but the reasons for this failure remain moot.

There is growing acknowledgement that widespread “unconditional” CB commitment to 2% inflation targets—in the face of the current inflationary upsurge—is likely to worsen slowdowns. This is likely to compound debt crises in many developing countries.

The adverse socio-economic impacts of recessions are well documented. Policy-induced recessions—supposedly to curb inflation—will compound the effects of pandemic, war and sanctions.

Central bankers should not be dogmatic. Instead, pragmatic approaches are urgently needed to address the current inflationary surges. This is especially necessary when inflation worldwide is mainly due to supply shocks.

Western policymakers must consider the adverse spill-over impacts on developing countries, already on the brink of debt crises due to protracted slowdowns. Government debt—with more higher cost commercial borrowings—has been rising since the GFC, Western ‘quantitative easing’ and Covid-19.

Almost all central bankers know it is almost impossible to achieve 2% inflation in current circumstances. Yet, they insist not raising interest rates now will cause much economic damage later.

But such claims clearly have no theoretical or empirical bases. Hence, it is recklessly dogmatic to enforce a 2% target by falsely claiming inaction would be even more harmful.