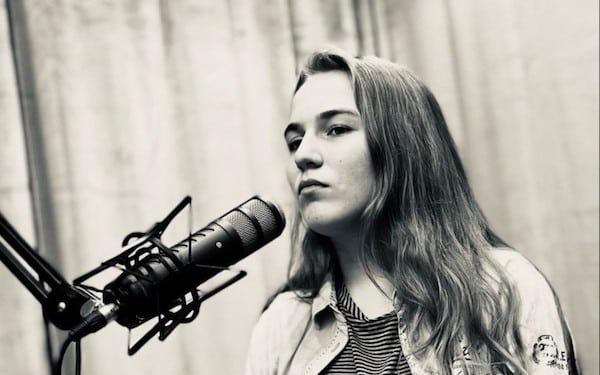 I have been telling the story of what is happening in Lugansk for three years. The war I live in, my sorrows and joys. A year ago, the Myrotvorets website put my details in the public domain. I wrote many letters to world leaders and artists in Western countries. I had only two requests: to delete the data of all children from Myrotvorets and to help the children of Donbass to return to a peaceful life, so that we are not killed. When the confrontation with Myrotvorets started, my Ukrainian journalist friends asked me why I had not written to Zelensky, but only mentioned him in my interview. At the time, it was difficult for me to answer. I still naively believed that there could be peace between Ukraine and Donbass, and that UN Secretary General Guterres and UNICEF, as internationally renowned organisations, would help me. But, unfortunately, I was wrong. Everything I asked for was ignored by these organisations, and Ukraine decided that we could be taken back by force. My efforts and dreams remained dreams. The only thing I am glad about is that I did not write to Zelensky at that time. And now I understand why: you cannot write and ask not to kill children to the one who gives orders to bomb Donetsk, Gorlovka, Altchevsk and other cities. You can’t write to the president who sends thousands of his soldiers to their deaths, who doesn’t spare them, who gives orders for terrorist acts and the killing of children. One should not write to the president who started this massacre and who has lost half of his country. You can’t write to a loser. Every day children are dying in Donbass, in Kherson and in the Zaporozhye region. And he has only himself to blame. A president who will lose everything…

What about UNICEF, the UN, Amnesty International? Have they said anything about the children killed by the Ukrainian army? No, of course not. Like in the Myrotvorets story. They know. But they remain silent or express their concern. They are silent, always and everywhere. When children in Yugoslavia, Syria, Palestine, Afghanistan, Iraq and Libya were killed. And if such respected organisations turn a blind eye to the brutal murder of children, do they have anything to say about the story of Myrotvorets? I don’t think so. After all, we are the wrong children, born and living in the wrong place, according to UNICEF and Amnesty International. In one of my essays, it is said that the children of war are silent because the adults do not listen to them. This is so. Unfortunately, we – the children – are uninteresting to them. We are not like them. They seem to think that we can be killed, that we just have to do it quietly, so as not to disturb others with our cries for help. I am sorry that this is happening. I am sorry that the country where I was born is bombing and trying to destroy everything I hold dear and everything I love, under the approving smile of those who can but do not want to stop this war. Unfortunately, all those who help Ukraine do not realise that the war is coming to them. 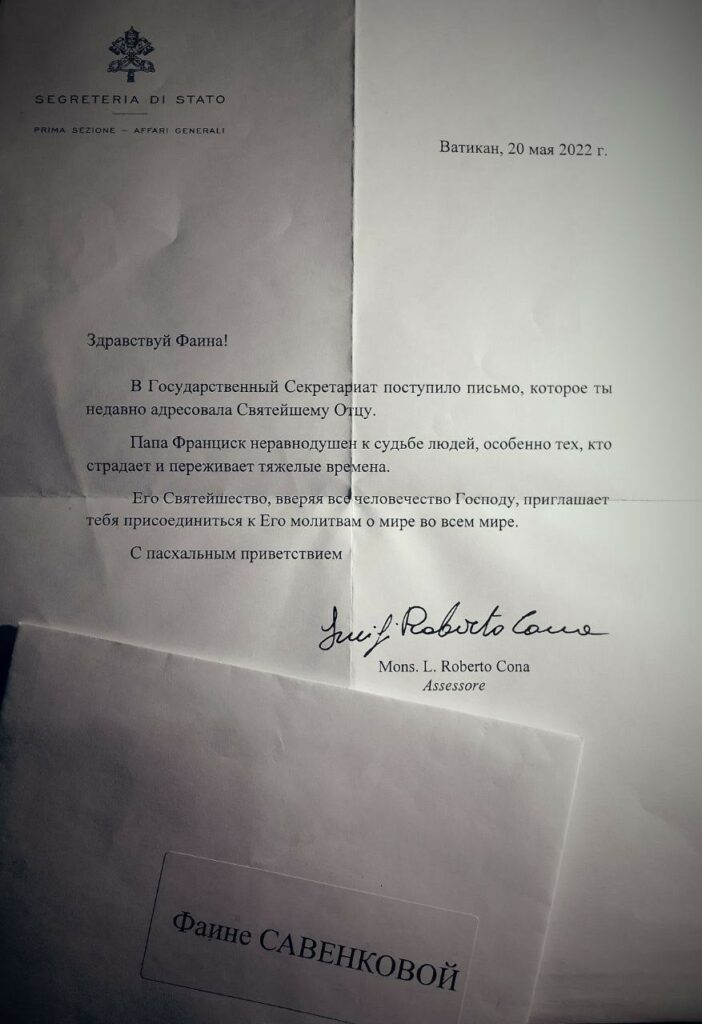 Ordinary citizens in the United States and Europe are mostly unaware of the atrocities committed by the Ukrainian army, the brutal bombing and killing of civilians. People are told that we are bombing ourselves or that the Russian army has been shooting at us for eight years. Apparently, that’s why we were looking forward to his arrival in 2022, yeah. Another reality.

But I’m sure it won’t always be like this. The truth will always win out. The hardest thing is not to get discouraged when everything you do doesn’t work. You are not being listened to. Just when you think it’s no use, something happens that helps you believe again that you’re not doing it for nothing. That’s what happened with the Pope’s letter. When I was in Moscow, I received a reply from Pope Francis. According to my Italian friends, he rarely replies to anyone, but he suggested to pray for peace with me. I don’t know if he answered himself or if the answer was written for him, but the important thing is that the Pope paid attention for the first time to the request of a child from Donbass and wanted to pray with someone who is considered an enemy in Ukraine. He offered to pray for me, a child who is not considered a human being in Ukraine. And I will certainly pray with him for the hundreds of children killed by Ukraine and for the peaceful life we all need.