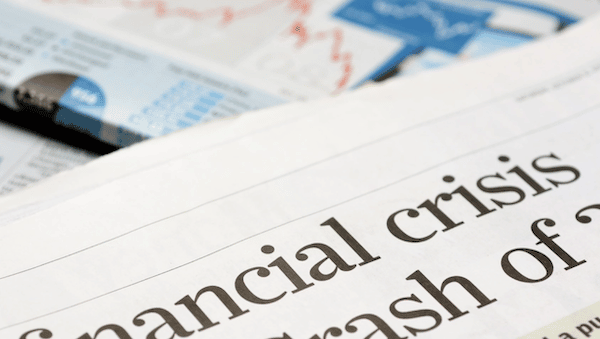 We almost had another credit crunch

On Wednesday, September 28, the Bank of England (BOE) made a stunning announcement that they would buy up billions of pounds worth of UK gilts (government bonds). By the end of the day, an extra £65bn had been spent to keep British capitalism on the road.

This was because, at some point in the morning, there had almost been a run on pension funds that, if allowed to continue, would have had a similar impact to the Northern Rock building society collapse in 2008. The 30 year gilt yield that many pension funds invest in went up from 3% a month ago to 5% today-a spike we haven’t seen since 2002.

The massive pension funds were being harassed by hedge funds and banks because the long-term gilts had started to spike in price. This caused concern, so investors started to demand proof of liquidity to show that the pension funds were stable as the investment in long-term government bonds (30 years) suddenly looked really insecure. Every 0.1% change in yield means about £1 million in margin calls, so a 1% change in long-dated gilt yields means £100 million in margin calls.

The margin calls got so tight that the pension funds wouldn’t have been able to keep up the payments demanded by the hedge funds and they faced collapse. We’re talking about huge pension funds that include a lot of final salary pensions, which means workers’ money that they need for retirement. Pension funds are such an important part of modern finance capital that if they faced a crisis, that would have serious knock-on repercussions for other parts of the economy.

That’s why the BOE intervened so aggressively today to shore up government bonds. This is because the deranged ideologues at the Institute of Economic Affairs are calling the shots in the government now. Although the economy is not in a good state anyway, this particular crisis was caused by the government’s budget announced a week earlier, which included massive tax cuts.

Normally, the capitalist economic system favours tax cuts for the rich and big businesses, so why did they react badly to this plan? Because alongside the tax cuts was a commitment to massive borrowing at a time when borrowing is getting even more expensive. The era of cheap credit is over, and money men (sic) in the global markets thought that the UK government was saddling itself with massive expensive debt that would undercut other parts of the economy.

The budget was so badly received by the markets (which the Tories allegedly love and worship as the most rational way of running society!) and exposed the structural weaknesses of the British economy in such a stark way that even the IMF intervened to implore the Tories to retract the tax cuts in the November financial statement. This was a humiliating dressing down from an organisation that is dedicated to maintaining the order of capitalism.

The mounting crisis of British capitalism

People in the UK are facing a bleak winter. The British economy is in dire straits; it is one of the weakest performers in Western Europe and is already in technical recession. Wages are rock bottom whilst inflation is high and increasing-stagflation looms.

As the BOE desperately tries to offset inflation with interest rate increases, millions of people with mortgages or serious credit card debt are going to really struggle to pay. Interest rates will hit 6% by early next year, making many mortgages simply unpayable. Already hundreds of mortgage offers have been withdrawn by the banks; this could lead to a seizing up of the housing market if people cannot get mortgages.

And energy bills. First, the energy bill cap of £2,500 is no such thing. The government is lying to people when it says that there is such a cap. There is an average price per kwh of electricity but no proper cap on the bills we will be getting. The government hopes that its massive borrowing will help offset the massive price rise, but this is no long-term fix for the problem of runaway inflation on energy bills.

To add to rising prices, the value of the pound has slumped against the dollar to record lows. It could reach parity, which for the British capitalist class would be a humiliating decline in economic clout. The weak pound will make imports more expensive. Even things we don’t import from the U.S. like oil will become more expensive because these commodities are pegged to the dollar.  This is before we even factor in Brexit and the impact on exports and imports that has created.

Rising prices and low wages will lead to a slump in consumer demand, driving many businesses to the wall. Likewise, although the government has said there will be no public sector cuts, in practice there will be because hospitals and local councils will have to pay for massive energy bills out of already non-existent budgets.

Pensioners and people on other benefits will not get an increase next year, which will make their financial positions essentially impossible. The government is hoping to force the unemployed into work, but if the economy has tanked, then what jobs will people be able to get? Even if they can find work, the low-wage economy of the UK isn’t going to lead to a huge boost in consumerism to keep retail alive.

And given the huge cost of childcare provision in Britain, many parents, especially women, would be worse off in employment. And many disabled people can’t seek work because employers refuse to make the adjustments necessary to make workplaces accessible.

So we nearly had a credit crunch today to possibly rival 2008-09. Things are incredibly precarious, which is why we have to get ready to take to the streets, starting on October 1st for the day of action, but then we need an autumn and winter of resistance. Their system is cracking, the foundations are weak-we can put working class and socialist demands on the agenda.

Anti*Capitalist Resistance is fighting for the following demands in the wider movement and trade unions:

If you agree with these demands, then now is the time to get organised and fight back. Isolated and divided, we cannot win, but together in a power movement of workers’ and popular resistance alongside a socialist organisation that fights for a transition from capitalism to socialism, we can turn this crisis into a crisis for the capitalist class. But the election of the quasi-fascist government in Italy is a stark warning of what might happen in the UK as well as elsewhere if we fail.

Simon Hannah is a socialist, a union activist, and the author of A Party with Socialists in it: a history of the Labour Left, Can’t Pay, Won’t Pay: the fight to stop the poll tax, and System Crash: an activist guide to making revolution.