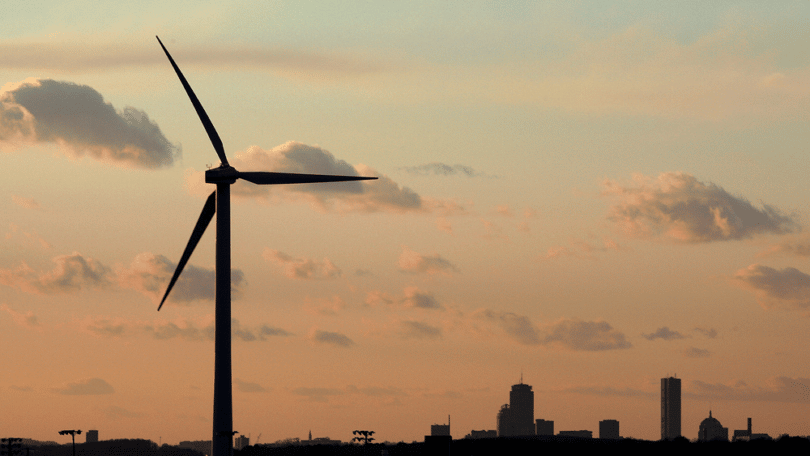 In one of the most liberal states in the country, the largest roadblocks to climate legislation do not come from fossil fuel producers or cultural conservatives bent on opposing any progress toward a clean energy economy. Instead, the most successful opposition comes from two giant investor-owned utility companies, which use their earnings from regulated monopolies to shape the state’s climate legislation to their liking.

Gas and electric utility companies in Massachusetts collectively spent $439,000 on lobbying over the first half of this year, with the majority of this coming from the state’s two largest utilities, Eversource and National Grid.

According to lobbying disclosures from the most recent legislative session, National Grid lobbied against bills promoting rooftop solar, renewable energy financing, clean heating, community representation in the regulatory process, and eliminating gas leaks. The clean energy measures that the utility did support were related to offshore wind, biogas, electric vehicles, and energy storage–topics that help the company maintain its profit-driven business model in the state.

Eversource, meanwhile, registered essentially all of their lobbying (more than 99 percent) as “neutral,” while lobbying on many of the same bills.

“[These utilities have] been on solar’s back for decades–they’ve been solar’s worst nightmare since the beginning, and that’s why we have not seen solar at scale in Massachusetts,” said Cabell Eames, the political director for the Better Future Project, a Massachusetts-based nonprofit focused on climate action. “Anything that disrupts their profit margin is a problem for them.”

Amid an accelerating climate crisis, such lobbying efforts highlight a major downside of allowing investors to control the essential services of heating and electricity. The ultimate purpose of these utility companies is to maximize profits, instead of keeping rates low and accelerating the transition to clean energy.

How utility companies lobby is a direct reflection of this dynamic, using money made from their regulated monopolies to advocate for the energy policies most profitable for their shareholders in the short term. As the political tide turns in favor of eliminating fossil fuels, the obstacles faced in progressive states like Massachusetts may serve as indicators for what is to come across the country.

A 2021 report from researchers at Brown University’s Climate and Development Lab found that between 2013 and 2018, the utility industry was the most successful coalition in lobbying on climate legislation in the state, compared to other coalitions such as environmentally-focused nonprofits, the fossil fuel industry, and the real estate industry. More often than not, the utility industry opposed bills supported by environmentalists, the researchers found.

“Utilities were uniquely successful among all the interest groups, on both offense and defense,” Timmons Roberts, one of the report’s co-authors and the Executive Director of Brown’s Climate Social Science Network, told The Lever. “They tended to oppose things like distributed solar, but they were in favor of large-scale wind because that fits with their business model.”

“The Writing Is On The Wall For All Of Us”

Massachusetts is one of the most liberal states in the U.S., delivering President Joe Biden his second highest percentage of the vote in the country. Biden recently visited the state to announce a series of executive actions on climate change. While Massachusetts currently has a Republican governor, Democrats maintain veto-proof majorities in both the state House and Senate.

But the state also boasts an undercover power player holding up the transition to clean energy: powerful local utility companies.

Eversource and National Grid, the largest investor-owned companies that provide both gas and electricity to Massachusetts residents, each raked in upwards of a billion dollars in profits in 2021. Across the country, utility companies have a long history of using their immense resources to oppose solar energy and promote natural gas. Offshore wind, which fits their business model of distributing energy from a centralized power source to customers across the region, is currently viewed much more favorably than rooftop solar by the industry.

Representatives from National Grid and Eversource did not respond to multiple requests to comment for this story.

The $400,000 in lobbying money spent by utilities in the first half of the year came as the state legislature considered an omnibus climate package. At the same time, while the state conference committee was working on crafting a compromise between the House and Senate versions of the bill, executives at National Grid and Eversource, as well as affiliated lobbyists, donated about $10,000 to the campaign of Democratic state Rep. Jeff Roy, one of the committee’s two lead negotiators.

Despite these efforts from the utilities, the resulting bill, ultimately signed by Gov. Charlie Baker (R), still included major provisions opposed by the utility industry, including measures boosting rooftop solar, geothermal heating, a pilot program allowing a handful of municipalities to ban fossil fuels in new buildings, and a measure stripping utilities of their power in the selection process of offshore wind bids.

Some climate justice advocates in the state see these victories as evidence of a shift in the political power of the state’s utility industry.

“Are they less powerful? You bet they are. And they know it,” said Eames, of the Better Future Project. “The writing is on the wall for all of us… you’d have to be completely disconnected to not be aware that there’s a climate crisis. Everyone is also in agreement that there’s too much carbon in the air, and that’s what’s causing all of this, and we’ve got to stop using fossil fuels.”

The fossil fuel ban pilot program in particular faced major pushback from utility and business groups for threatening new oil and gas infrastructure, but still made it into law largely intact.

“I think [the pilot program] would have been almost inconceivable four of five years ago, and so I think the fact that that is happening is a great sign that the political environment in Massachusetts is changing,” said Ben Hellerstein, the state director at Environment Massachusetts. “Now at the same time, it’s not enough. We know that we need to get all of our buildings in Massachusetts off of fossil fuels, we know that everybody deserves a safe and healthy environment to live in and to work in, and so I’m hopeful that we can see this as a first step, not a last step.”

With a new governor to be elected this November, Democrats are now favored to take control of all three branches of state government. Baker, the outgoing governor, positioned himself as a business-friendly moderate, and was often perceived as cozy with the utility industry. But despite recent wins and a shifting landscape, climate advocates are hesitant to rest on their laurels.

As pressure for climate action increases, utility companies have been resistant to planning for a gas-free future. Instead, they have pivoted to highlighting so-called “renewable natural gas” and hydrogen fuels. Despite concerns about high costs, limited availability, dubious environmental benefits, and major safety issues, these nascent fuels are key to the net-zero pledges of both Eversource and National Grid.

Climate justice groups and advocates see these efforts as utilities’ attempts to prolong gas dependence as long as possible–and they are determined to stop them.

“As of now it’s just a smoke screen to keep delaying the inevitable, because those fuels are incredibly expensive, and if they start deploying those fuels it’s just going to hasten the utility death spiral,” said Caitlin Peale Sloan, vice president of the Conservation Law Foundation in Massachusetts.

It’s why activists are eager to build on their modest successes this year, and push for reforms that would force these companies to reevaluate their business model. “There’s stuff that, if it was implemented on a grand scale, maybe would be [a threat to them],” said Peale Sloan. “We have a messy system, in terms of trying to transition off gas. If you can do it here, I think you can do it anywhere in the country with the political will.”