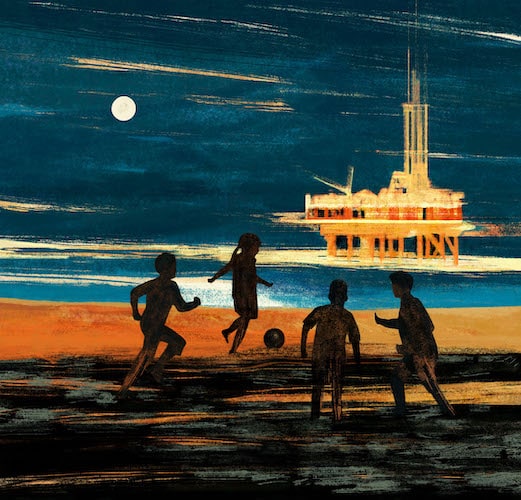 Galen, a scientist from ancient Greece, mistakenly thought that the liver and the heart produce and pump blood centrifugally, and that the lungs distribute air in the same manner until these vital essences simply dissipate or are consumed at the extremities. This view of unidirectional blood and air flow was hegemonic for a millennium until Arabic physician Ibn al-Nafis (and later William Harvey) discovered the circulatory nature of the body’s function: both systems intertwine and cooperatively transform and recycle materials in a constant metabolism.

Metabolic processes are ubiquitous in nature: water in the soil, in rivers and lakes, and as rain; carbon in the atmosphere anabolized in living organisms, deposited in the ground, and oxidized into the air. Yet, between the two scales of a human body and an ecological niche, human society on this planet uniquely follows the Galenic formulation. Natural resources are extracted in a perpetual one-way flow. Soil that grows food is exhausted by monoculture and agrochemicals. Organic materials deposited for hundreds of millions of years are drained from the underground and burnt into the atmosphere within a few generations of human existence. If Earth is a body, humanity is bleeding it.

Such a “metabolic rift” in our relationship to nature is not an aberration due to misconceived notions.1 It is immanent in a society governed by capitalist logic: “Accumulate, accumulate! That is Moses and the prophets!”2 The social necessity of capital accumulation entrains us to see ourselves not as parts of nature, but as existing outside of and dominating nature. Science confers capital the means to dominate, and capital in turn endows science with “progress”—a word synonymous with the degree to which we can extract the “free gifts” of nature.

Our struggles are interconnected within the same process of social metabolism.

But capitalism, with its goal to commodify and profit from all things, not only undermines its lived environment: it predestines societies to grotesque inequality. Extraction is the motive force of colonial expansion that began (and continues still) in Western Europe and North America. The centers in the Global North siphon natural resources and pillage land and labor in the South, reduce peripheral economies to raw material export, and condemn the majority of the world’s people to misery and the agony of toil.

The dual consequences of a bleeding Earth—ecological destruction and climate chaos that threaten humanity’s own existence, and social demoralization that denies most humans the rights to live as humans—deeply shape our struggle today. Resistance to extraction has become more urgent than ever. In this issue, in addition to the discussion of theories of ecology, health, and political economy, we present stories across the world of people’s struggles against mining, land dispossession, water privatization, and phony technocratic promises. These cases are by no means representative of the diverse anti-extractivist movements with distinct local contexts. However, they are all interconnected within the same process of social metabolism.

The crises and challenges we face today are no less than epoch-making, but humanity inevitably sets ourselves only such tasks as we are able to solve, as the problem itself arises only when the material conditions for its solution are already present.3 We must realize our collective ability to reconstitute our relation to nature and with one another according to ecological principles rather than the false prophecy of capital. To heal the earth, we begin by changing society.