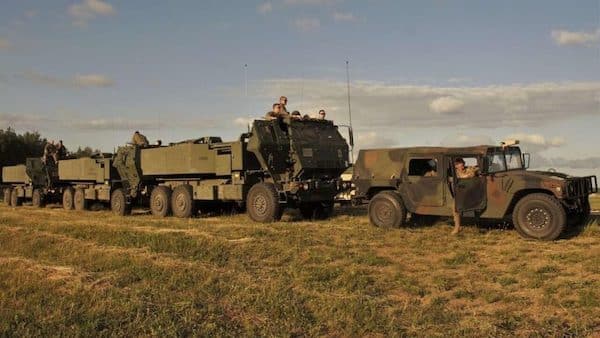 Russian Foreign Minister Sergey Lavrov said on Oct 18, 2022 that evidence of military personnel of United States and other Western countries having their boots on the ground in Ukraine is mounting.

The most obvious explanation to the mysterious air dash of the UK Defence Minister Ben Wallace to Washington on Tuesday could be that he was canvassing for the support of the Biden Administration for his pitch to succeed Liz Truss as Britain’s next prime minister. But another plausible explanation can be that the secret, hurried trip marked a defining moment in the conflict in Ukraine, which is showing all signs of turning into a full-fledged war.

To be sure, the Biden team cannot but be worried that London is drifting into chaos and the Conservative Party’s faction leaders scurry around like headless chicken looking for a substitute to Truss who stepped down on Thursday.

The British economy is disintegrating and the Chancellor of the Exchequer Jeremy Hunt anticipates that a cut on the defence budget is inevitable. That is to say, the Deep State’s fun and frolic in Kiev is no longer affordable. The UK is heading for hard times, the rubric of Global Britain looks delusional.

Enter President Biden. The reports from Moscow suggest that Russians have hard intelligence to the effect that Washington has demanded from President Zelensky some spectacular performance on the battlefield as the midterms in the U.S. on November 8 is round the corner.

That adds to the enigmatic comment by a second defence minister in London James Heappey that the conversations that Wallace would be having in Washington were “beyond belief,” hinting that particularly sensitive and serious issues were on the agenda.

Indeed, after arrival in Washington, Wallace headed straight for the White House to meet up with National Security Advisor Jake Sullivan, Biden’s point person for the Ukraine war. A White House readout said the two officials “exchanged views on shared national security interests, including Ukraine. They underscored their commitment to continue providing Ukraine with security assistance as it defends itself against Russian aggression.”

As British politics descends to skulduggery that will extend into months, the U.S. will be a stakeholder. Historically, since the World War 2, Britain led the U.S. from the rear in critical situations involving Russia.

Indeed, Biden issued a rare statement on Truss’ exit, which stated that the U.S. and the UK “are strong Allies and enduring friends–and that fact will never change.” He thanked her “for her partnership on a range of issues including holding Russia accountable for its war against Ukraine.” Biden underscored that “We will continue our close cooperation with the U.K. government as we work together to meet the global challenges our nations face.”

Biden has sent a powerful message to Britain’s political class signalling that he expects them to come up with a new prime minister who will faithfully adhere to the compass set by Boris Johnson on Ukraine. In immediate terms, what does it signal for the Anglo-American project in Kherson? Will it go ahead? That is the big question.

The situation in Kherson is assuming the nature of a large-scale military confrontation, as Zelensky is throwing everything into it in an attempt to wrest control of the strategic Kherson city, which has been under Russian control since March, before the midterms in the U.S.

At a press conference in Moscow on Tuesday, Army general Sergei Surovikin, the newly-appointed theatre commander for Ukraine operations, conceded that there was a danger of the Ukrainian forces advancing toward Kherson city.

To quote the general,

A difficult situation has arisen. The enemy deliberately bombards infrastructure and residential buildings in Kherson. The Antonovsky Bridge and the dam of the Kakhovskaya hydroelectric power station were damaged by HIMARS missiles, traffic there was stopped.

As a result, the supply of food in the city is difficult, there are certain problems with the water and electricity supply. All this greatly complicates the lives of citizens, but also poses a direct threat to their lives.

The NATO leadership of the Ukrainian armed forces has long been demanding offensive operations against Kherson from the Kiev regime, regardless of casualties… We have data on the possibility that the regime in Kiev will use prohibited methods of war in the area of the city of Kherson–preparation for a big missile attack on the Kakhovskaya hydroelectric dam, massive and indiscriminate missile and artillery attacks on the city…

In these circumstances, our top priority is to preserve the life and health of citizens. Therefore, the Russian army will first of all ensure the safe, already announced departure of the population according to the resettlement program being prepared by the Russian government. Our further plans and actions regarding the city of Kherson itself will depend on the current military-tactical situation. I repeat, it is already very difficult today. [Emphasis added.]

In any case, as I said, we will start from the need to protect the lives of civilians and our military as much as possible. We will act consciously and in a timely manner, without excluding difficult decisions. [Emphasis added.]

The full interview of Gen. Sergey Surovikin to Russian media is below:

The Kremlin thinking gets echoed in a public appeal by the head of the Kherson region Vladimir Saldo where he explained that the evacuation of civilians was not only for people’s safety but also for the operational freedom of the military:

Dear compatriots, I want to say again that our army has very strong capabilities to repel any attack. But in order for our military to work quietly and not to think that civilians are behind their backs, you MUST get out of these neighbourhoods I mentioned and allow the military to do its job properly, with fewer casualties for the civilians. Our cause is just and we are sure we will win!

The message here is that the Russian military is prepared to expand the scope of the conflict in Kherson, if need arises. There has been talk about a massive Russian offensive circa mid-November. The new security measures announced by Putin this week and the establishment of a special coordination council headed by Prime Minister Mikhail Mishustin to support the needs of Russia’s Armed Forces imply that time future is being put on a war footing.

Significantly, Gen. Surovikin said at one point in his press conference:

The enemy does not give up trying to attack the positions of the Russian troops. This concerns, first of all, the directions Kupyansk (Kharkov oblast), Krasnolimansky (Donetsk oblast) and Mykolaiv-Krivoy Rog (neighbouring Kherson oblast.) Our enemy is a criminal regime that is killing the citizens of Ukraine. We are one people with Ukrainians and we wish Ukraine to become a state independent of the West and NATO, friendly to Russia… [Emphasis added.]

The Ukrainian regime is trying to break through our defences. To this end, the AFU is pulling all available reserves to the front lines. These are mainly territorial defense forces that have not completed full training. In fact, the Ukrainian leadership is condemning them to destruction.

We have a different strategy. The Commander-in-Chief [President Putin] has already talked about this. We don’t aim for high advance figures, we take care of every soldier and methodically “grind” the advancing enemy. This not only limits our losses, but also significantly reduces the number of civilian casualties.

That is to say, specifically, the set parameters of the special military operations with focus on “demilitarisation” and “denazification” remain unchanged while also aiming at the replacement of Zelensky’s regime.

Russia will be keenly watching the profound political crisis developing in Europe, of which the paroxysms in Britain are an early harbinger, which could erode the rock-like UK support for Zelensky, as the western capability and interest to bankroll the Ukrainian economy and fuel the military conflict may also be on the wane.

Nonetheless, Surovikin did not take to hyperbole but instead chose to communicate directly, realistically. He echoed Putin’s priority to take all necessary measures and resources in accordance with the operational and tactical situation at the front with the supreme objective of saving the lives of Russian soldiers and local civilians.

The general conveyed the impression that the Russian command is ready for every development of the situation in Kherson–both tactical withdrawal and heavy city fighting.

In political terms, with the UK bogged down in a domestic quagmire, Biden has the option to shift to diplomacy. This is “Biden’s war” now. He is about to script his presidential legacy as the fifth of the 14 American presidents in office since World War II to “own” a war–after Harry Truman, Lyndon Johnson, George HW Bush and George W. Bush.