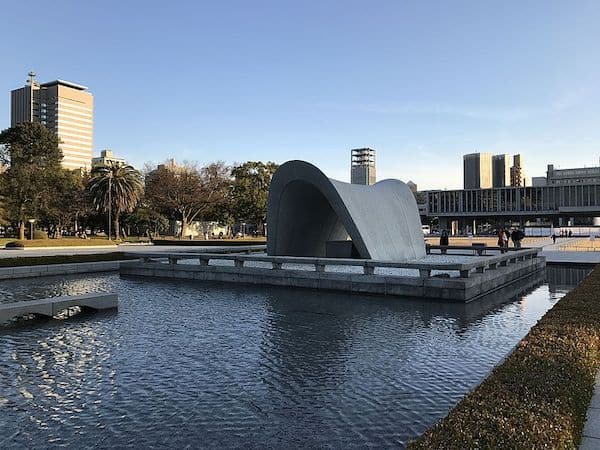 I speculated that the intent of the campaign was to prepare for some false flag incident in Ukraine.

Two weeks later the Russian secret services found out that Ukraine was preparing a ‘dirty bomb’ which would spread radioactive substances with the help of chemical explosives. Such bombs are not a meaningful military threat but have a high ‘scare’ value. If it would use one of those the Ukraine would surely blame Russia for launching such a bomb.

When the Kremlin found out what Ukraine had planned it order Russia’s Minister of Defense Sergei Shoigu and Chief of its General Staff Valery Gerasimov to call their peers in the U.S., Turkey, Britain and France. Shoigu called U.S. Defense Secretary Lloyd Austin even twice:

Russian Defence Minister Sergei Shoigu spoke with U.S. Defense Secretary Lloyd Austin on Sunday for the second time in three days and held a flurry of calls with three other counterparts from NATO countries.Moscow provided no details on the conversation with Austin, which came after the two men spoke on Friday for the first time since May. Its readouts on the other calls said Shoigu had said the situation in Ukraine was worsening.
…
Shoigu spoke separately to Turkey’s defence minister, Hulusi Akar, and Britain’s Ben Wallace.

Shoigu’s ministry said he had told his French, Turkish and British counterparts of Moscow’s concern that Ukraine could detonate a “dirty bomb”—a device laced with radioactive material. Russia has provided no evidence to substantiate such a claim.

Calls on such high levels are only done for serious business. They are not done for propaganda value or to warn of non-existing threats. The fact that these calls happened means that the threat from Ukraine was real.

The calls seemed to have had the desired effect. For a few days the talk of a ‘dirty bomb’ calmed down. It has now been revived.

Today the Washington Post as well as the New York Times are back fear mongering about alleged threats which Russia has never made. Both stories are based on ‘administration officials’ meaning that the Biden administration has planted these stories.

The dirty bomb speculation is tied to comments made by Russian Defense Minister Sergei Shoigu, and repeated last week by Putin, suggesting Ukraine planned to detonate a device loaded with fissile material on its own territory. U.S. officials believe it is more likely that Russia’s warnings were in fact the opening steps of a false flag operation, signaling the Kremlin’s intentions to use such a weapon and blame Ukrainians for the fallout, literally.

—-
Russian Military Leaders Discussed Use of Nuclear Weapons, U.S. Officials Say—NYT
The conversations alarmed the Biden administration because they showed how frustrated Moscow had become over its battlefield setbacks in Ukraine.

Senior Russian military leaders recently had conversations to discuss when and how Moscow might use a tactical nuclear weapon in Ukraine, contributing to heightened concern in Washington and allied capitals, according to multiple senior American officials.
…
President Vladimir V. Putin was not a part of the conversations, which were held against the backdrop of Russia’s intensifying nuclear rhetoric and battlefield setbacks.

Russia has not intensified its nuclear rhetoric and, since the Ukraine’s push into the empty east Kharkov region came to a halt in late September, has not seen any recent battlefield setbacks. All attempts by Ukraine to break through the front lines have since been defeated at high cost for the attacking Ukrainian units.

Russia is in fact strengthening its front lines as more and more of the 300,000 mobilized reservists join its forces. It has degraded the Ukraine’s transport and communication infrastructure by destroying some 40% of the countries 330 kilovolt electric substations. The destroyed transformers are Soviet era equipment without a ‘western’ substitute and there is no timely way for Ukraine to replace them. Russia has done this on the cheap by using Iranian suicide drones. In exchange Iran will receive SU-35 fighter jets. The financial damage of these strikes to Ukraine is much higher than the costs are for Russia.

There is absolutely no reason for Russia to think of using anything nuclear. It would contradict its policies and doctrines without giving it any advantage.

If in mid October Russian military leaders indeed talked to each other about something nuclear it is much more likely that they talked about Ukrainian or U.S. weapons than of the ones their country owns.

The core question in all this remains the same as a month ago. Why is the Biden administration doing this? Why is planting stories about non-existing ‘Russian threats’?

During a recent talk Russia’s president Vladimir Putin gave at the Valdai Club he was asked the same question. He answered it:

Ivan Safranchuk: Ivan Safranchuk, MGIMO University.
…
Nuclear rhetoric has intensified greatly as of late. Ukraine has moved from irresponsible statements to the practical preparation of a nuclear provocation; representatives of the United States and the United Kingdom are making statements with suggestions of the possible use of nuclear weapons.Biden, let’s say, speaks about nuclear Armageddon, and straight away there are comments in the U.S. that there is nothing to fear. At the same time, the United States is hurrying to deploy modernised tactical nuclear bombs in Europe. It looks like they are rattling the sabre while refusing to acknowledge the lessons of the Cuban Missile Crisis.

Mr President, could you please comment, is it true that the world is on the verge of the possible use of nuclear weapons? How will Russia act in these circumstances, given that it is a responsible nuclear state?

Vladimir Putin: Look, as long as nuclear weapons exist, there will always be a danger that they could be used. This is the first thing.

Second, the goal of the current fuss around such threats and the potential use of nuclear weapons is very primitive, and I would probably be not mistaken when I explain what this is about.

I already said that the dictate of the Western countries and their attempts to apply pressure on all the participants of international communication, including countries that are neutral or friendly to us, are achieving nothing, and they are looking for additional arguments to convince our friends or neutral states that they all need to confront Russia collectively.

Nuclear provocation and the inflaming of the possibility that Russia might theoretically use nuclear weapons are being used to reach these goals: to influence our friends, our allies, and neutral states by telling them, look at whom you support; Russia is such a scary country, do not support it, do not cooperate with it, do not trade with it. This is, in fact, a primitive goal.

What is happening in reality? After all, we have never said anything proactively about Russia potentially using nuclear weapons. All we did was hint in response to statements made by Western leaders.
…
As for Russia…We have the Military Doctrine, and they should read it. One of its articles explains the cases when, why, in relation to what and how Russia considers it possible to use weapons of mass destruction in the form of nuclear weapons to protect its sovereignty, territorial integrity and to ensure the safety of the Russian people.

The answer Putin gave seems plausible to me. I still have to find a better one.

To me this looks all very low-brow, demented and indeed primitive. When one reads these planted stories and checks their veracity one ends up shaking ones head. No serious person or foreign country will be influenced by such nonsense.

What the stories really show is that the neocons in the Biden administration have no real instruments left and no abilities to influence the execution of further Russian plans in Ukraine. In a month or two, when Russian troops will throw the Ukrainian army out of Donetsk and other regions, there will be nothing left for them to say.