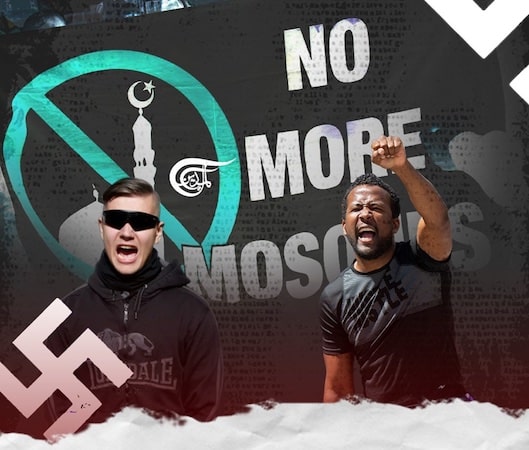 On October 31, Ilze Brands Keris, the United Nations Assistant Secretary-General for Human Rights, stressed the need for sufficient funding at the national and international levels to effectively address all forms of racism and racial discrimination in the world. Expectations of swift action against systemic and structural racism stand challenged as key ethnic groups—including Africans, Muslims, and Asians—continue to face the constant threat of discrimination in some parts of the world.

These disturbing trends highlight the importance of key UN member state appeals to all-out rights accountability, particularly when historically-marginalized groups risk being treated to an alternative standard of justice. In the words of the acting UN High Commissioner for Human Rights, there is already a strong need for “evidence-based approaches” to address historic injustices, but what about the deep-seated, ongoing racism that keeps meaningful justice out of sight?

Calls to review and revise discriminatory institutions in relevant countries are long overdue, and thanks to the recent initiative of a group of UNHRC countries, it is increasingly likely that these calls won’t be suppressed. Consider the case of the United States: loud promises of accountable policing and criminal justice practices have fallen very well short of credible change. It shows in fact that people of African descent still face barriers to participation in the country, and remain underrepresented in state institutions as well. From the time since the George Floyd killing, the Biden administration has relied noticeably on executive orders that aren’t enforced by the law and thus assume shortcuts to proper, long-term legislative action. This effectively frustrates genuine progress against deep-rooted, systemic racism in modern-day America, which is ill-suited to preach stability overseas. Custodians of democratic freedoms are having a tough time guaranteeing them.

Moreover, Beijing, which has called out law enforcement’s discriminatory practices against ethnic minorities, presented additional revelations during a closely-watched 51st UNHRC session. These informed insights removed further doubt about the state of racism in the U.S. Consider the fact that African Americans are nearly six times as likely to be incarcerated in comparison to white people, and run more than twice the risk of being shot by the police. Unmet justice reform commitments are thus essential to address the challenge, as inaction reflects badly on global efforts to give full play to the UN’s transformative racial equity agenda.

Another vital aspect of recent UNHRC insights is the spread of racially- and religiously-motivated hate speech by politicians since the COVID-19 outbreak. Glaring recent reminders include violence and ethnic unrest at the community level in several European countries, including the United Kingdom. The targeting of Muslims in Leicester, and violent police confrontations in the city, have also revealed the broader gaps in heeding the miseries of ethnic minorities and providing adequate safeguards against communal unrest in surrounding countries. Breaking meaningful ground at this point requires conscious efforts to investigate the drivers of ethnic marginalization. Simply encouraging law enforcement entities to react to unrest defeats the purpose of preempting it. Rhetoric cannot be construed as action.

On a regional scale, there is a dire need for states to also step up the capacity of “equality bodies” in Europe. The role of such bodies in addressing institutional racism is difficult to understate. Select member states at the UNHRC are correct to suggest that much hasn’t changed since the pandemic, given how the constant threat of violence continues to undermine the safety of ethnic minorities and their rights. Even as far as the United States goes, there appears to be little resolve to implement the UN’s own blueprint for tackling racism: the Durban Declaration and Program of Action. In its absence, the systemic discrimination that contributed to George Floyd’s killing risks repetition elsewhere in the country, and around the world. This is a threat to justice that the world simply cannot afford.

Understand, that action against deep-rooted ethnic discrimination demands initiative, and by extension, an enduring consensus among all. It is here that the recommendation to “overhaul the law enforcement and justiciary bodies” demands particular attention in countries lacking progress. America’s promised measures to reform brutal policing remain a mirage, because the effects of justice are not felt by justiciary bodies nor by law enforcement personnel at the center of waning public confidence. As a result, such discord between rhetoric and practiced justice does little to advance what the world sees as a transformative agenda for racial justice: to collectively reverse cultures of denial, dismantle systemic racism, and accelerate the pace of meaningful action.

In the words of Nada Al-Nashif, Acting UN High Commissioner for Human Rights, the actual barometer for success must be positive change in the lived experiences of people. This is a wake-up call to nations still in denial over deep-rooted structural racism and inequities at home. Their reluctance to earnestly reckon with the legacies of slavery and colonialism deserves to be called out in full.