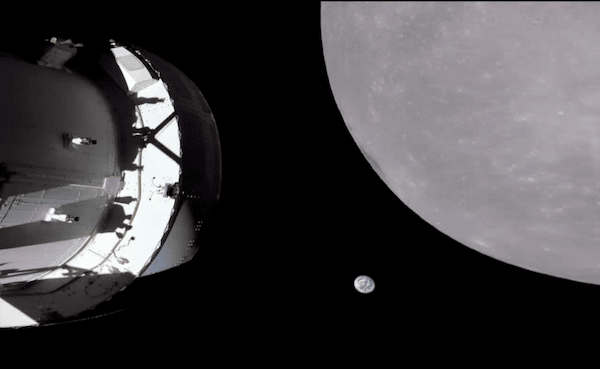 On Nov. 16, NASA launched the first mission in the Artemis Program, the long delayed and over-budget program to return humans to the surface of the moon this decade. Artemis I is a dry run for the return to the moon, a test of the new Space Launch System rocket and Orion capsule that will bring astronauts into lunar orbit on Artemis II and onto the surface on Artemis III. The program is not simply scientific, as NASA presents, but also the basis for immense wealth transfer to military contractors, precedent setting issues for international space law and the opening of a new front in the new Cold War pursued by Washington against China and Russia.

The rocket only a military contractor could love

A single launch of the SLS rocket costs more than $4 billion while the original estimate was that each launch would cost 1/8th of that: $500 million. The total current estimated cost for Artemis is $93 billion, the vast majority of which has gone to military contractors like Boeing and Bechtel through a labyrinthine process of back room congressional deals and pork-barrel legislation. As the cost has ballooned, the launch date has been consistently delayed. The first announced launch date was in December 2017, then rescheduled to July 2018, then November 2018, June 2020, June 2021 … In 2022, the launch was scheduled for August 29 before an engine issue caused it to be scrubbed. Finally on Nov 16, the rocket successfully took off.

The development of the SLS has been widely criticized by scientists and engineers as a terrible investment. The exorbitant costs and widespread delays have “created a rocket that only a military contractor could love.” From the perspective of the aerospace industry, it has been the perfect slush fund right alongside the $1 trillion military budget. These issues, clearly the fault of the U.S. system of legalized corruption and the military-industrial complex, have turned many scientists, engineers, and casual observers against state-run space exploration and into the arms of the private sector.

The men positioned to win big in the push to privatize space are the widely hated billionaires Elon Musk and Jeff Bezos whose companies, SpaceX and Blue Origin respectively, have been battling each other in the courts over Artemis contracts for years. Boasting lower costs and pursuing novel technologies like reusable rockets, SpaceX is positioning itself to take the “first movers advantage” on the moon and beyond. SpaceX also has extensive ties to the Pentagon and has signed contracts to provide various space-based services to the U.S. military, including using rockets to deploy “quick reaction forces” to any point on the planet in mere hours, in addition to being in the news in recent months for providing communications coverage to the Ukrainian army. The turn to “private launch solutions” simply means a transfer to a new generation of military contractors.

The Artemis Accords, which have currently been signed by 21 nations, are a set of bilateral agreements countries can enter into with the United States to agree to standards for practices on the moon and beyond. Like the so-called “Rules Based International Order” often parroted by State Department officials, the Artemis Accords also have little basis in existing international space law. International space law, most notably in the Outer Space Treaty of 1967, includes provisions that space and planetary surfaces are the “province of all mankind” and cannot be “subject to national appropriation by claim of sovereignty, by means of use or occupation, or by any other means.”

The Artemis Accords are able to skirt these provisions by setting what amount to corporate exclusion zones on the moon and other planetary bodies for resource extraction and profit. This is the other major angle to the push for privatization. While state-owned space agencies like NASA, Roscosmos, and the China National Space Agency are explicitly bound by the Outer Space Treaty, the existing canon of space law only tangentially addresses private sector actors. It is the explicit goal of successive NASA administrators to view the agency’s exploration and innovation to be in the service of opening new markets and resources for private capital to exploit.

The 2011 Wolf Amendment bans any cooperation between NASA and the China National Space Administration without the explicit approval of both the U.S. Congress and the FBI. Because of this, China has been barred from participation in the International Space Station program, spurring the development of Tiangong, a space station fully developed by China that as of this year is fully operational and crewed.

Since the intensified sanctions on Russia after the outbreak of war in Ukraine, the already shaky collaboration on the nearly 30-year-old International Space Station has become even more uncertain, with decommissioning of the jointly operated station certain to occur before the end of this decade. In the current climate of Washington’s Cold War drive, there is every reason for Moscow to deepen its collaboration in space with Beijing.

There are detailed plans and proposals to just that end — parallel with the Artemis Program, China and Russia have committed to collaborating on an International Lunar Research Station over the next two decades. China has greatly increased its domestic capacity for operating in space as demonstrated by the successful construction of Tiangong. Over a dozen nations are slated to participate in collaborative research with international crews aboard Tiangong in the coming years, including many African nations.

In September, the three taikonauts (Chinese astronauts) aboard the station met virtually with students from eight African countries, including Ethiopia, Algeria, Tunisia, Egypt and Namibia. Like in so many fields, collaboration between China and Africa in space is a breath of fresh air for African nations. This is especially noted in the building up of satellite infrastructure that African nations will be able to use for weather prediction and agricultural modeling, discussed at length on a recent episode of The Crane: A China Africa Podcast from Dongsheng News Collective.

Many countries around the world are staking out a path of non-alignment and have agreed to participate in both eastern- and western-led international space programs. The threat posed by the U.S. drive for a new Cold War is to divide outer space along the lines of geopolitical competition, setting the stage for potential conflict at a scale once reserved for science fiction.