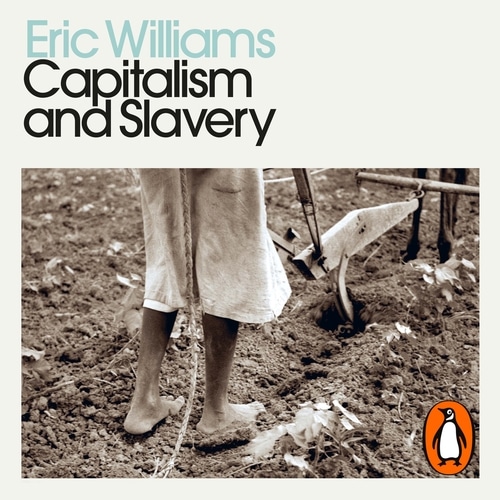 When British capitalism depended on the West Indies,” Eric Williams wrote in 1938,

they ignored slavery or defended it. When British capitalism found the West Indian monopoly a nuisance, they destroyed West Indian slavery. 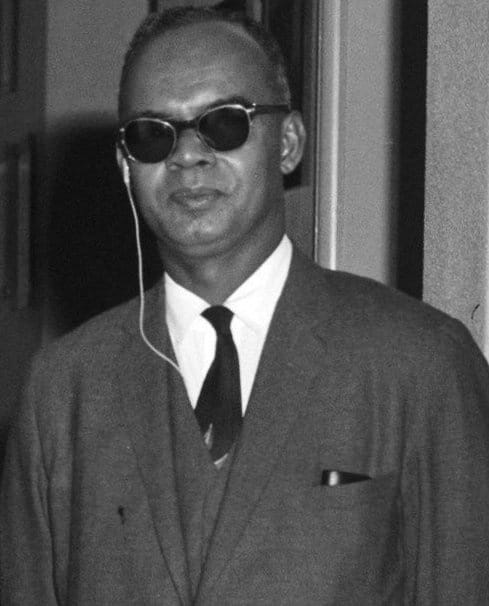 Williams had no time for sentimental views on the abolition of slavery. The history he dealt in was more honest, more straightforward, and unafraid to confront the accepted narratives, wherever these might be found.

And confront he did. His 1945 work, Capitalism and Slavery, systematically destroyed the traditional, rose-tinted views of abolition in the UK, replacing the cozy and humanitarian with the cold and pragmatic, substituting empathy and egalitarianism with hard economic necessity. In Williams’s view, the United Kingdom reaped the immense benefits of slavery—for centuries, in fact—and dropped the practice only when it no longer served its lucrative purpose. To look at the facts in any other light is simply a pretense.

There are voices of humanitarianism within Williams’s work. There are voices of empathy, of egalitarianism. There are people whose consciences are clear, who’s hearts are true, people who fought against slavery and the British Empire’s grim association with it. There are all of these things because there were all of these things in real life. These voices existed in Georgian and Victorian Britain, and so they are present in Williams’s writing. It’s just that these voices, these notes of discord, were lost in a far larger choir. Those making all the noise—those who truly influenced governors and policymakers—were motivated by very different factors, such as economics, geopolitics, imperialism, and capitalism.

Williams received his early education in his native Trinidad and Tobago, then still part of the British Empire. As a student, he was awarded a scholarship to Oxford University, where he excelled as a student and refined many of ideas that would characterize his later work. In 1956, Williams formed the People’s National Movement (PNM), becoming the Prime Minister of Trinidad and Tobago that same year, and eventually led the country to independence in 1962. He continued to serve at the helm of the new nation right up until his death in 1981 at age 69, in the nation’s capital, Port of Spain.

His achievements as a freedom-minded politician and global head of state may have overshadowed his earlier work in academia, but these two aspects of his career cannot be separated. His clear-eyed and honest approach to history, and to his own people’s place within that history, shaped the path he would take in the following decades. By deconstructing UK attitudes to the slave trade, and its eventual abolition, Williams laid the foundations for dismantling British imperialism in the Caribbean. His contribution to our historical understanding, and to nationhood for Trinidad and Tobago, are inextricably linked.

Williams’s ideas are not new anymore. Capitalism and Slavery was written largely as a doctoral thesis in 1938, refined and published in 1945, and has been discussed for decades since. But Penguin’s relaunch of the book in 2022 is the first mass-market edition of the work to hit the shelves in the United Kingdom. It has, deservedly, become a bestseller.

But why does this matter now? Because we are still in danger of falling under the sway of accepted truths and fantastical narratives of history. The book is a timely reminder that history is a science that helps us better understand the culture and politics of our own age—it is not sculptor’s clay, ready to be molded into whatever shape or form best suits our own blinkered, and often prejudiced, aesthetic vision. History does not owe us anything. It is not ours to manipulate or distort. 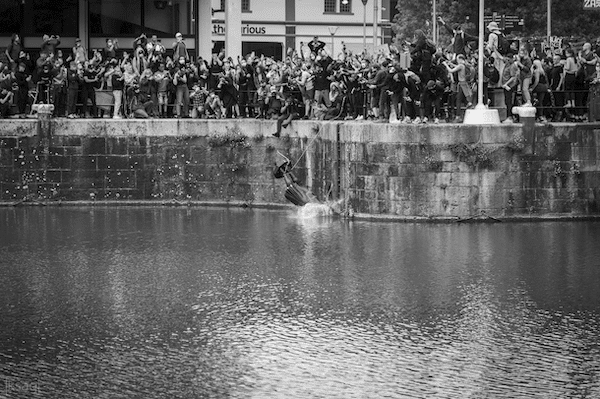 In June 2020, the statue of enslaver Edward Colston was toppled by demonstrators in Bristol—a city that appears again and again in the pages of Capitalism and Slavery, thanks largely to the profits from the trade in sugar and enslaved people that flowed across its docks. This trade was so lucrative that Bristol became the Crown’s “second city” until 1775. It was men like Colston who helped achieve this status—hence the statue.

Colston had been, but his work as a merchant, slave trader, and subsequently, a Member of Parliament is etched into the stone upon which Bristol stands. He was almost three centuries dead by time his bronze likeness was lobbed into the Bristol Channel, and he likely had very little opinion on the matter.

Fortunately for Colston, there were plenty of people in 2020 who did have opinions on the matter. History—their history—they cried, was being erased. The “armies of wokeness” and “politically correct groupthink” were destabilizing the proud heritage of the United Kingdom, they claimed. Sure, Colston traded in slaves, but it was a different time, and Colston was a great man—a true hero of the city and its people—not to mention the criminal damage, public order offenses, or the rights of the sculptor himself.

This is an example of historical distortion and manipulation at work, pursuing ends that are nothing short of racist. History has provided us with a figure—Colston—whose great wealth led to the rise of one of the UK’s most important cities. History has provided us with the facts regarding the sources of that wealth—the slave trade; the theft of dignity from our fellow human beings. History does not provide us a way with which we can separate the two—we cannot have one without confronting the other. Erecting a statue to Colston—celebrating Colston for his efforts and his achievements—means erecting a statue to the slave trade, too.

Nor does history provide us with icons who are beyond reproach. By searching history for unimpeachable icons—symbols of a particular set of values or ethics—we are destined only for failure. If, in response to our disappointment at finding flawed human beings in lieu of the pristine icons we seek, we resort to mythologizing and hagiography, we play a very dangerous game, indeed. In another of the twentieth century’s great social texts, Women, Race and Class, Angela Y. Davis examines the relationship between feminist heroes Elizabeth Cady Stanton, Susan B. Anthony, and the “women first, negroes last” policies of Democratic politician Henry Blackwell.

Blackwell spoke in support of women’s suffrage in the South, asserting that “4,000,000 Southern women will counterbalance 4,000,000 negro men and women”, retaining the “political supremacy of the white race.” Davis writes about the “implicit assent” of Anthony and Stanton to Blackwell’s racist logic as she explores the troubling and complex nature of women’s suffrage during its gestation.

Like Williams and his deconstruction of accepted beliefs regarding abolition, Davis’s analysis of racist attitudes in the women’s suffrage movement leads to an awkward confrontation. Stanton and Anthony made incredible contributions to the rights of women in the United States, and this should never be forgotten—but to turn a blind eye to the gross inequality that formed the backdrop to the movement is to deny this injustice altogether, leaving us with a flawed and incomplete understanding of our own history.

This approach—this honesty, this meticulousness—is found within the pages of Capitalism and Slavery, too. This is not simply an attack on the white establishment of the United Kingdom and their forbears in the heyday of the empire; this is a methodical analysis of the key drivers behind the rise and fall of the British slave trade. Williams’s work is certainly not an attack on abolition—a critical moment in establishing of a better world for all human beings—but neither does it seek to perpetuate false ideas of who and what made the moment of abolition a reality.

Two centuries before the slave trade reached its peak, the very concept of slavery was decried by the uppermost echelons of power in the British Empire. Queen Elizabeth I herself said that enslavement would “call down the vengeance of heaven,” and yet, by the eighteenth century, all sorts of mental gymnastics were deployed to justify the trade. Church leaders, Williams said, proposed that slavery could bring “benighted beings to the chance of salvation,” while conservative thinker Edmund Burke—himself a rigorous supporter of religion’s place in society—expounded on the slaveholder’s right to maintain ownership of “their property”, that is, the human beings they had paid for. It seems ethics and morality are not absolutes, and can be manipulated to support economic prosperity.

When such leaps of logic and desperate justification can support the rise of the slave trade, why should these moral contortions suddenly cease? Why should the voices of humanity win the day, defeating the barbarism of trans-Atlantic slavery and achieving a resounding—if delayed—moral victory? The answer is simple: they didn’t. Williams foreshadows the eventual collapse of the trade by presenting the views of contemporary economists Josiah Tucker and Adam Smith, who declared the trade to be expensive and inefficient. In the end, it would be economics, not ethics, that would defeat the United Kingdom’s plantations and slave ships.

If the going was good, the slave trade would continue, no matter how many horrific acts were perpetrated on the shores of Africa and on the islands of the Caribbean. When the market stopped being profitable—when the fiscal engine driving slavery forwards started to cough and sputter—the trade would cease. The laws of business and enterprise, as cold and inhuman as they are, were far stronger than any moral outrage.

More than eight decades have gone by since Williams completed his doctoral thesis, and it is pleasant to think that we have moved on a great deal since those days. After all, Williams was then a subject of the British Empire. Now, the citizens of Trinidad and Tobago—along with the citizens of other former colonies—are free to determine their own path in the world. In 1965, the United Kingdom passed the Race Relations Act, outlawing discrimination on the “grounds of colour, race, or ethnic or national origins”—a positive step towards a better, more welcoming nation.

But we should not wrap ourselves too tightly in this comfortable blanket of pleasant thought. In 1968, three years after the Race Relations Act was passed, Enoch Powell made his rivers of blood speech in Birmingham. Throughout the 1970s and ’80s, division and discrimination led to violent flashpoints as riots ripped through urban centers. In 1993, the tragic murder of Stephen Lawrence exposed the systematic racism at the core of UK policing. In 2018, the so-called Windrush Scandal, overseen by then-Home Secretary Theresa May, saw immigrant UK citizens stripped of their rights and their dignity. The fight against discrimination and prejudice is far from over, and no amount of historical airbrushing can compensate for this.

This is why Williams’s work is so relevant today: It reminds us to question the comforting and convenient narratives of accepted history. Twisting historical narratives to fit our own agenda—to reflect our own view of what Britain represents—is deceitful at best, and dangerous at worst. A more critical, clear-eyed, analytical approach to the past is necessary if we are to truly understand the challenges of the present.

John Burns is a freelance writer and editor from Nottingham in the United Kingdom, now residing in Yunnan, southwest China.