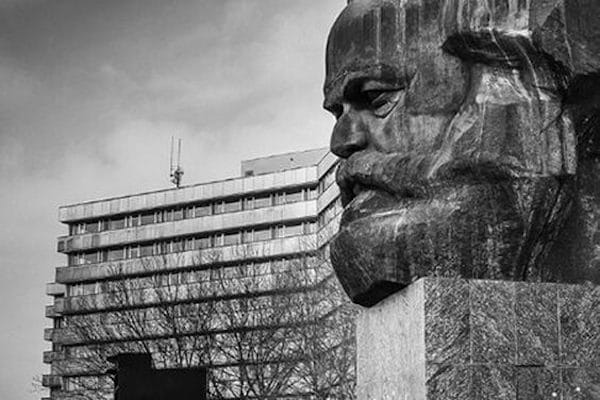 Marvin Harris- The Rise of Anthropological Theory: A History of Theories of Culture (2001). Reviewed By: Thomas Riggins

Within the heterogenous tradition of Marxism there are two diametrically opposed conceptions of popular culture: the elitist and vanguardist. The former is far from unique to Marxism, and it could be argued that such positions are antithetical to the popular sentiments of Karl Marx’s revolutionary thought. Such an orientation represents a dominant intellectual trend more generally, wherein the popular culture of the masses is considered devoid of positive value and categorically distinct from so-called high culture.1 Within Marxism, this elitism tends to assume that the ruling class has an absolute monopoly on popular cultural production. This position is perhaps best represented by Theodor Adorno, who categorically dismisses popular culture as insidious and debased. In his analysis of popular music, he goes as far as to distinguish between popular and “serious” music.2 Such positions overlook popular agency and the need to combat capitalist ideology on a social, rather than individual, level.

In contrast, vanguardists consider popular culture as a fundamental vehicle for mass education and the propagation of a particular worldview, in concert with a corresponding and underlying socioeconomic order. Proponents do not dismiss popular culture outright or conceive of it as inherently “bad” or “low,” but instead ask: popular culture for which class and toward what ends? Vanguardist praxis treats popular culture as “a terrain of contestation.”3

Another distinguishing characteristic of vanguardism is the belief in the intellectual capacity of the populace. Vanguardism is not simply a matter of being the most advanced. It also implies the ability to lead or give direction to the masses. On the intellectual field of culture, this entails a raising of consciousness. In response to the critique that ideas put forward in socialist publications were too complex for the working class to grasp, Antonio Gramsci observed the following:

The socialist weeklies adapt themselves to the average level of the regional strata they address. Yet the tone of the articles and the propaganda must always be just above this average level, so that there is a stimulus to intellectual progress, so that at least a number of workers can emerge from the generic blur of the mulling-over of pamphlets and consolidate their spirit in a higher critical perception of history and the world in which they live and struggle.4

Gramsci, therefore, rejects the extremes of both infantilizing anti-intellectualism (i.e., tailism) or isolated elitism. This is illustrative of how vanguardists can meet the people “where they are,” so to speak, and then work to move them to higher levels of class consciousness.

Gramsci and the lesser-known Peruvian Communist José Carlos Mariátegui—who is himself often compared to Gramsci—were not merely theorists of vanguardism. They actively practiced it and indeed, led this aspect of the class struggle in Italy and Peru, respectively. Both treated cultural and political issues as being deeply intertwined and sought to promote politically and intellectually developed popular culture for the working class and oppressed peoples in order to counter the dominant popular bourgeois culture. Their revolutionary praxis materialized in publications such as Gramsci’s L’Ordine Nuovo and Mariategui’s Amauta.

Gramsci looked with admiration at the strides made by the Soviet Union in making the arts accessible to the working class and the proliferation of revolutionary cultural institutions such as the Proletkult. The revolutionary fervor in the Soviet Union and the increasing militancy of Italian workers inspired Gramsci to create an institution for the development and propagation of proletarian culture in Italy. Out of this desire came the newspaper, L’Ordine Nuovo: Weekly Review of Socialist Culture, which Gramsci founded in 1919 with a group of intellectuals and revolutionaries that would later become a core group in the Communist Party of Italy. In its pages, readers found works of political prose alongside theater and literary criticism. The paper also introduced many to Communist artists and intellectuals from abroad, such as Anatoly Lunacharsky, Maxim Gorky, Henri Barbusse, and Romain Rolland. Reflecting on the initial impetus for the publication, Gramsci said,

The sole sentiment which united us… was associated with our vague yearning for a vaguely proletarian culture.5

The June 21, 1919, edition marked a significant shift in the publication from this somewhat eclectic initial phase into an organ for a concrete political program. Ordine Nuovo became not only a publication, but a core group representing something of a tendency or faction within Italian socialist politics—with a particularly heavy influence on labor struggles in Turin. Central to this solidification of political purpose was the factory council movement, which Ordine Nuovo fueled with its program to turn internal commissions of Turin factories into Italian soviets or councils. By directly empowering the workers to manage production themselves, Gramsci asserted that the councils would prepare the working class of Italy to take power and provide them with the competence to build and maintain a socialist society. The Ordine Nuovo group put its energies toward fostering a culture, by means of the councils, in which the workers would see themselves as producers within a larger cooperative system of production, rather than as atomized wage-earners.6 This culture was organically fostered through direct dialog with the workers themselves. With an air of satisfaction, Gramsci remarked that “To us and to our followers, Ordine Nuovo became ‘the newspaper of the factory councils.’ Workers loved Ordine Nuovo… [b]ecause in its articles they found part of themselves.… Because these articles were not cold, intellectual architecture, but were the outcome of our discussions with the best workers. They articulated the real feelings, will, and passion of the working class.”7

At the request of the workers, Gramsci and other members of Ordine Nuovo spoke regularly at council meetings. In September 1920, the revolutionary potential of the councils reached a high point when workers occupied factories and took direct control over production. At this time, the publication ceased, and Gramsci and the other members joined the workers in the factories “to solve practical questions [of running a factory] on a basis of common agreement and collaboration.”8

While the editorial line of the newspaper became more defined and motivated by concrete political goals, it still focused on fostering an organic popular culture of the working class, which it treated as an integral part of building socialism. This included the creation of the School of Culture and Socialist Propaganda, which was attended by both factory workers and university students. Among the lecturers were Gramsci and the other members of Ordine Nuovo, as well as several university professors.9 Such efforts were vital in the intellectual and ideological preparation for the establishment of an Italian socialist state, at which time “[b]ourgeois careerism will be shattered and there will be a poetry, a novel, a theatre, a moral code, a language, a painting and a music peculiar to proletarian civilization.”10 While Italy would soon see the horrors of fascism—rather than the establishment of this proletarian civilization, and thus the full development of a national proletarian culture—the militant working class culture fostered by Gramsci and Ordine Nuovo could never be fully snuffed out by the Mussolini regime. The cultural politics of Gramsci would also have a lasting influence beyond Italy.

Such influences are apparent in the works of José Carlos Mariátegui, who had been in Italy at the time of the founding of its Communist Party and identified most closely with the Ordine Nuovo group. After returning to Peru, Mariátegui put his newfound Marxist convictions to use in a variety of endeavors, including the production of the journal, Amauta, which was heavily influenced by Gramsci.11

Published from 1926 to 1930, this groundbreaking and visually stimulating journal was Mariátegui’s primary vehicle for uniting the cultural and political vanguards of the time.12 In his introduction to the inaugural issue, Mariátegui states: “The goal of this journal is to articulate, illuminate, and comprehend Peru’s problems from theoretical and scientific viewpoints. But we will always consider Peru from an international perspective. We will study all the great movements of political, philosophical, artistic, literary, and scientific renewal. Everything that is human is ours.”13 Along these simultaneous lines of inquiry into Peruvian society and internationalism, Amauta brought together leading artists, intellectuals, and revolutionaries of Peru, Latin America, and Europe. In addition to featuring much of Mariátegui’s most enduring works, it featured other key Peruvian figures, such as the feminist activist and poet Magda Portal and leading indigenist artists José Sabogal and Camilo Blas. Reaching beyond Peru’s borders, the journal also featured contributions by Diego Rivera, Pablo Neruda, Henri Barbusse, Romain Rolland, and Georg Grosz. Likewise, its readership was also international. In addition to being available throughout much of Latin America, it was also distributed in New York, Madrid, Paris, and Melbourne, Australia.14

Mariátegui was at the center of the vanguardista movement in Peru. This youthful and creative movement concerned itself with the creation of a “new Peru,” which would break from the prevailing oligarchic traditions inherited from Spain.15 While diverse in focus and orientation, vanguardistas sought to create new social, political, and cultural forms. According to Mariátegui,

A current of renewal, ever more vigorous and well defined, has been felt for some time now in Peru. The supporters of this renewal are called vanguardists, socialists, revolutionaries, etc.… Some formal discrepancies, some psychological differences, exist between them. But beyond what differentiates them, all these spirits contribute to what groups and unites them: their will to create a new Peru in a new world.… The intellectual and spiritual movement is becoming organic. With the appearance of Amauta, it enters the stage of definition.16

For its part, Amauta promoted anti-imperialism, gender equality, and internationalism as core principles of its national vision.

A new Peru would have to resolve the “Indigenous question”—the most pressing issue for Mariátegui. To aid in this endeavor, the journal laid bare the semi-feudal/semi-colonial nature of Peru’s economy, which relied on the socioeconomic subjugation of the country’s Indigenous population, and acted as national forum and network for otherwise regionally isolated Indigenous peasant organizing.17 Every issue also promoted a plurinationalism that included Quechua and Amari people in the Peruvian identity and body politic. In stark contrast to the national bourgeoisie, which saw Spain as the source of Peruvianness, the journal promoted a national identity and culture centered around the country’s Indigenous population, as was reflected by the majority of its content. This included articles analyzing racialized relations of production, Indigenous-centered art, and even the very name of the journal, Amauta being Quechua for “wise one” and a title given to teachers in the Inca Empire. As Mariátegui states in his introduction of issue 17 (September 1928), “We took an Inca word to create it anew. So that Indian Peru, Indigenous America might feel that this magazine was theirs.”18 Previously excluded and infantilized, Indigenous people were central to the pages of Amauta, and to the national culture it fostered.

Amauta aimed to polarize Peru’s intellectuals and bring readers under the banner of Marxism-Leninism.19 Its content was particularly important in organizing and providing direction to the country’s rural and Indigenous populations.20 It also helped to establish Indigenismo as Peru’s dominant school of art, thereby fostering a national culture in opposition to the colonial culture inherited from Spain.21 As the most popular Latin American journal of its time, it was central in the propagation of an Indigenous and peasant-centered Marxism that would come to characterize socialist movements throughout Latin America.

The works of Mariátegui and Gramsci were instrumental in the development and dissemination of popular subaltern culture. Through dialog and collaboration, Amauta and L’Ordine Nuovo would come to be leading outlets in the education of the masses along explicitly revolutionary lines. In contrast to both anti-intellectualism and elitism, the cultural projects of Mariátegui and Gramsci represent the vanguardist conviction that the masses are capable both of understanding complex or advanced ideas and of developing their own organic culture divorced from the ruling.

Christian Noakes is an associate editor at the journal Peace, Land, and Bread.