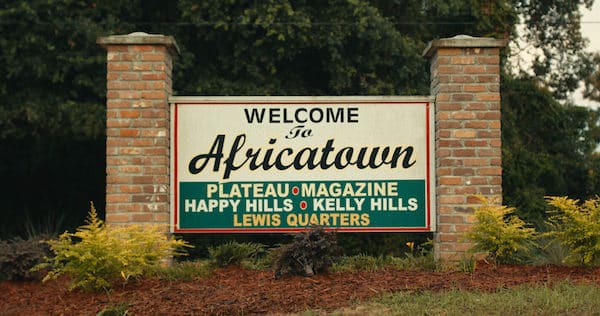 In the spring of 1860, wealthy businessman Timothy Meaher made a bet that he could illegally kidnap and ship Africans from Africa to Mobile, Alabama, without being detected by federal officials. Fifty-two years earlier, the U.S. Congress passed the Act Prohibiting Importation of Slaves, which ended the United States’ legal involvement in the international slave trade.

While transporting Africans to the United States for slavery was now prohibited, U.S. slave traders turned to the existing slave breeding industry, which grew after the ban on importing Africans. But the story of the bet Meaher made, as well as the ship, “Clotilda,” he financed, and the descendants of the Africans brought to Mobile, Alabama, are the focus of a recently released Netflix documentary, “Descendant.”

Kamau Sidiki, master diver and contributor to the Slave Wrecks Project, notes in the opening scenes of the documentary, “There were over 12,000 ships making over 40,000 voyages over 250 years of slave trade. To date, there are only five [slave] ships in maritime history in the database. Why is that?” It should be noted that Sidiki was crucial to finding and verifying the authenticity of the Brazilian slave ship, Sâo José Paquete de Africa.

Author Zora Neale Hurston’s Barracoon: The Story of the Last “Black Cargo” looms large in the documentary, as the focus of her novel was one of the captives aboard the “Clotilda,” Cudjo Lewis, born Oluale Kossola in what is now the West African country of Benin. Lewis was the last living survivor of the “Clotilda” at the time Hurston wrote his account in 1931 (the book was only recently published in 2018).

It is through the words of Lewis, and the oral history of the enslaved ancestors passed down through the generations that they have kept alive the story of the lost slave ship. Oddly, it is through this oral history that the bet, the crime, and the attempt to cover it up are also conveyed and should lead viewers to wonder how much of your family’s oral history is just exaggerated family lore, or hidden history only revealed when the grandkids go to visit Grandma and Grandpa and ask them,

What happened back then? A painting of the “Clotilda” / credit: Participant Media / Netflix

Videotapes from 25 years ago of the griots of Africatown, a community of the descendants three miles north of downtown Mobile, Alabama, recount not only the lore that is fact, but the terror campaign waged against them to silence them throughout generations about the crime of which their very existence is evidence. Griots are traveling poets, musicians and storytellers who maintain a tradition of oral history in parts of West Africa.

‘One of the Africans’

The Black families of the now long-gone Africatown are the offspring of the last Africans brought to the United States. They identify themselves as “one of the Africans” with pride. They do this while recounting their connection to the formerly missing ship, the “Clotilda,” with righteous indignation at the forces that tried to silence the story and with hope that the physical connection to their ancestry would be found. It was impossible not to see the pride in these people. The imprint of the family that carried out the crime marks Alabama today. Street signs and parks are named after the slave-owning Maeher family. The ancestral land of the first African stolen from their homeland, who had to buy land from their former slave owner to establish Africatown, is today surrounded on all sides by Maeher family-owned heavy industry that pollutes the air, water, and soil. The pollution has caused significant health problems for residents of Africatown. In a way, “Descendant” is also a chronicle of how capitalism undergirded and evolved the slave trade. Just as capitalism kept Africans enslaved at the bottom for centuries during slavery to help develop the United States as a global economic powerhouse, it kept freedmen at the bottom for 100 more years under racist Jim Crow laws. And, today, the Black working class and poor are at the bottom.

There is no delineation between the past and the present in “Descendant,” and that is an accurate reflection of the relation of slavery and its atrocities to the present condition of the descendants of the “Clotilda,” and the rest of the descendants of Africans brought to this country to be enslaved. And the descendants reflect that throughline of history not only in keeping the history of the “Clotilda” alive, but also through their continued embrace of African culture. African dance is part of celebrations, spiritual rituals honor their ancestors, and their everyday wardrobe includes African dress and jewelry. They are African, and they are proud to be.

But “Descendant” also holds an important lesson to be aware of: When the powerful, who have suppressed the truth for centuries and have profited off of their continued oppression of others, can no longer avoid facing the truth once exposed, do not expect them to take any responsibility for their actions or offer fair compensation for the damage they have done. They will only offer empty platitudes and meaningless window dressing to the affected. Whatever tangible efforts materialize from any agreement between the aggrieved and their oppressors will always ultimately—in this capitalist system that they built their wealth of oppression upon—benefit those who have always held the power.