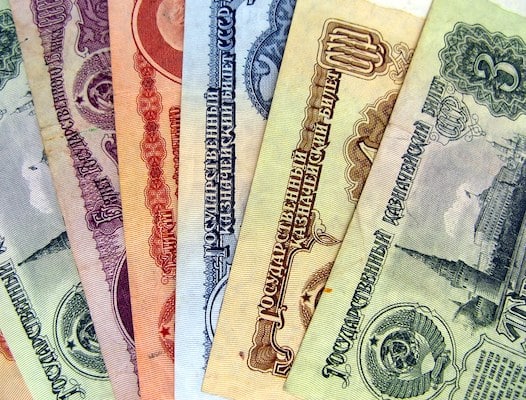 The tough sanctions blockade created the necessary prerequisites for a 180-degree turn in Russian foreign trade. The main foreign economic partners are the EAEU member countries, China, India, Iran, Turkey, the United Arab Emirates, etc. And with each of these countries, the Russian Federation has a trade surplus. According to preliminary estimates of the Bank of Russia, in January-September 2022, it strengthened to $198.4 billion, which is $123.1 billion more than in the same period last year. This surplus was taken out of the country (at the same time, half went to pay off the external debts of Russian companies with their replacement by domestic ruble lending) and is reflected in the balance of payments item “net capital outflow”.

In friendly countries, the process of de-dollarization is underway, the share of settlements in “soft” currencies is growing. In September, Russia became the third country in the world in terms of the use of the yuan in international payments. According to the Central Bank, in recent months, yuan trading accounts for up to 26% of foreign exchange transactions in the Russian Federation. The yuan/ruble pair on the Moscow Exchange has more than once overtaken the dollar and the euro in terms of daily trading volume. When using yuan, rupee, rial, etc. in foreign trade settlements of the Russian Federation and the presence of a trade surplus, the result is the accumulation of multibillion-dollar cash balances on the accounts of Russian exporters in “soft” currencies in the banks of the above partner countries.

The accumulation of funds in “soft” currencies will increase in the future. But since this money is also subject to exchange rate and possible sanctions risks, it becomes necessary to sterilize their excess mass. The best way is to buy non-sanctioned gold in China, UAE, Turkey, possibly Iran and other countries for local currencies. The “foreign” gold purchased by the Russian Central Bank can be stored in gold and foreign exchange reserves (GFR), within certain limits being in the central banks of friendly countries, can be used for cross-country settlements, currency swaps and clearing operations. Part of the gold may be repatriated to Russia.

Russia’s transition in relations with friendly countries to trade in national currencies is the right tactical decision, but not a strategic one. If pricing continues in dollars on Western exchanges, trade flows are insured by British companies, then there is no real decoupling from the Western “distorting mirror”—derivative pricing systems.

In the face of unprecedented sanctions pressure, Russia’s task is not to learn to play by the “crooked rules” of the West, but to build transparent and mutually beneficial rules of the game with friendly countries, to create their own pricing systems, exchange trading, and investment. And gold can be a unique tool in the fight against Western sanctions, if you count in it the prices of all major international commodities (oil and gas, food and fertilizer, metals and solid minerals). Fixing the price of oil in gold at the level of 2 barrels. for 1 g will increase the price of gold in dollars by 2 times, calculated the strategist of Credit Suisse Zoltan Pozhar. This would be an adequate response to the “price ceilings” introduced by the West—a kind of “floor”, a solid foundation. And India and China could take the place of global commodity traders instead of Glencore or Trafigura.

Gold (along with silver) has been the core of the global financial system for millennia, an equivalent, an honest measure of the value of paper money and assets. Now the gold standard is considered “anachronistic”. It was canceled in its final form half a century ago (the United States announced the “temporary” closure of the “golden window” adopted in 1944 at Bretton Woods), re-pegging the dollar to oil. But the era of the petrodollar is coming to an end: now they are already talking about the petroyuan and other mechanisms to limit the abuse of the status of the world reserve currency issuer. Russia, together with its eastern and southern partners, has a unique chance to “jump off” the sinking ship of the dollar-centric debt economy, ensuring its own development and mutual trade in the accumulated and extracted strategic resources.

This is not the first possible attempt by Russia to introduce a hard ruble based on a gold peg. Gold standard in the 19th century Rothschild lobbied in Europe—this gave him (and Britain) the opportunity, through gold loans, to subordinate continental Europe to the British financial system. Russia joined the “club” under Count Witte. “Golden ruble 1.0” ensured the process of capitalist accumulation, while tying domestic bankers and industrialists to sources of Western capital. There was no large-scale gold mining in Russia at that time—the industry appeared already under Stalin.

Gold played an important role both in industrialization and in the post-war refusal of the USSR to join the dollar standard (at that time the country accumulated record gold reserves). Having signed the Bretton Woods agreements, the USSR did not ratify them, defining the peg of the ruble not to the dollar (which was a condition for participation in the Marshall plan), but to gold and to “the entire wealth of the country.” “Golden Ruble 2.0” ensured the rapid recovery of the economy after the war, made it possible to implement nuclear and missile projects. The reformer Khrushchev abolished the ruble’s peg to gold, having carried out a monetary reform in 1961 with the actual devaluation of the ruble by 2.5 times and its peg to the dollar, creating the conditions for the subsequent transformation of the country into a “raw material appendage” of the Western financial system.

Now the conditions for the “Golden Ruble 3.0” have objectively developed.

The sanctions imposed against Russia have boomeranged the Western economy. The geopolitical instability provoked by them, rising prices for energy carriers and other resources, inflation and other negative factors put strong pressure on the global economy, in particular the global financial market. In 2023, all these circumstances will objectively affect the change in the stereotypes of investment policy in the world—from risky investments in complex financial instruments to investing in traditional assets, primarily gold. According to Saxo Bank analysts, in 2023, increased demand for this metal will lead to the fact that its price will rise from the current $1,800 per ounce to $3,000. As a result, there is a real opportunity in the very near future to significantly increase gold reserves—both by increasing the physical volumes of gold and by revaluing its value.

Large gold reserves allow the country to pursue a sovereign financial policy and minimize dependence on external creditors. The amount of reserves affects the country’s reputation, its credit rating and investment attractiveness. Large reserves make it possible to plan the state budget for a long time, stopping many economic and political risks. In 1998, the lack of sufficient international reserves became one of the causes of the crisis, which ended in default for Russia. Now our country already has large gold and foreign exchange reserves, having the fifth index in the world (after China, Japan, Switzerland and India) and ahead of the United States, but this is not enough.

The volume of annual gold production is estimated at only (at current prices) at $200 billion, the volume of accumulated reserves—at $7 trillion, of which the central banks have no more than a fifth, and in the III quarter they bought a record 400 tons of gold. The People’s Bank of China announced for the first time in many years that it was building up its gold reserves. But the Bank of Russia publicly told the market that buying gold is a bad idea, as it leads to excessive monetization of the economy, and set a discount to the world price of 15%. As a result, gold miners are experiencing double stress: the West has outlawed Russian gold, banning any transactions with it, and the Central Bank of the Russian Federation is pushing gold (as well as currency) abroad, giving companies the right to export everything through intermediaries with remelting or rebranding of the metal in “good jurisdictions” .

In China, which ranks first in the production of gold, there is a legal ban on the export of all mined gold. According to the Shanghai Gold Exchange, over the past 15 years, customers have seized (received in physical form) 23,000 tons of this metal. India is considered the world champion in gold accumulation—more than 50,000 tons (the Reserve Bank of India has almost 2 orders of magnitude less). For the last quarter of a century, there has been a flow of gold from West to East through the main hubs (London, Switzerland, Turkey, UAE, etc.) with a capacity of 2000—3000 tons per year. Has the “despicable metal” remained in the vaults of Western Central Banks, or is it all “demonetized” through swaps and leasing? The West will never say that, and there will be no audit of Fort Knox.

Over the past 20 years, the volume of gold mining in Russia has almost doubled, while in the United States it has almost halved. It’s like with the uranium deal (HEU-LEU): by demonetizing real wealth, the United States has lost competence and interest in the production and processing of these strategic resources (both gold, and uranium, etc.)—the printing press will ensure the purchase of everything we want. The same thing happened, for example, with the extraction of rare earth metals—it almost entirely went to China. It’s time to reap the rewards: the States are frantically buying in Russia (as their customs statistics for recent quarters show) palladium, uranium, and other resources.

Gold mining, which today barely occupies 1% of GDP, may well grow (due to the growth of both production and relative oil prices) to 2-3% of GDP and become the basis for the rapid growth of the entire commodity sector (30% of GDP) and the balancing of foreign trade , which is still based on the tyranny of the issuers of “hard” currencies and the risks of devaluation and insufficient convertibility of “soft” currencies. In this case, Russia, due to a well-organized global “gold rush” (and the population of Russia, following the world central banks, has already increased investment in gold by 4 times compared to last year) will be able to increase gold production (only due to three large, already commissioned deposits ) from 330 tons by 1.5 times to 500 tons, becoming the world leader in this strategic industry as well. As a “bonus” we will get: a strong ruble, a strong budget and—in the implementation of the accelerated development strategy—a strong economy.